Primera Air just announced flights from the U.S. to Europe for $99 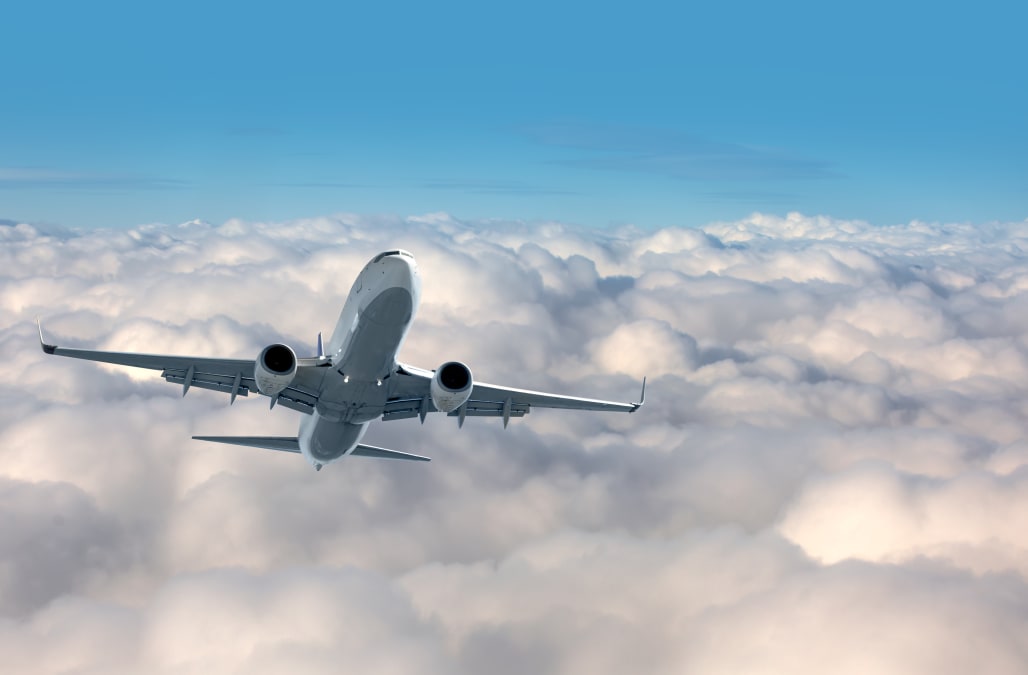 You want to spend a spontaneous week in London, sipping afternoon tea and visiting Buckingham Palace? That's great! But in between pricy international flights and scrounging for occasional deals that come and go in 24 hours or less, visiting Europe on the cheap isn't the simplest affair.

Meet Primera Air, the budget airline based in Denmark and Latvia that recently announced it will be offering $99, one-way flights to Europe, starting in spring of 2018. According to Condé Nast Traveler, the flights will run each week from Newark and Boston to Birmingham, London and Paris.

Photo courtesy of The Brando

Of course, like all budget carriers, a few extra fees are to be expected (for instance, checking a bag will cost you $45, and another $45 will give you the privilege of picking your own seat). For some passengers used to business-class amenities, these extra charges can quickly outweigh the savings, but for those who don't mind packing light, it's hard to deny what a steal these tickets—which you can start purchasing now—are for a trip across the globe.

10 countries not to travel alone
10. Lebanon

About: Lebanon is located at the crossroads of Asia and Europe, and has been thrust into the center of political and religious upheavals throughout history.

Criticism: The country has juggled periods of political stability and economic prosperity with violent sectarianism and a deadly civil war. An influx of refugees has put a stress on the economy, and the Syrian civil war has triggered increasing sectarian violence in Lebanon in recent years. The nation ranks among the lowest countries in the 2017 Best Countries Rankings for quality of life and citizenship.

About: Azerbaijan is a presidential republic, but its government's reputation has been marred by claims of corruption and a criticized human-rights record.

Criticism: Amnesty International, Human Rights Watch and Reporters Without Borders have condemned the nation's treatment of its critics and journalists. Azerbaijan is regarded as a center for craft art, but still it ranks among the lowest countries in the 2017 Best Countries Rankings for cultural influence and heritage.

About: The Federal Republic of Nigeria split from the United Kingdom to claim its independence in 1960, but was plagued by years of violent civil war and military rule.

Criticism: A majority of the country's citizens live in poverty, and one-third of Nigerian children have never enrolled in school. Nigeria also has the highest rate of HIV/AIDS-related deaths in the world. Security is a concern in the country, as Islamic extremist group Boko Haram has built up its presence in the region. Christians have fled the country to avoid the severe enforcement of Islamic law.

About: Algeria waged an eight-year war for independence from France before becoming an independent country in 1962, and then faced years of civil war between its military and Islamist militants in the 1990s. The majority of the country is covered by desert.

Criticism: Algeria's economic challenges are exacerbated by corruption. As for civil liberties, Human Rights Watch claims the government restricts free speech and the right to assemble and peacefully protest.

About: The Republic of Angola experienced a decades-long civil war between competing independence movements, but while peace was reached in 2002, the nation and its people and economy are still recovering.

Criticism: Angola is rich in diamonds, but much of the country lives in poverty. Nearly a third of all citizens are illiterate, and a flood of displaced citizens returning to the now peaceful country have put a strain on the economy. The nation lands among some of lowest ranking countries in the in the 2017 Best Countries Rankings for adventure, cultural influence, entrepreneurship and heritage.

About: Oman is the oldest independent state in the Arab world, and profited from the slave trade in the 1800s. The Sultan of Oman at one time enforced a police and internet crackdown, but the government eventually allowed for more civic participation. Oman held its first municipal council elections in 2012.

Criticism: The country has avoided some of the militant Islamist violence that has targeted its neighboring states, but is still strained by a government deficit. Rights groups have called Oman repressive and criticize its censorship.

About: Kazakhstan is a land rich with natural resources, but challenged by a weak national identity. A nation largely influenced by Russian culture, Kazakhstan is struggling to revive traditions.

Criticism: The country falls among some of the lowest ranking countries in the 2017 Best Countries Rankings for heritage, entrepreneurship, cultural influence and adventure. Rights groups claim the country has cracked down on dissent and have accused officials of restricting freedoms.

About: Saudi Arabia struggles to find a balance between security, control and the pressure to increase democracy. The imbalance has led Saudi authorities to battle protesters and extremist groups.

Criticism: The country's citizens are granted very limited freedom of expression, and international rights groups have criticized the government's use of torture on detainees and public executions.

About: Pakistan is a country plagued by social unrest, political instability and corruption.

Criticism: Security concerns are on-going in the country. Pakistan ranks in the bottom 10 countries in the 2017 Best Countries Rankings for adventure, citizenship, cultural influence and quality of life. It's also among the destinations included on the U.S. Department of State's most recent advisories against travel.

About: Iran is home to one of the largest populations in the Middle East, with 80.8 million people. Despite experiencing some secular reforms and a glimpse of democracy in the mid-20th century, Iran is governed today by an authoritarian regime.

Criticism: Iran ranks last among the 2017 Best Countries Rankings for adventure, citizenship and quality of life. The U.S. Department of State also issued a travel warning for the country in August 2016.

Also, unlike some other wallet-friendly airlines, Primera's planes do include some niceties for your transatlantic crossing, including electrical outlets and, more importantly, Wi-Fi. Before you residents outside the Northeast start to bang your heads against the keyboard, remember that sometimes it can still be cheaper to board a domestic flight to the East Coast before catching Primera Air's sub-$100 flight to Europe.

More from AOL.com:
Family furious after child with lice gets them kicked off Delta flight
US to impose stricter electronic carry-on airport screening
The secret behind how JetBlue has amassed such a loyal customer base -- and how they're absolutely killing the competition

The North Face is having a massive half-off sale