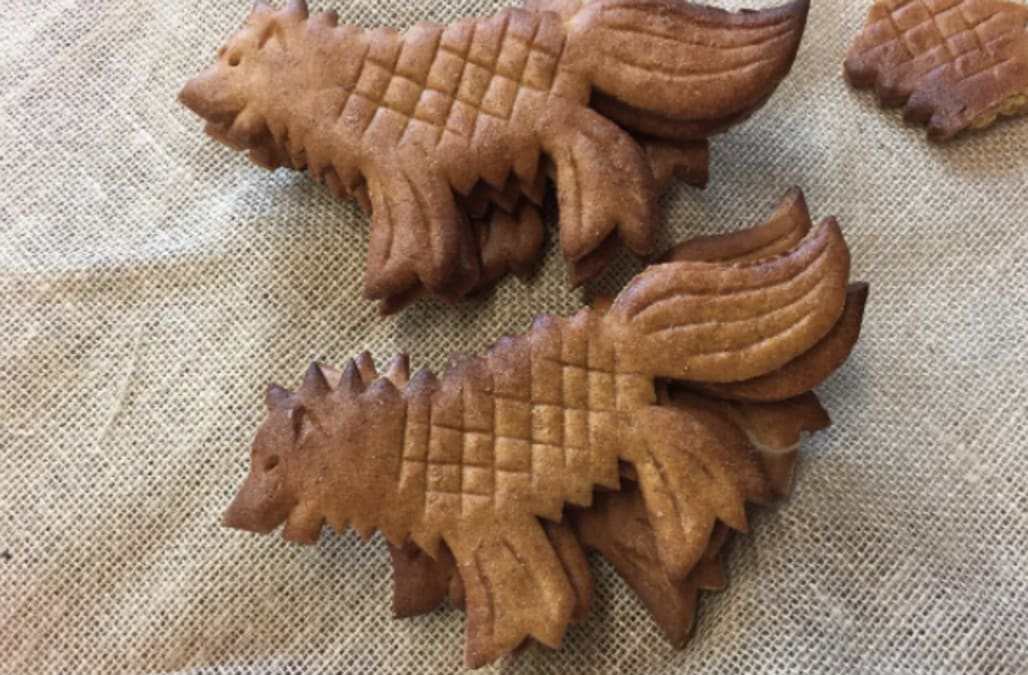 Now, instead of plopping down on your couch to watch this week's 'Game of Thrones' episode, you can enjoy White Walkers and Kit Harington's abs with a plate full of direwolf-shaped bread.

The actor behind the character 'Hot Pie', Ben Hawkley, recently opened a bakery fittingly called 'You Know Nothing John Dough' in London. Hawkley opened the bakery with a recreation of the direwolf bread his character baked for Arya Stark, coinciding with the recent premiere of season 7.

"Hot Pie's Direwolf loaves are a favourite for Game of Thrones fans, and people are always asking me for the secret of my recipe," he said, according to Digital Spy.

According to the publication, the whole wheat cornbread loaves are made with orange zest and are served warm with soft butter.

These goodies from 'John Dough' are available to fans in London from Deliveroo (although it's right now sold out) -- and American fans are anxiously waiting for a taste!

More from AOL.com:
Olive Garden will soon introduce Cookie Butter Cake to its menu
Revolting photo of what's allegedly inside McDonald's McFlurry machine goes viral
Here's the reason for the foam on top of your beer