Here's the reason for the foam on top of your beer 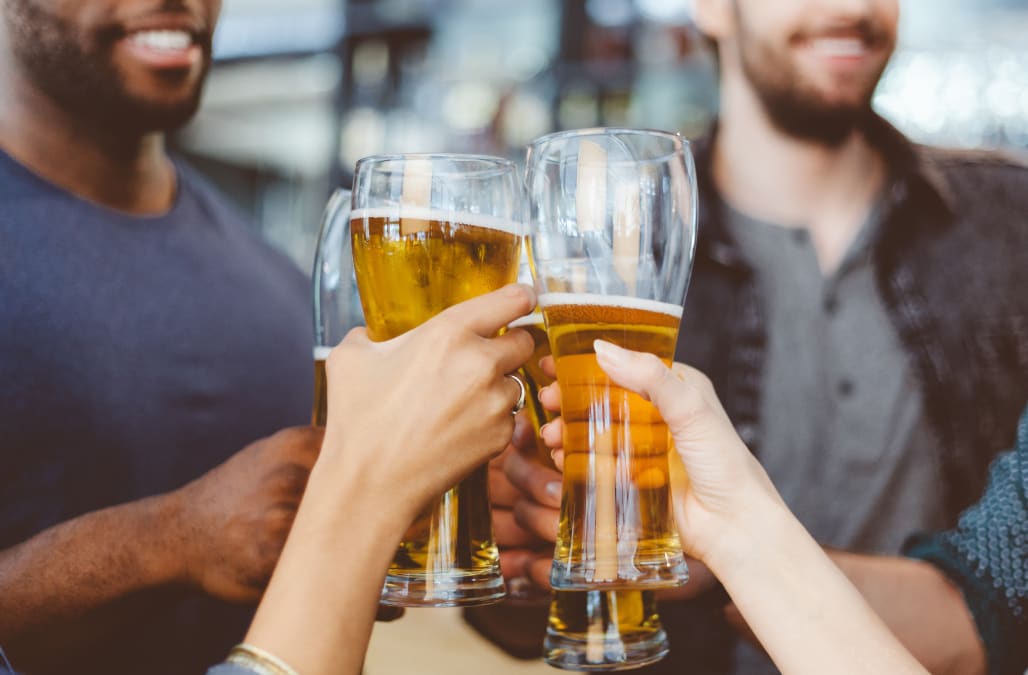 Some love it and some hate it, but what exactly is that bubbly foam at the top of your favorite brew?

A brewing expert spoke to Fox News about the reasons for beer foam in the first place.

Kyle Wilson, head of brewing at Brooklyn Brewery, says the first reason is the smell, saying "it plays a vital role in releasing all of the aromatics that the brewer works really hard to put into the beer."

According to craftbeer.com, foam affects taste in many ways.

In fact, taste effects are actually perceived physically, like the "cool" taste of mint or the "hot" sensation of chili peppers.

Wilson also says it makes the beer have a softer experience.

There are active compounds that move into the bubble walls as they percolate the top of your glass.

So whether you love or hate the foam in your beer, don't blame your bartender if there is too much or too little.

There's a lot of reason behind it!

More from AOL.com:
5 of the coolest jobs in food (that don't even involve cooking)
6 historical women and what their diets said about them
Olive Garden will soon introduce Cookie Butter Cake to its menu