Shark Week treats you'll be dying to bite into 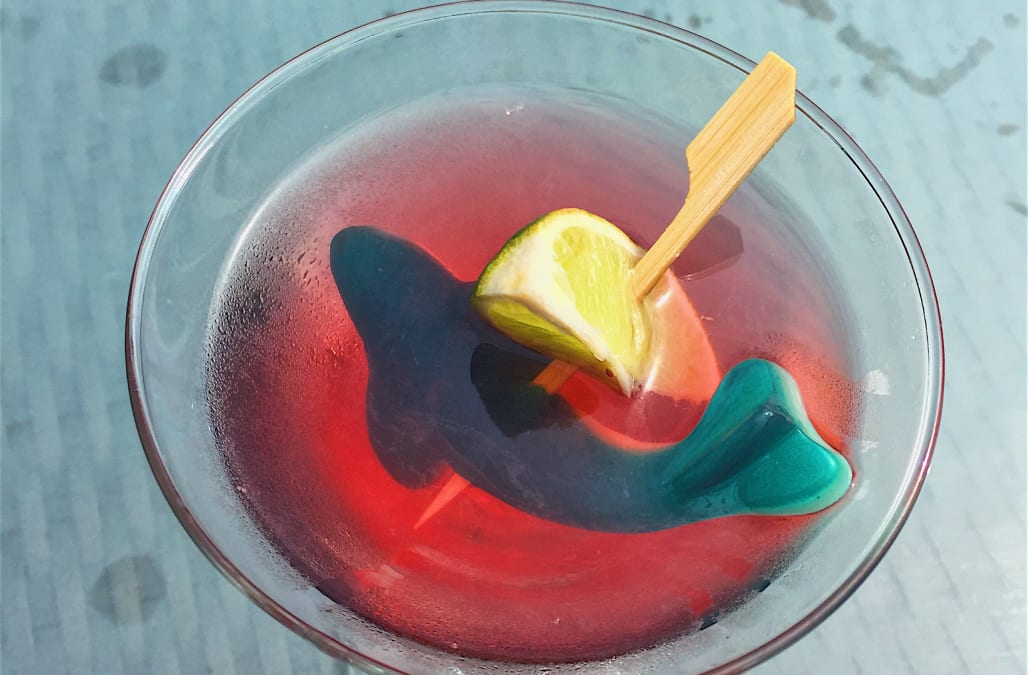 Shark Week enthusiasts around the world were left disappointed by Michael Phelps' race against a great white shark after the decorated Olympian's competition turned out to be nothing more than a computer generated image of the massive predator.

But worry not, dear shark lover, the week's festivities are far from over.

There's still plenty of time to celebrate one of nature's most terrifying creatures -- and what better way to do so than with themed treats?

Marriott International has come up with a plethora of delicious Shark Week snacks and drinks, which are guaranteed to both satisfy your appetite and leave you hungry for more.

Check out our favorite finned foods and beverages:

During the week of July 16, specials include Fish & Chip Bites and Blackened Fish Tacos. Bar goers can sip on a Blood in the Water cocktail or Landshark Lager while trying their hand at corn hole with a shark bean bag.

Broadway Lounge at the New York Marriott Marquis in Times Square will celebrate Shark Week for guests and New Yorkers to enjoy.  During the week of July 23, starting at noon each day, Broadway Lounge will dive into Shark Week on its multiple screens.

The bartenders will also be serving a specialty Shark Week cocktail, along with fun food items.

At Visteur Bar and Lounge at Washington Marriott Georgetown, the Shark Bite Cocktail will have a mock shark fin inside the ice and the “How to Attract Sharks” menu will have dishes such as Avocado Shrimp and Scallop Ceviche served in Scallop Shells.
From July 16-30, jump in with the sharks at Washington Marriott Wardman Park which will have the shark floats in pool.  On dry land, enjoy specials like the Shark Bait Beer Bucket, Reef Shark Cocktail, and Cilantro Mango Lime Mako.
Up Next

But you better hurry -- just like this much anticipated week, these snacks won't last forever!

More from AOL.com:
6 historical women and what their diets said about them
Olive Garden will soon introduce Cookie Butter Cake to its menu
15 New Orleans restaurants you must eat at before you die

Foodies are obsessed with this hot honey

Get free Food Network Kitchen with this Echo deal