Healthy foods that are actually not that good for you 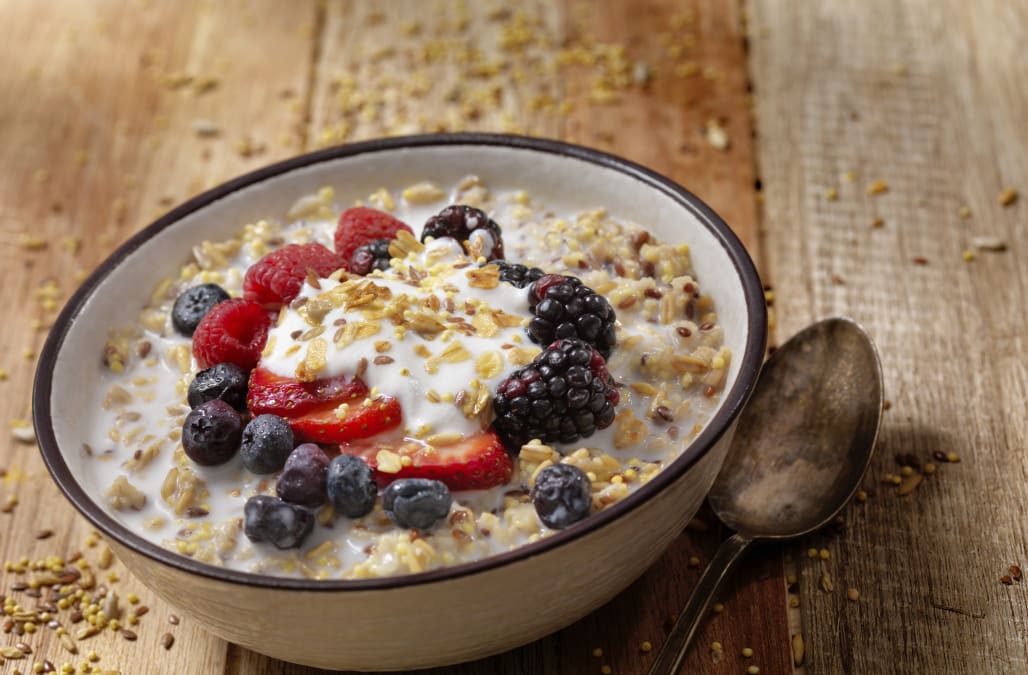 Deciding what to eat can be arduous if you are trying to eat healthily. After all, a box of cookies always looks delicious.

According to a list by Cosmopolitan, it turns out though that some of the foods people think are healthy, really are not.

RELATED: Foods you think are super healthy (but aren't)

Foods you think are super healthy (but aren't)

If you like yogurt, learn to love plain or natural flavor and avoid fruit flavored ones. More often than not, they're packed with sugar and not actual fruit.

Granola is another misleading food. Yes, the rolled oat and nuts seem like a healthy option, but the pre-packed ones often come loaded with sugar. You could easily be having 500-plus calories in a single bowl.

Don’t be fooled by the "gluten free" label. That doesn’t necessarily mean the food is actually healthy. If it’s packaged or processed it can be as bad as anything else.

Frozen foods can be practical and some people even say good, but they are full of calories. Even the diet versions are low in fat but still heavily processed and high in sodium.

Margarine has been known as the healthy alternative for butter, but according to Reader’s digest, the trans fats in it can elevate your cholesterol and damage the walls of your blood vessels. The real alternative is olive oil.

If you have been swapping frozen yogurt for ice cream in an attempt to make a good choice, it turns out, just because it has the word yogurt in the name doesn't mean it is a healthy.

There is sugar galore in frozen yogurt, so while it might be a little better than ice cream, it's not great.

Same thing goes for that nutritious fruit smoothie for breakfast.

Yes, it has fruit in it, but fruit contains sugar and that will not help keep the waistline trim. It's better to just eat a piece of fruit.

Frozen diet meals are also not the best choice. They might be low in calories and fat, but they are probably high in additives. It's better to just cook a low-calorie meal at home.

But, definitely, cook the meal and avoid the energy bar. These are quick meals on the go, but like so many other things that taste good, they are packed with sugar.

Well, if these convenience healthy foods aren't any better for you, I guess that means a trip to the drive through is just as good.

More from AOL.com:
Best foods to eat from your 20s to your 70s
Start your day off right with this pomegranate smoothie bowl
8 foods that you can have as often as you want -- and not gain weight

8 must-have accessories for your new iPhone 12