6 foods you should never, ever cook in a cast-iron skillet 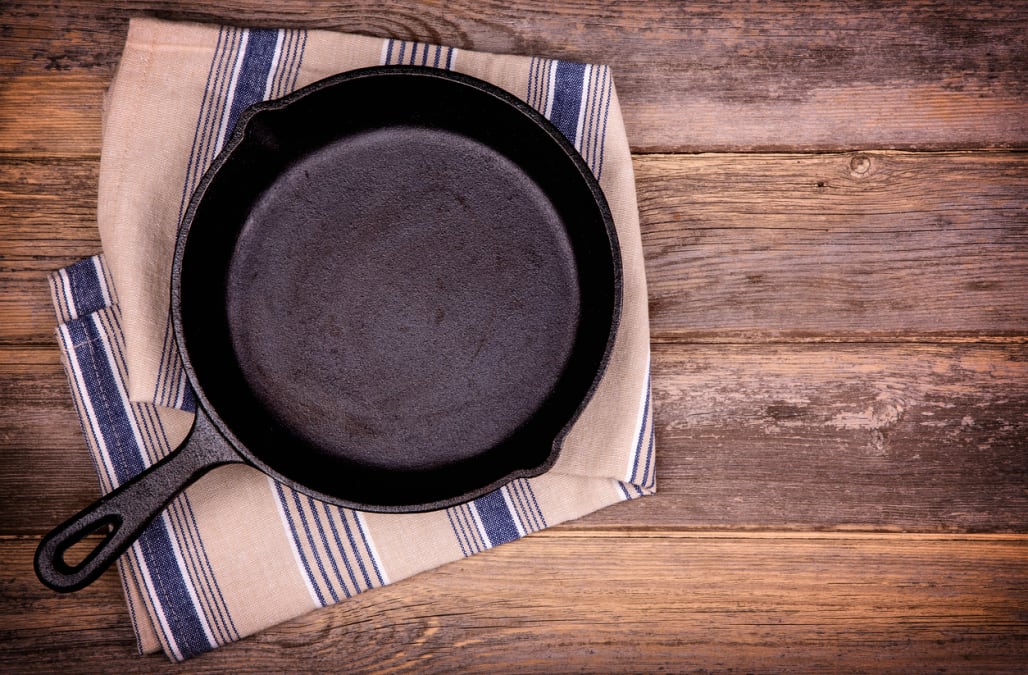 A cast iron skillet is a beautiful—albeit tricky—thing. Fail to season it properly or use the wrong ingredients and you'll end up with a rusty, crunchy mess. But treat it nicely (with lots of oil) and it'll be oh-so-good to you. (Think: one pan for the rest of your life.) Here, six foods to avoid so that you and your pan can live happily ever after.

6 PHOTOS
6 Foods You Should Never, Ever Cook in a Cast-Iron Skillet
See Gallery

6 Foods You Should Never, Ever Cook in a Cast-Iron Skillet

So here’s the deal: The more seasoned your pan is, the better it will perform. But when you first get your pan, you should avoid cooking sticky foods in there (like scrambled eggs) because, well, they’ll stick. This is bad news for your meal (Browned eggs? No, thanks) and for your pan, since you generally want to avoid scrubbing it with soap, which can remove the seasoning. That doesn’t mean you won’t be able to whip up a delicious omelet eventually, but just give your pan some time to develop a nice coating of fat first.

Acidic ingredients (like tomatoes, lemons and vinegar) can react with the pan’s metal and cause it to leach into your food. Not only can this give your dish a slightly funky taste but it can also break down the seasoning. A short burst (say, adding a splash of wine to a pan of chicken) probably won’t do much harm but definitely avoid long simmers. (Hey, that’s what your slow cooker is for.)

Don’t panic—you definitely can (and should) make sweet dishes in your skillet. But you may want to think twice before whipping up a giant chocolate skillet cake the day after you cooked a salmon fillet. Your cast iron pan’s surface is porous, meaning it can take on the flavor of whatever you cook. What’s the fix? Invest in two skillets. The more, the yummier.

Your cast iron skillet is great at retaining heat, which is ideal for getting that perfectly brown crust on your steak but not so good when it comes to flaky fish (like sole, trout or tilapia) that will just fall apart in the pan. Leave more fragile fish to your nonstick pan, and use your cast iron for meatier ones like salmon and tuna (cook skin side down for a crispy top).

Always let your pan heat up before adding ingredients to it. If you cook in a pan that’s warming up, chances are your food will probably stick.

Cooking wet foods (sauces, pies, mac and cheese) in your skillet is A-OK, but once your food is ready, don’t leave it in the pan for too long. What you want to avoid here is rust, so always remove foods after cooking and store them separately. And make sure to thoroughly dry your pan before putting it back in the cupboard.

How does the coronavirus damage the heart?