6 historical women and what their diets said about them 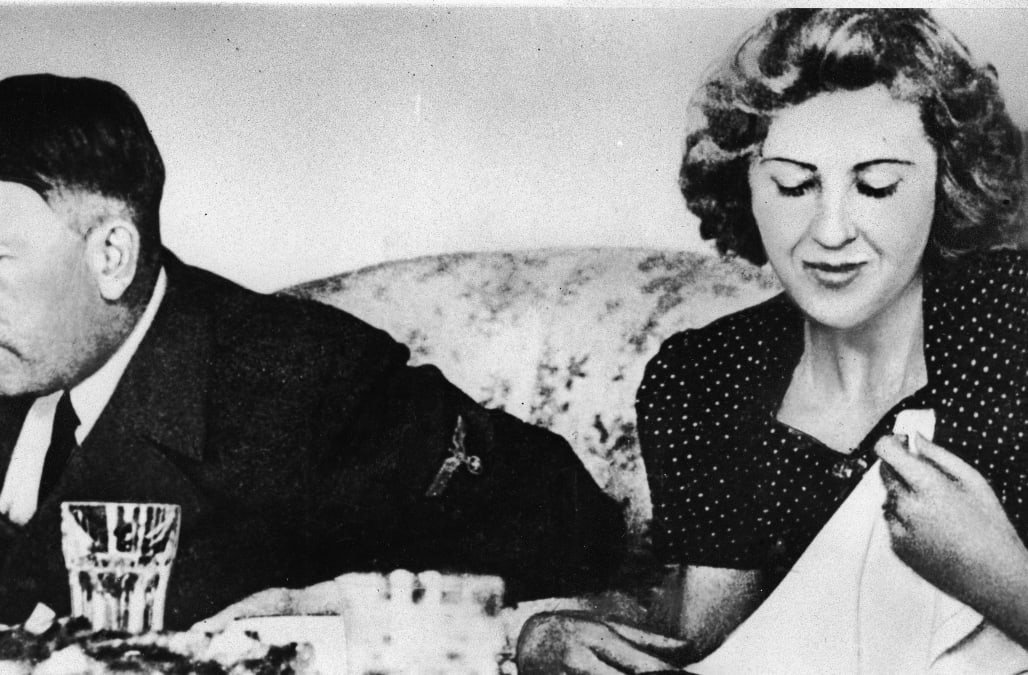 Did you know that Eleanor Roosevelt prepared a weekly White House Sunday dinner of scrambled eggs? Or that Cosmopolitan editor Helen Gurley Brown was so obsessed with thinness that her typical breakfast consisted of protein powder mixed with diet orange soda?

These are just a few of the fascinating revelations in food biographer Laura Shapiro's delectable new book, What She Ate. Laura Shapiro, What She Ate

Related: First ladies through the years

First ladies through the years

Clinton is not only open about family issues, but health as well.

She pioneered education reforms in the United States.

Dressed in formal wear for a state dinner, President Ronald Reagan and First Lady Nancy Reagan await the arrival of a guest at the North Portico entrance to the White House.

Reagan focused on solving the drug epidemic and alcohol abuse.

(Original Caption) This is the official portrait of the First Lady, Rosalynn Carter, taken on February 18, 1977, in the Vermeil Room of the White House.

She was a huge influence on her husband's policies, sat in on meetings, and advocated for mental health.

Betty was involved in opening discussion on mental health, equal rights and legalizing abortion. A cancer survivor, she was open about speaking about her experiences.

She was notable for her work in a number of volunteer causes and charities, and added nearly 600 paintings to the White House.

Unlike other first ladies, she addressed Congress on a number of issues.

1961: EXCLUSIVE First Lady Jacqueline Kennedy (1929 - 1994) sits in the back seat of a car and smiles while a photographer takes her picture, Palm Beach, Florida.

She was known for her fashion, language skills and media presence. Jackie continued her advocacy after her husband's assassination.

circa 1930: Mamie Geneva Doud Eisenhower (1896 - 1979), wife of American president Dwight D Eisenhower. She was a popular First Lady and an accomplished hostess at the White House. (Photo by MPI/Getty Images)
circa 1950: Portrait of Bess Truman (1885-1982), First Lady of the United States and wife of Democratic President Harry Truman. (Photo by Hulton Archive/Getty Images). She took on her new role after Roosevelt was killed, was opinionated and kept out of the social eye.
Portrait of former First Lady Louise Henry Hoover (1874 - 1944) dressed as President of the Girl Scouts of the USA, Washington, D.C., 1924. (Photo by Bachrach/Getty Images)
First Lady Grace Goodhue Coolidge (Photo by Library of Congress/Corbis/VCG via Getty Images). She was voted one of America's greatest living women and was popular for her social events.
(Original Caption) Mrs. Harding Plants a tree in her backyard. The first lady of the land, recently received from a number of prominent men of Washington, a magnolia tree. The photo shows her after she had planted the tree in the yard of the White House.

When her husband suffered a stroke, she essentially took over all governmental matters in his second term.

U.S. First Lady Edith Roosevelt (1861 - 1948) sits at her desk in the second floor private library of the White House, 1903. She was the second wife of president Theodore Roosevelt. (Photo by Hulton Archive/Getty Images)

She was known for her gentle spirit and good judgement, was considered a scholarly reader and dedicated her life to helping the poor.

First Lady Ida Saxon McKinley and President William McKinley (Photo by Library of Congress/Corbis/VCG via Getty Images)
1889: Caroline Lavinia Scott Harrison (1832 - 1892), the first wife of American president Benjamin Harrison. She was an accomplished pianist, artist and dancer, and hosted many elegant parties before dying of tuberculosis in the White House. (Photo by MPI/Getty Images)

She strived to increase employment and education for women.

Wife of President James A. Garfield. (Photo by Library of Congress/Corbis/VCG via Getty Images)

An intellectual, she was involved in the literary society, and strived to preserve her husband's career and reputation.

Mrs Rutherford B. Hayes, wife of President Hayes. Lucy Ware Webb Hayes was First Lady of the United States and is often known as 'Lemonade Lucy' due to her support of the Temperance Movement.
Mrs. Julia Dent Grant. Photo taken while Pres. Grant was in the White House, in 1876 was a notable host.
Engraving from 1886 featuring Eliza McCardle Johnson who was the wife of the American President Andrew Johnson. She was educated, brought her entire family into the White House, and was a gracious host.
Portrait of Mary Todd Lincoln, who was distraught at her son's premature death for most of the presidency.
Abigail Powers Fillmore, wife of President Willard Fillmore was notable for bringing music and art into the White House with music rooms. She also added to the library.
This is a portrait of Margaret Smith Taylor, the wife of the 12th President of the United States, Zachary Taylor.

Engraving from 1886 featuring Sarah Childress Polk who was the wife of the American President James K. Polk.

She was incredibly well educated, wrote speeches and correspondences for her husband.

Julia Gardiner Tyler, Wife Of Pres. John Tyler was one of the most graceful First Ladies and was an accomplished poet.

She was a dedicated volunteer for the Confederacy

Engraving from 1886 featuring Letitia Christian Tyler who was the wife of the American President, John Tyler.
Engraving from 1886 featuring Rachel Donelson Robards Jackson who was the wife of the American President Andrew Jackson. She died before he was inaugurated. She took in poor family members, adopted her nephews and raised them.
'This vintage engraving depicts the portrait First Lady Louisa Catherine Adams (1775 - 1852), wife of US President John Quincy Adams and born Louisa Catherine Johnson. Born in London, she was the only foreign-born First Lady.
Dolley Madison was one of the most loved first ladies, and saved the country's national treasures in the War of 1812.
Engraving from 1886 featuring Martha Jefferson who was the wife of the American President, Thomas Jefferson. However, she did not live to see her husband become president.

She was one of the most 'informed' first ladies, and despite not formally schooled.

Unlike most women at the time, Martha Washington was literate. She also liberated her husband's slaves after he died.
Up Next

Brown, for example, prepared elaborate meals for her husband, despite eating nothing but diet foods herself. Roosevelt, completely indifferent to food, hired the chef considered to be the worst in presidential history—to the point where Washington insiders knew to eat beforehand if they received an invitation to dine at the White House.

Perhaps the most interesting section of the book deals with Braun. Shapiro admits to the moral gap between Braun and her other subjects, but argues that though it's hard to know how small of a bubble Braun lived in, her world was one of "make-believe morality" and a lot of Champagne.

Braun, who met Hitler when she was 17 and he 40, took immense pleasure in serving extravagant meals to her partner's guests at intimate luncheons and dinners, quite possibly because it was the only time she was allowed to be seen on her beau's arm. (In public, he wanted to maintain a picture of himself as wedded to the cause rather than a woman.) In other words, serving Bavarian meatballs and apple strudel allowed her to live out a fantasy in which she was on the right side of history.

Buy this book, read this book and then spend a few seconds before every meal thinking about what message the dish sitting in front of you could be sending to your dinner companions.