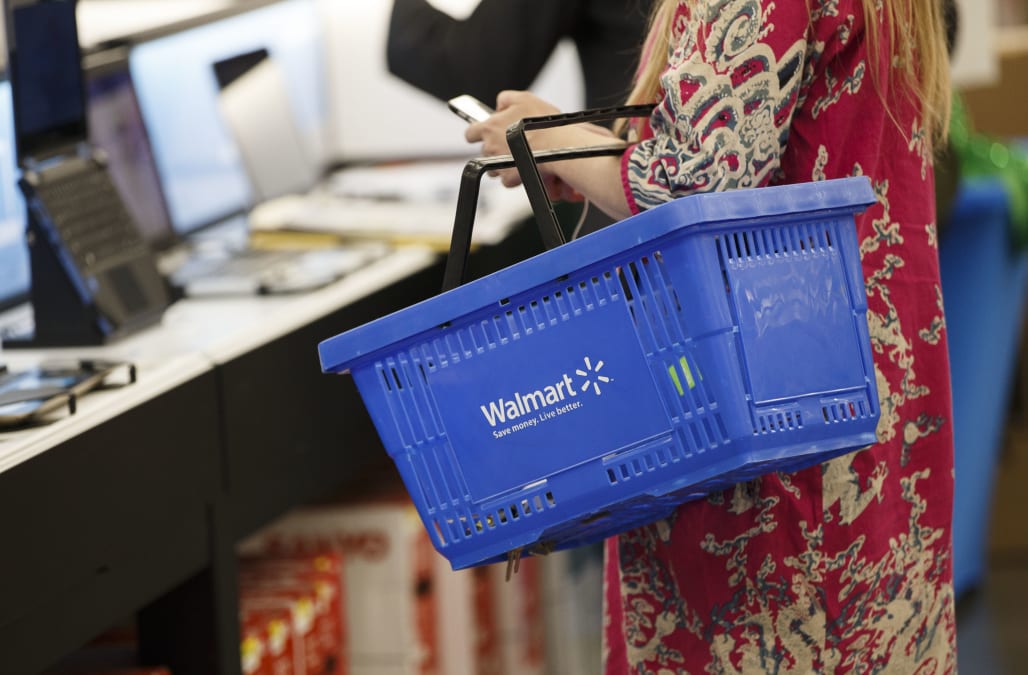 In what might be the most polarizing culinary innovation since candy corn, black licorice, and cilantro combined, this week Walmart unveiled a new product under its own Great Value label—fruit punch pickles. 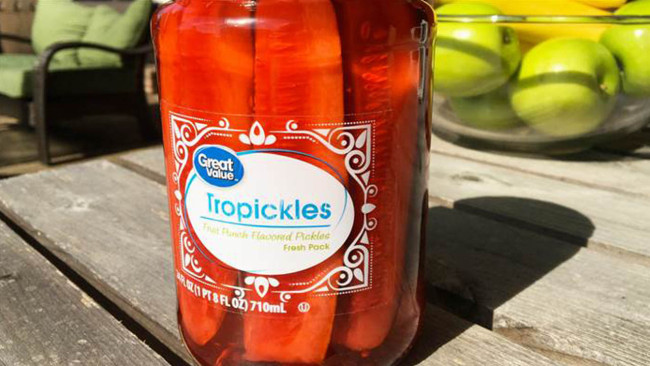 Walmart's Tropickles, as they're called, are just what they sound like—cucumber spears in a fruit punch brine that gives them a downright startling reddish hue. And though Walmart appears to be the first commercial operation to recognize them, fruit punch pickles have had a loyal fanbase for generations, particularly in the South. A quick Google search reveals pages of hits for Kool-Aid pickles or "koolickles," which make use of concentrated Kool-Aid and plenty of sugar. There's even something called "Jolly Rancher pickles," which, to be honest, sound like an complete abomination—but to each their own. Sweet pickles of any kind already tend to be the subject of contention, so I'll assume there's something I'm missing, like a certain culturally-specific pickle tastebud.

RELATED: Walmart stores through the years

Wal-Mart stores through the years

Walmart admittedly picked up on the fruit punch pickle from the Internet, attributing its inception to social media. "The modern-day couple, the pickle and fruit punch met on social media (they bonded over recipes on Pinterest, to be exact); now, we are celebrating their union on Walmart store shelves," the store said in a statement. Whether or not that origin story is accurate is up for debate. Online records for fruit punch pickles date back to at least 2007, including a profile in The New York Times by Southern foodways writer John T. Edge, and Pinterest wasn't launched until early 2010.

But I digress. Walmart has only made Tropickles available at a select 1,400 stores, mostly in the Southern US, most likely because those jars would be collecting dust for decades anywhere else. No matter where you are in the world, if fruit punch pickles don't tickle your fancy—and they really don't tickle mine—let this serve as a reminder of all the other pickle recipes in existence, like the unusual and bright lime pickle, the classic crisp kosher pickle, and the just-sweet-enough bread and butter pickle.

Also, don't forget that cucumbers aren't the only thing you can pickle—far from it! Go nuts with pickled beets, carrots, onions, and so much more.

Have you ever had fruit punch pickles? Tell us in the comments!

More from Food52:
These Little Berries Make a Mighty Agua Fresca
The Quickest Way to Turn Your Home into a Parisian Bistro This Summer
A Quick, Salmon-y Noodle Salad for Sweltering Summer Weeknights

This water bottle is also a foam roller