8 restaurants in Disney World that are totally worth it 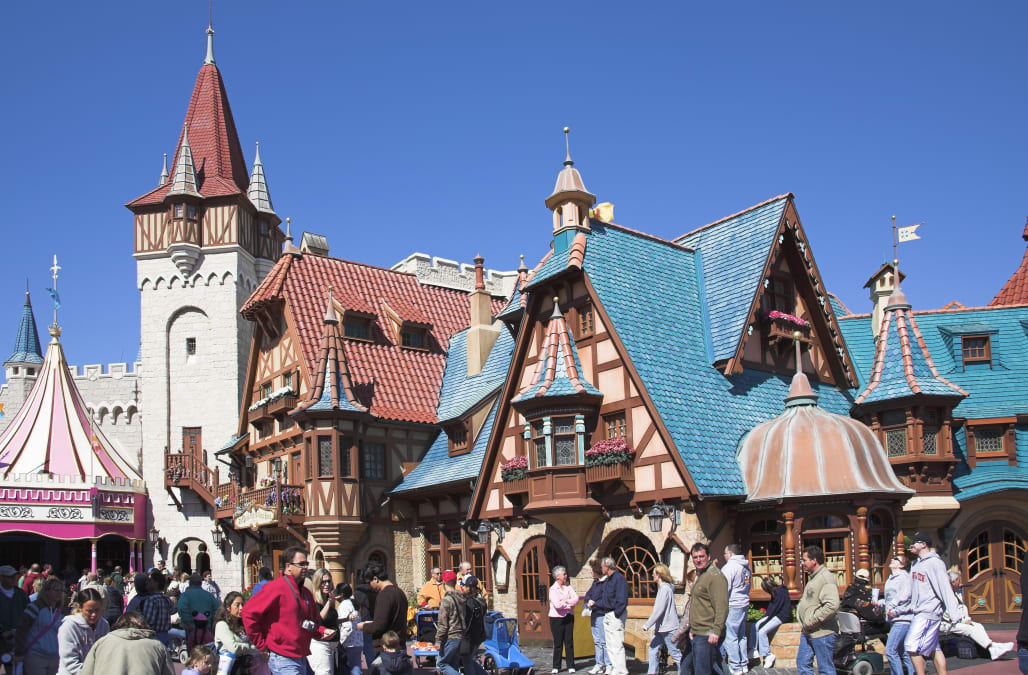 Although the restaurants aren't the main reason why you're there (that's Mickey, obviously), there's no need to subsist on a diet of candy and junk food while you're on vacation. Here, eight Disney eateries where the food is as magical as the décor:

8 restaurants in Disney World you must go to

Located on the boardwalk, this Italian restaurant has all the classics (pizza, pasta, gelato), plus an “Adventure Breakfast” featuring themed meals (like King Triton's shipwreck al forno or Tangled eggs) and the opportunity to meet and greet some of Disney’s most beloved characters. You probably won’t glimpse the most in-demand stars (Elsa and Anna are very busy these days) but Ariel, Rapunzel and Prince Eric make the rounds daily.

BE OUR GUEST RESTAURANT

Think the park’s all fried foods and candy? Think again. This luxury eatery located in Disney's Grand Floridian Resort & Spa offers fine dining in a romantic setting—with prices to match (caviar, scallops and Kobe beef don’t come cheap, you know). It’s one of only three restaurants in Florida to receive the AAA Five Diamond Award. Note: Jackets are required for men and children under age ten are not allowed. Date night, anyone?

Travel back in time at this retro diner where you can kick back in car-shaped booths and watch old sci-fi clips while eating classic American fare like burgers, chicken wings and ribs. (Oh, and don’t miss the adults-only Oreo milkshake that’s laced with chocolate liqueur.)

Kids of all ages will love this jungle-themed restaurant in the Animal Kingdom, where periodic “thunderstorms” bring the animatronic animals to life. (There are real fish in the aquarium, too.) An extensive menu means that there’s something for everyone, but families should definitely split the Sparkling Volcano dessert featuring a giant chocolate brownie cake served with ice cream, whipped cream, caramel sauce and a sparkler—they’re not monkeying around with this one (sorry).

Every day is Oktoberfest at this communal-style restaurant located in Epcot’s Germany pavilion (natürlich). Bavarian classics like bratwurst and schnitzel feature heavily, but there’re also family favorites like mac and cheese, salmon and salad. Make sure to save room for the apple strudel (and a stein of beer for adults).

Go under the sea at this magical restaurant in Epcot's Future World, where one entire wall consists of a giant aquarium. Prepare to be mesmerized as sharks, sea turtles, stingrays and scuba divers glide by. Just, uh, don’t look in Nemo’s eyes as your chow down on your seafood salad.

Parents will love this casual Asian-Californian fusion restaurant from the celebrity chef with its mouthwatering sushi and creative cocktails—meanwhile, kids will happily munch on wood-fired pizzas and spaghetti and meatballs.

RELATED: 12 Genius Ways to Save Money at Disney

Related: Stars that were almost in Disney movies

Stars Who Turned Down Disney Roles
Reese Witherspoon had agreed to voice Merida in Disney's "Brave" -- but there was one key issue. According to Reese herself, she had trouble mastering the character's Scottish accent: "I tried to do a Scottish accent once. It was bad. I had to quit the movie."
Before agreeing to play Belle in "Beauty and the Beast," Emma Watson turned down the opportunity to play Cinderella in the live-action remake: "When they offered me Belle, I just felt the character resonated with me so much more than Cinderella did," she said.
Is your favorite Disney Channel film "Hocus Pocus"? Well, the classic DCOM almost looked much more handsome: Leo was approached to play the role of Max, offering him "more money than I ever dreamed of," but he walked away. "I don't know where I got the nerve," he later said.
"Hannah Montana" without Miley Cyrus? It almost happened! Singer JoJo was offered the lead role by Disney executives, but she turned it down, later revealing she had "no regrets at all" about rejecting the opportunity.
Warren Beatty was offered the part of Iago, villain Jafar's saucy parrot sidekick in "Aladdin." After he turned it down, Gilbert Gottfried landed the role -- although he first had to beat out Joe Pesci and Danny DeVito, he revealed.
Annnd sometimes you kick yourself later. Billy Crystal has said that turning down a role in "Toy Story" during its early development stage is "one of the only regrets I have in the business of something I passed on." He later took the lead role of Mike Wazowski in "Monsters, Inc."
In 2015, Variety officially announced that Moretz would play Ariel in Disney's live-action "The Little Mermaid." However, a year later, Moretz announced that she had pulled the plug not only on that film, but also on all others she was committed to. "I want to reassess who I am and find myself within my roles again," she explained.
Elle Fanning also turned down Disney's offer to star in "The Little Mermaid." She did, however, agree to play Aurora in "Malficent."
Michael Shannon was reportedly approached to do a major Disney blockbuster, but he wasn't interested at all. Although he wouldn't confirm the film, he gave this cryptic explanation: "They called me recently about some iteration -- I won't say -- but some version of a movie that's been made already countless times. They were gonna give me a lot of money, but I was like, nah. Big movie, too. But I have to think it's an interesting story. If I don't, I can't do it."
The director of "Monsters, Inc," Pete Docter, was dying to slate Bill Murray as monster Sulley alongside Billy Crystal. But after doing a screen read for the part, Murray refused to answer the phone when the director repeatedly called. "We took that to mean no," Docter said.
No thanks! Although she hit it big on Disney Channel's "Wizards of Waverly Place," Gomez declined the leading role in its hit movie-musical "Camp Rock." She also turned down a part in "High School Musical 3: Senior Year."
Up Next

Travel-size beauty kits at Ulta are all under $20