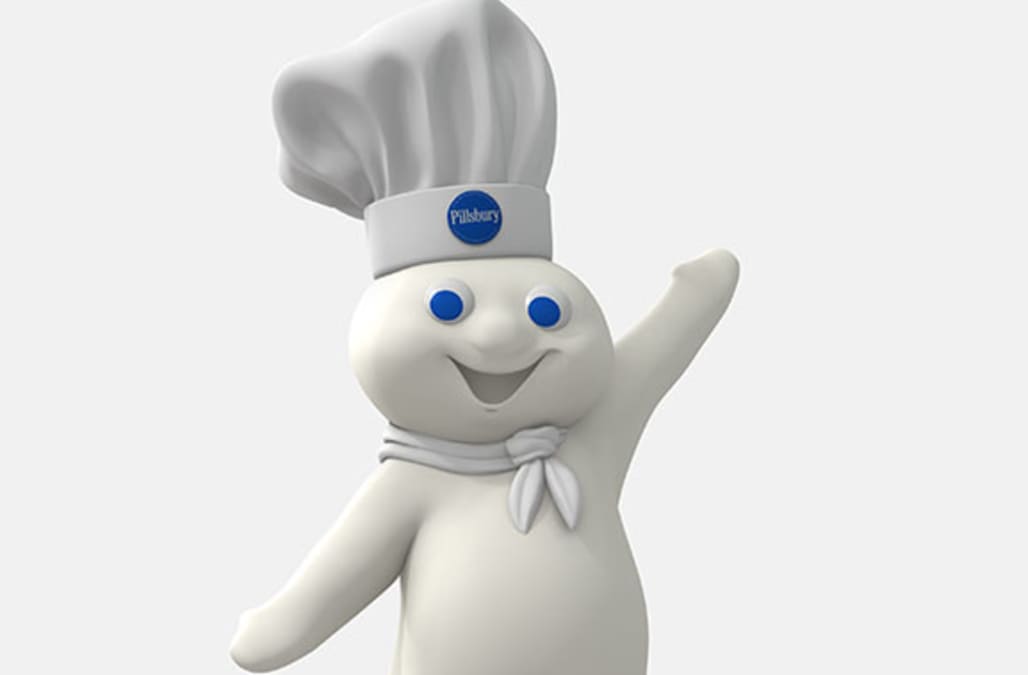 Crescent roll lovers of the world, we have some mind-shattering news to share with you.

The Pillsbury Doughboy has a name -- and you've probably never even heard it before.

The cheerful mascot made his debut in a television commercial that aired on November 7, 1965.

In the 30-second slot, the Doughboy is 'born' out of a cracked-open can of Pillsbury dough, after which he utters his first words, "Hi! I'm Poppin' Fresh, the Pillsbury Doughboy!"

No, poppin' and fresh are not adjectives the spokes-dough is using to describe himself ... Poppin' Fresh' is the mascot's actual name.

And here we were, wrongfully thinking we knew everything.

According to Pillsbury's website, Poppin' Fresh has proven himself to be quite a talented artist over the years.

He can sing, dance and play several musical instruments, including the harmonica, accordion, bugle, electric guitar and violin.

Who knew America's favorite ball of dough was so multifaceted?

And that's not all -- apparently, Poppin' Fresh isn't alone in his little dough world. He boasts a rather large family!

Back in the 70's, Pillsbury introduced his companion, Poppie Fresh, along with his son and daughter, Popper and Bun-Bun, his grandparents, Granmommer and Granpopper, and his dog and cat, Flapjack and Biscuit.

But no matter how many consumers are unfamiliar with the Doughboy's real name or history, the mascot has still been an undeniable hit since his debut.

In the first three years after his 'birth,' Pillsbury reports that the Doughboy had an 87 percent recognition factor among consumers.

At one point, the company says that the Doughboy was even receiving upwards of 200 fan letters per week.