The internet is losing it over The Cheesecake Factory's newest flavor 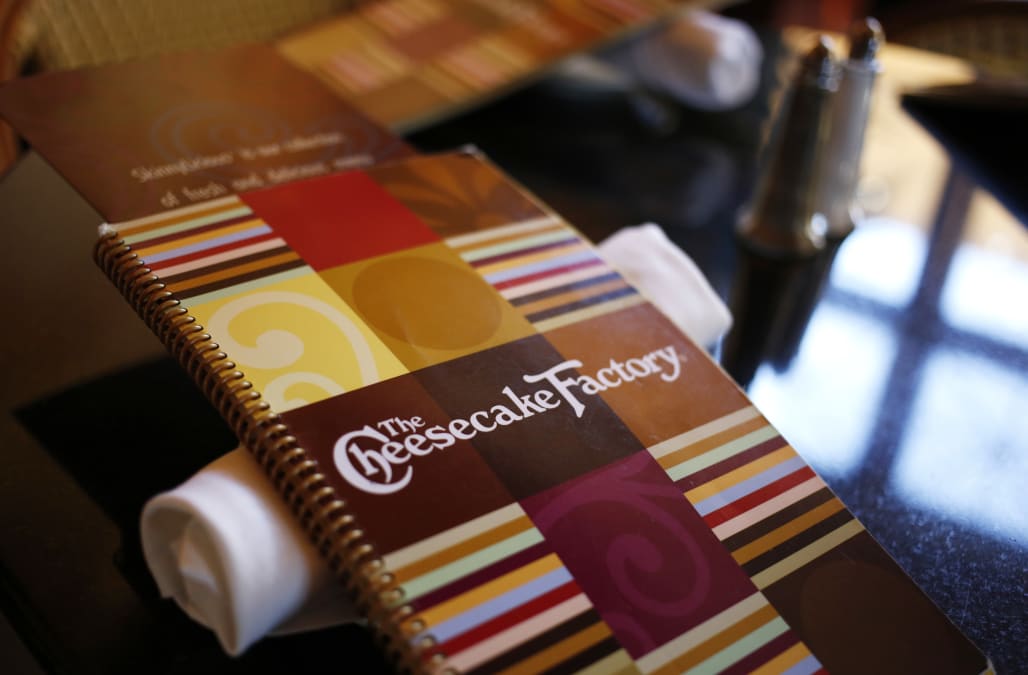 Whether you find yourself heading to The Cheesecake Factory for a signature Chinese chicken salad or a thick slice of classic cheesecake, you now have one more reason to brave the restaurant's chapters-long menu: Funfetti-inspired cheesecake has officially arrived. 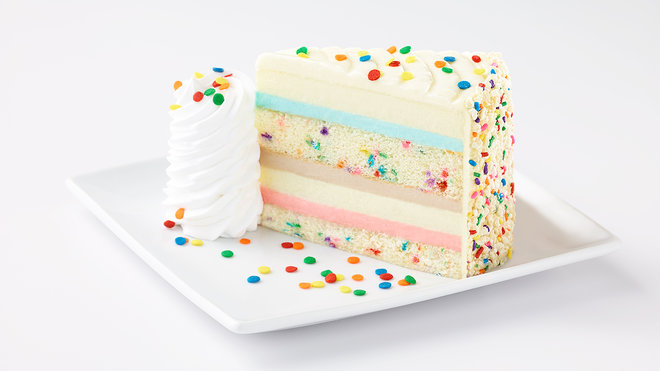 Courtesy of The Cheesecake Factory

In honor of the "Who even decides these things?" holiday that is National Cheesecake Day, the Factory will debut its Celebration Cheesecake, the newest addition to its menu of more than 30 flavors. Beginning July 30, customers will be able to enjoy a slice containing layers of original-flavor cheesecake; vanilla cake; and strawberry, chocolate and vanilla mousse—all topped with cream cheese frosting and rainbow sprinkles, as Food & Wine reports.

Did you know these facts about cheesecake?

11 PHOTOS
Everything You Need to Know About Cheesecake
See Gallery

Everything You Need to Know About Cheesecake

Read on to learn more about cheesecake!

Cheesecake was invented by the ancient Greeks! Anthropologists found the remains of a cheesecake-like dessert on the Greek island of Samos dating from 2,000 B.C. It's reported that these first cheesecakes probably consisted of flour, honey, wheat and cheese.

According to Cheesecake.com, cheesecake was believed to be served to the athletes at the first Olympic game in 775 B.C. Greek brides and grooms also probably enjoyed cheesecake at their weddings.

After the Romans conquered the Greeks, they copied their cheesecake tradition and called it libum. They would offer it to their gods in temples.

The Roman politician Marcus Porcius Cato even wrote down his recipe for libum:

"Libum to be made as follows: 2 pounds cheese well crushed in a mortar; when it is well crushed, add in 1 pound breadwheat flour or, if you want it to be lighter, just 1/2 a pound, to be mixed with the cheese. Add one egg and mix all together well. Make a loaf of this, with the leaves under it, and cook slowly in a hot fire under a brick."

As the Roman Empire grew, so did the spread of cheesecake. Great Britain and Eastern Europe made cheesecake their own with the ingredients they had handy. Even Henry VIII has his chef prepare cheesecake for him.

In 1872, William Lawrence began selling his cream cheese in foil wrappers. His company was called PHILADELPHIA Brand Cream Cheese, and to this day, it is the most popular cream cheese used in cheesecakes.

Arnold Reuben, inventor of the Reuben sandwich, claims to have invented New York cheesecake with Break-stone's brand cream cheese while his competitors were using cottage cheese.

Chicago-style cheesecake includes sour cream in the batter, according to Jolene Worthington of the Chicago-based Eli's Cheesecake.

German cheesecake can be made with a soft, yogurt-like cheese called Quark.

To sweeten the deal even further, The Cheesecake Factory will be offering half-priced slices of any flavor at all 193 locations July 30 and 31, including at its first-ever NYC spot in Queens.

Plus, to help you feel a little less guilty about the hoards of creamy cheesecake slices you will inevitably purchase at the end of this month, the Factory also plans to donate 25 cents to Feeding America for every slice sold until the end of August.

We hereby give you permission to stuff your face. (In the meantime, we know another delicious Funfetti recipe that might just hit the spot.)

More from Tasting Table:
What Famous Food Bloggers Use to Make Their Food Look So Good
People Are Really Pissed Off by This Man's Chipotle ‘Hack'
A 3-Ingredient Dry Rub You Should Use on Everything

This is what to buy on Amazon before Cyber Monday