Bibs Up: These are the 18 best lobster dishes in the US 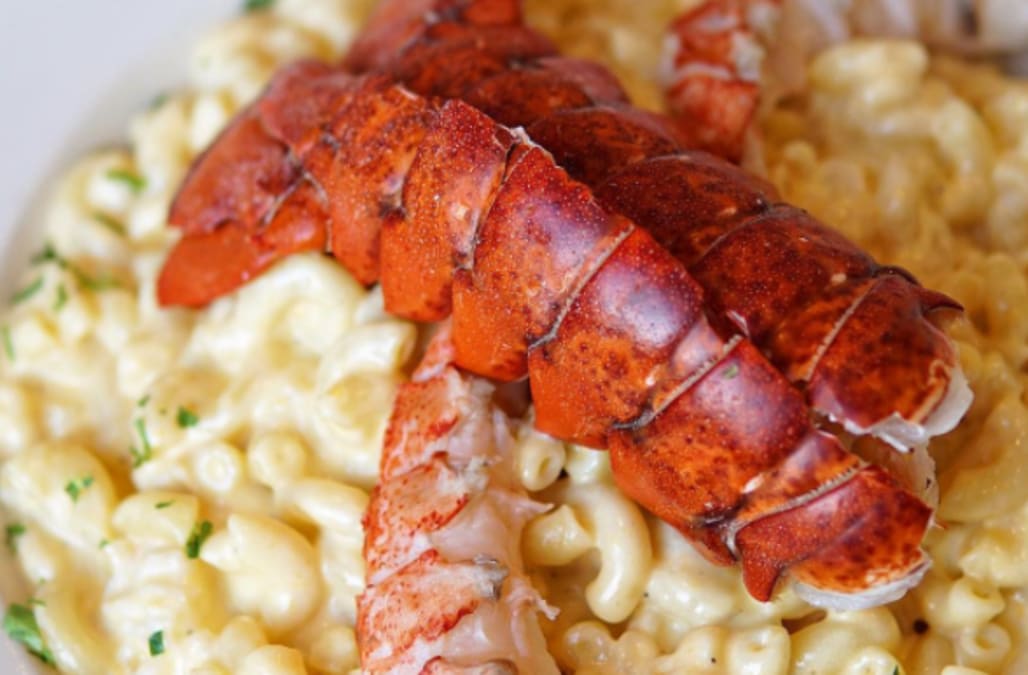 We'd be happy as a, um, clam eating nothing but lobster rolls. But why stop there? From lobster grilled cheese to lobster pho, restaurants across America have taken the crustaceans to a whole new level.

18 Best Lobster Dishes in the U.S.

Um, do those claws count as a garnish? Known for its over-the-top desserts, this cozy eatery doesn’t mess around when it comes to “sides” either.

A bed of garlic fries topped with deep-fried lobster, cilantro, special sauce and other goodies.

Once a food truck, the chain of fast-casual seafood restaurants brings you this outrageous grilled cheese sandwich filled with one part lobster and one part crab. Yes, this is real life.

Brimming with fresh tails, claws, veggies, and homemade broth and noodles, this pho puts Santa Ana on the map for a second time.

From the hippest food truck in Maine: a taco shell made out of cheese crisps stuffed with avocado, shredded lettuce, red pepper, jalapeno mayo and tons and tons of lobster. Need we say more?

The hip mainly U.K.-based mini chain only serves two options, but why not stack both on an airy bun with some truffle and tarragon mayo?

Boiled Lobster Dinner at The Clam Shack (Kennebunkport, ME)

As fresh as it gets: You can’t create a lobster list without locally caught, saltwater-boiled, just-shucked Maine lobster. Oh yeah, it’s got locally made butter, too.

There’s the age-old debate: Maine versus Connecticut lobster rolls. And then there’s this SoCal stunner, dished up on a jet-black bun made from charcoal-enriched flour. The juicy meat inside is tossed with green curry aioli instead of plain mayo.

Slightly fancier than your average chopped lunch salad, this hearty bowl is brought to you by the lobster empire which originally came to fame in New York City and now stretches as far as Japan.

Poached Maine lobster, mayo and celery on a perfectly toasted petite brioche bun makes for the best lobster roll in the Midwest. The sublime seafood spot is also known for its legendary G&Ts.

The famous seafood restaurant tops a hefty piece of halibut with tender scallops, roasts it so the two fish fuse together and serves it over melt-in-your-mouth lobster risotto.

If there’s one thing New Yorkers know how to do right it’s brunch. This pint glass is garnished with not one but two whole Maine lobster claws plus tons of other pickled and acidic goodies. Hair of the—er—lobster?

The most ladylike ravioli we’ve ever seen, dished up at a luxurious Georgetown waterfront restaurant known for its hushed ambience and stellar wine selection.

Your party of four really shouldn’t have to decide between lobster, shrimp or oysters. Especially when the restaurant that you’re buying them from literally owns their own oyster farm.

We’d eat these ultra-creamy, slightly tangy two-bite appetizers every single night of the year if we could. This cool seafood haven (a former 1930s gas station) straddles the line between high-end and down-home food.

The BLT part of the roll is hiding underneath that giant pile of lobster…we promise.

Maine-Style Lobster Roll at Bite into Maine (Cape Elizabeth, ME)

We’ll end you all on a high note: a classic with light mayo, fresh chives and a great lighthouse view. To get the goods, seek the food truck in Fort Williams Park.

More from PureWow:
Boom: ‘Wonder Woman’ Is Officially the Most Successful Film in the DC Universe
This Rosé-Scented Deodorant Keeps Selling Out (But Would You Try It?)
7 Hair Colors That Don't Require Constant Touch-Ups