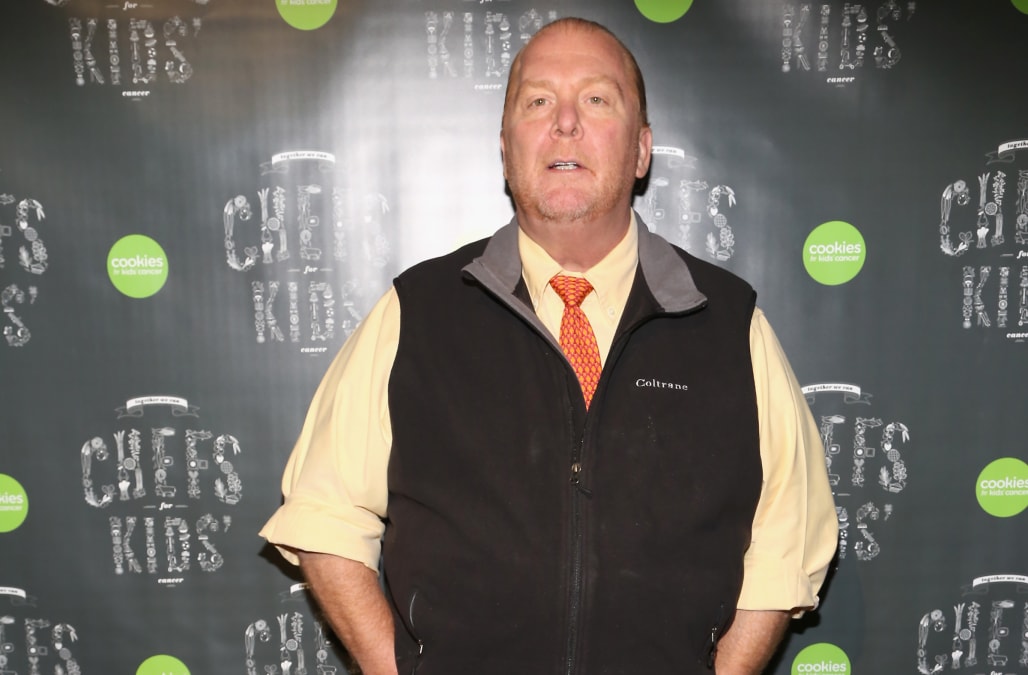 In My Happy Place, we talk to some of our favorite people about their emotional connection with an unforgettable destination.

Mario Batali is one of the most recognizable chefs in America. Earlier this summer, we sat down with the Iron Chef at Story, a rotating concept shop in the Chelsea neighborhood of New York City. We took the opportunity to ask the chef where he goes to unwind with his family when he's not running his empire of 26 restaurants — and his answer did not disappoint.

"I spend the summer in a place north of Traverse City, Michigan, on Lake Michigan. And it is one of the greatest places to relax. The stone fruit season coming in, and we go to music in the park every Friday in our little town. We go to the Cherry Festival one day out of the eight because it's snarling traffic in a town of 28,000 people. In the 20 years since we've been there, Traverse City has gastronomically grown up to become a real force of something delicious. There's fantastic wine in the Leelanau Peninsula; there are great cider producers; there are great jerky makers; there's walleye, whitefish and perch."

"It's a kind of Americana that my children would never have gotten growing up in the Village in New York City, which is why we started to go there. You could run through the entire Leelanau county and just see one traffic light — and it flashes yellow because there's just not that much traffic outside of that week of the Cherry Festival."

"One of my favorite places to eat is Frenchies. It does an interesting take on Jewish deli meets Mexican America, and it's got some killer pastrami and chili verde. There's another place, The Cove, in Leland, in an area we call Fishtown. They do simple things like grilled chicken, grilled fish and grilled hamburgers. You're overlooking the lake, where Lake Leelanau dumps into Lake Michigan, and there's a beautiful waterfall."

"I have been inviting people to meet me in Fishtown for 15 years, and no one shows up. And the the people in town are all like, 'You gotta stop promoting this place, it's gonna get too crowded.' And I say, 'You don't own a business, do you?'"

More from Mic.com:
Save money at the movies: 7 ways to give your wallet a break and catch a flick on the big screen
Ava DuVernay to direct Netflix mini-series about the Central Park Five
Bill Cosby’s new sexual assault trial has been scheduled for November

8 women-owned brands you can support today

Here are the best deals to snag on Etsy today