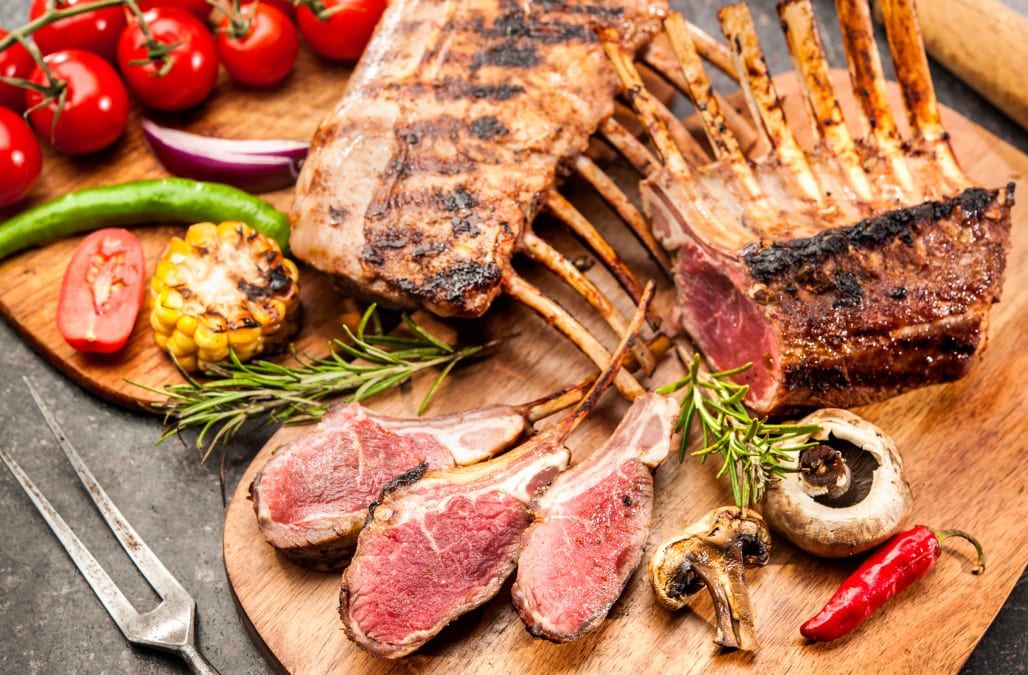 You may have recently heard of halal meat. But why are some people so afraid of it? Well, we're here in Detroit's Eastern Market to basically debunk the myths of what "halal meat" really is.

SEE MORE: Why Many Arab-Americans Check 'White' On The US Census

The Arabic word "halal" literally translates to "permissible" or "allowed."There are a handful of requirements that make a meat permissible in Islam.But just because it's permissible for Muslims, that doesn't mean it's only for Muslims. "The Halal meat is not just for Islam. The halal meat could be for everybody on the Earth," said Aref Saad, a halal meat wholesaler.

Wiestling recommends a juicy rib eye because "it's extremely tender and fatty and extremely flavorful."

Specifically, Wiestling suggests selecting the spinalis cap of the rib eye, which is typically known as the most tender piece of meat on the cow.

He said properly grilling steak requires your complete attention. Wiestling recommends tossing a salad or baking a potato after the steak is done cooking instead of attempting to multitask.

"There's no need to walk away," he said. "That's why I pour a glass of wine ahead of time."

3. Unwrap the steak and let it sit at room temperature for an hour.

Wiestling says the key to making great steak is to let it come to room temperature before you cook it.

"If you throw an ice-cold slab of beef on the grill, your chances of getting it cooked to the perfect temperature are going to be more difficult," he said. "You may not get that nice char on it."

When the steak adjusts to room temperature, the meat relaxes and the fats soften up. This brings the steak to its prime grilling state.

Wiestling keeps his seasoning simple and suggests rubbing the salt and pepper on the steak right before you throw it on the grill.

5. Grill the steak on high until a nice charring appears on both sides.

Be sure to get your grill as hot as possible, bypassing the lower settings.

"It shouldn't take very long if your grill is hot and your steak is room temperature," Wiestling said.

To get a medium-rare steak, each side should sit on the grill for about four to five minutes. When you see a nice char on each side, it's time to take the steak off the grill.

6. Take the steak off the grill and let it sit.

Once the steak is done, don't eat it right away. You should wait about five minutes before serving it to guests.

"You want to allow all of those juices to redistribute into the meat," Wiestling said.

7. Cover the steak loosely with foil until it is ready for serving.

That's probably because it tends to be healthier, cleaner and often more affordable.

"Well, the first thing people need to know is halal meat is healthier than non-halal meat," lead butcher Ali Saad said. "What makes it halal is the way that it is killed. When all the blood is drained out of the meat, it prevents it from getting a foodborne illness.

"It's also required that the animal feels as little pain as possible, both physically and emotionally. That means using a very sharp, clean knife along the throat, with one swift cut — and this must be done with no other animals around watching. Similar to kosher meat, the person who carries out the slaughter must be of practicing faith. You know, we turn it towards Mecca, we bless it and say a small prayer on it," Ali Saad said. "The things that I've heard are, you know, we're trying to feed people our meat, but I think people need to know how healthy it is."

The biggest difference in the meat is something you can actually see.

"So, pretty much when you put a piece of steak that is actually halal, and you put it in the fridge for four or five days — and I can guarantee this — even a week, you will not see a single drop of blood on your plate. But you take a single piece of meat that is not halal, put it in your fridge for a couple of hours, and you'll see a ton of blood," Ali Saad said. So the process of halal really starts at the treatment of the animal, all the way until it reaches your burger bun — but it really comes down to the cleanliness and health of the meat.