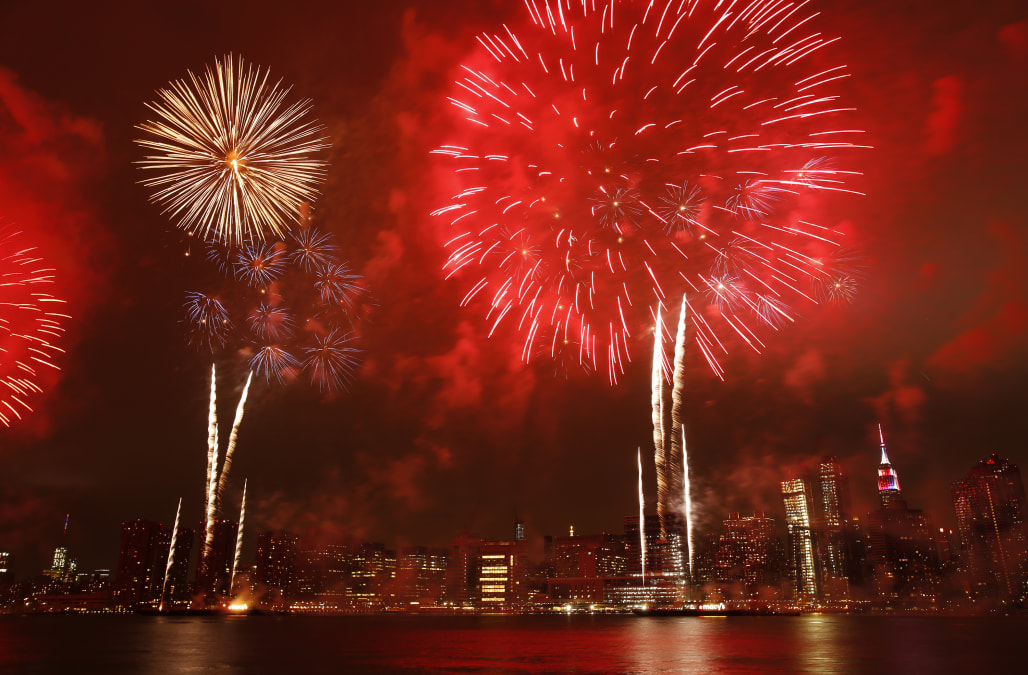 Trying to hit the road or fly on a national holiday is rarely a seamless experience -- but it turns out this Fourth of July may be worse than ever.

AAA released its annual report on Fourth of July travel trends and found that, despite the holiday falling on a Tuesday, a record-breaking 44.2 million Americans will travel 50 miles or more away from home to celebrate. This number is 1.25 million more people than last year, making 2017's Independence Day the most traveled in American history.

And if you thought Memorial Day was bad, that was only 39.3 million travelers!

If you are really looking to avoid the crowds, consider not taking a car. AAA says the vast majority of travelers — 37.5 million Americans — will drive to their Independence Day destinations, and who really wants to spend their weekend sitting on I-95 for 8 hours?

2. Vancouver, Canada
1. Orlando, Florida
Up Next

According to a report by RewardExpert, a free service that helps travelers redeem flights using miles and points, choosing to fly won't reprieve you either. Only 72.7 percent of United's flights last year arrived on time during the Fourth of July weekend, placing it in last among major carriers. Delta, on the other hand, led with 82.1 percent of flights on-time.

Atlanta's Hartsfield-Jackson airport will be the busiest during the holiday period. It had a whopping 20,967 departures and arrivals last year over the holiday. However, the airport still earns solid marks for on-time departures.

Meanwhile, RewardExpert says D.C. area travelers are likely to suffer the effects of the holiday. Only 71.2 percent of flights are predicted to arrive and depart on-time, and the number of flights has steadily declined over the last couple years.

So, if you are planning to celebrate America's birthday in its capital, mentally prepare to spend a portion of it at the Dulles airport bar.