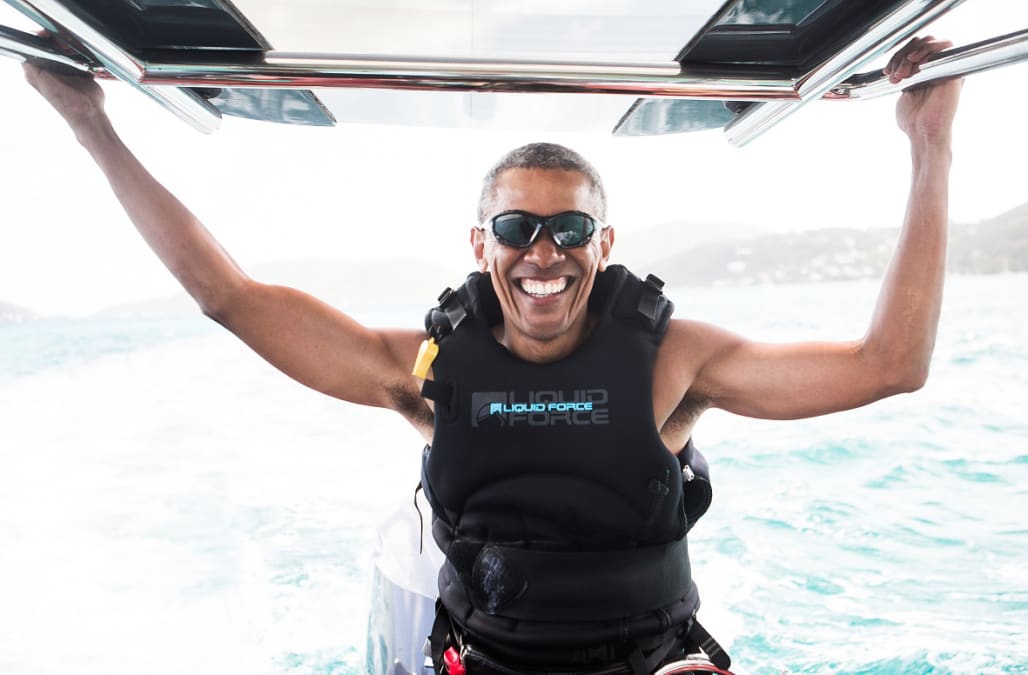 The Obamas are making the most of their vacation time. Since leaving the White House in January, they have been hitting up some of the most exotic destinations imaginable.

After spending a few days on American soil in Palm Springs, Barack and Michelle Obama jetted off on a tropical tour that started at entrepreneur Richard Branson's private Necker Island.

They then headed to French Polynesia to check in to The Brando, an exclusive island resort that can be reached only by boat or by two-engined Air Tetiaroa planes.

In May, the Obamas took a six-day vacation in Tuscany, Italy, where they stayed at a luxurious villa and sampled the food of one of the world's best chefs. More recently, the entire family was spotted whitewater rafting in Bali, Indonesia.

Take a look at the incredible places they have visited so far.

SEE ALSO: The most exclusive resorts for 'people who care about the planet,' according to National Geographic

DON'T MISS: The 13 best adults-only, all-inclusive hotels in the Caribbean