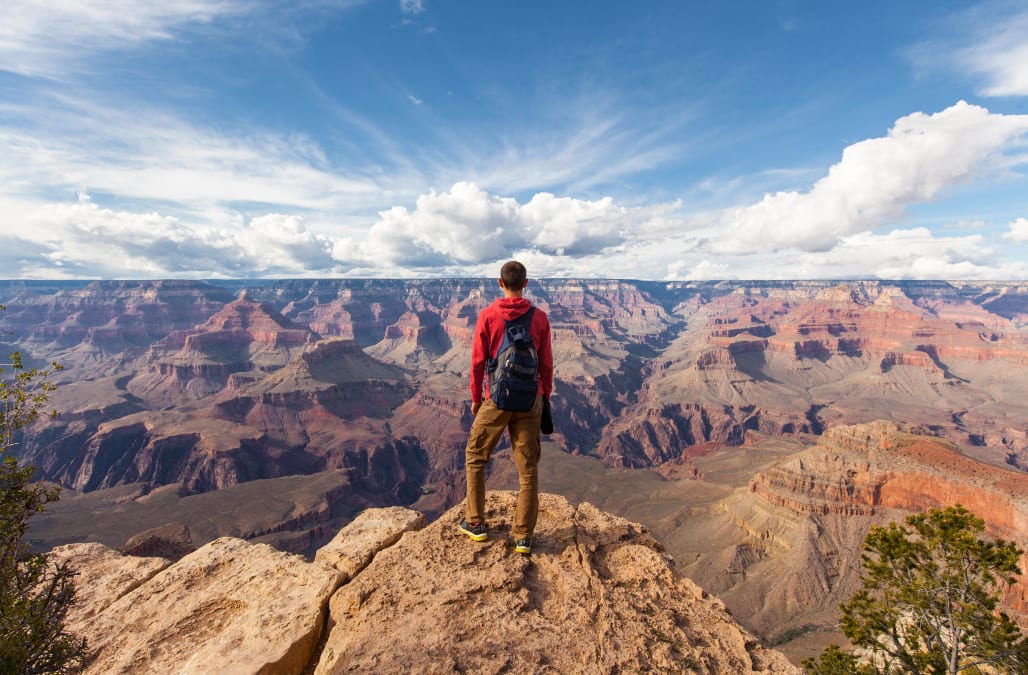 As technology paves the way to allow travelers to visit once-unthinkable locations, humans are still creatures of habit. Even as the world gets smaller, where we choose to travel hasn't deviated despite new routes to unchartered destinations.

Icelandair profiled the modern traveler and found the world's 10 most visited countries. By looking at international tourist arrival stats from the World Tourism Organization, it saw how global travel trends have changed since 1999.

France retained its title as the most visited country, with number of annual visitors at 83.7 million today, up from 73 million in 1999. The United States now lands in second place with 74.8 million overnight visitors arriving from abroad each year. Nearly 20 years ago, it was in third place.

Surprisingly, Spain has now captured the third spot with 65 million visitors, far ahead of the United Kingdom.

The U.K. comes in at eight on the list with 32.6 million yearly visitors. However, now that the pound is close to its 10-year low in wake of Brexit, Britain is suddenly more accessible to some travelers and is expecting to see a tourism bump as a result.

Although 1999 and 2017 feel worlds apart, in some senses, the top 10 most visited countries remain relatively unchanged. Only Canada and Poland fell off the list, allowing Germany and Turkey to slide in to take their spots. Other than that, the same players are still in the game, albeit with millions more fans each year. 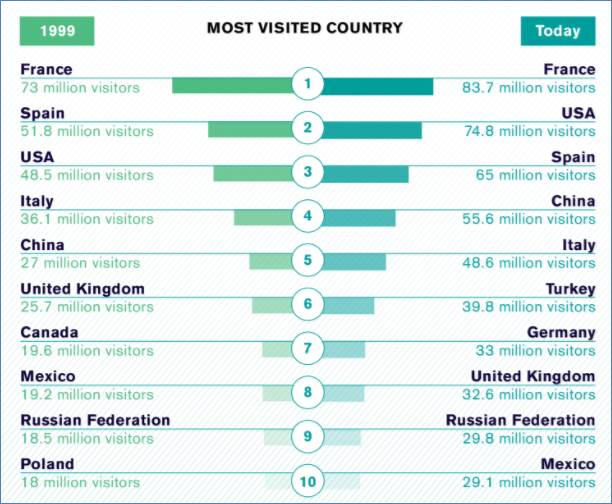 More from AOL.com:
The first-ever contemporary art fair debuts in St. Tropez this summer
The 8 best amusement parks for families in 2017 named
Top 10 water parks in the United States to visit this summer

This man's tiny home has made him live greener