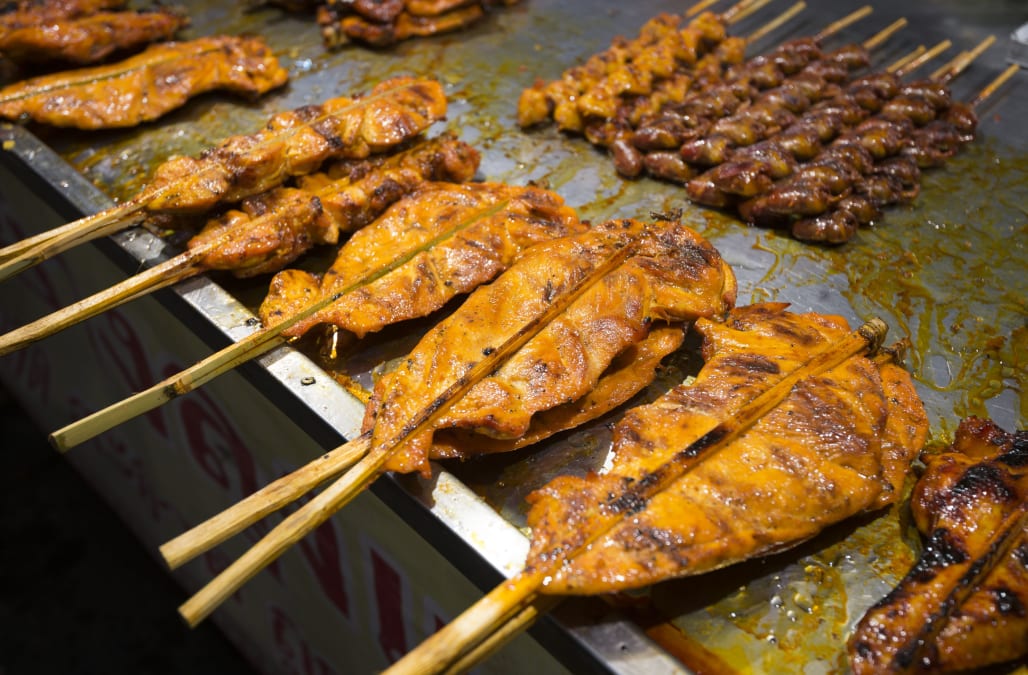 A disturbing investigation conducted by the organization Animals Australia allegedly discovered that some street vendors in Bali, Indonesia, have been selling dog meat to unsuspecting tourists by falsely claiming it's chicken.

Animals Australia hired an undercover investigator who posed as a documentary maker interested in local cuisine in order to get the inside scoop on Bali's illegal dog meat market -- and what they found was harrowing.

"I began the investigation by pinpointing and getting to know the key players in Bali's completely unregulated dog-meat industry," the unnamed investigator told ABC News Australia.

"Eventually, they invited me to join them as their gangs stole, hunted, poisoned and killed dogs."

The investigator claims to have witnessed countless dogs who were muzzled and bound being shoved into tiny cages caked with urine and feces before meeting their tragic fate.

"As an animal cruelty investigator, I have trained myself to cope with cruelty," he said. "But nothing prepared me for the brutal catching of dogs in the village."

The investigator said he witnessed a litany of methods employed to kill dogs in Bali, including hanging them from trees, poisoning them, beating them and shooting them, the last of which he referred to as the most humane.

One of the dog catchers, an 83-year-old man, even admitted to catching up to twelve dogs per week and bludgeoning them to death with a metal pole because he couldn't find another job at his age.

The elderly man told the investigator he doesn't eat dog meat himself because "it makes him want to vomit."

The investigator says that at one point, he watched a puppy eat a cyanide-laced fish head and spend an agonizing few minutes before ultimately dying.

"It took many, agonizing minutes for the puppy to die, and for the first time in my career, I turned off the camera," he said. "I sat stroking him as he died and found myself apologizing for the cruelty of my fellow man."

Although consuming dog meat is not illegal in Bali, killing animals in a cruel manner or eating meat contaminated with poison is against the law, according to Animals Australia's campaign director Lyn White.

"The dog-meat trade breaches animal cruelty laws and food safety laws," she said. "That is a statement of fact."

White says that despite the extensive operation that her organization uncovered, she remains optimistic that Australia will be able to leverage its close relationship with Bali to bring the cruel practice to an end.

"I think we are in a position where we can potentially turn this ... shocking story of cruelty into a good outcome and bring an end to the dog-meat trade."

More from AOL.com:
Depressing number of American adults think chocolate milk comes from brown cows
Shop this video: This trick keeps your drinks hot all day
How much caffeine are you getting with that cold brew coffee?