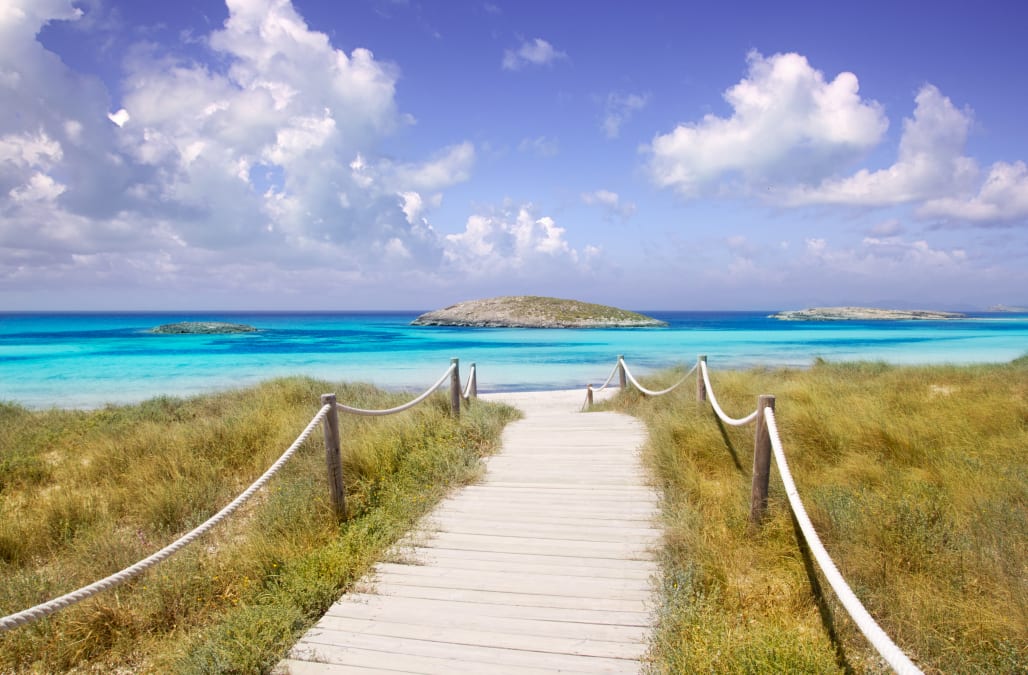 You've probably heard of Ibiza, Corsica, and Santorini. But are you familiar with Formentera, Juist, or Saaremaa? Flying well under the tourist radar, these islands are a must-visit for anyone who feels that they have exhausted Europe's typical destinations.

Even if you haven't done much traveling in Europe, though, these breathtaking islands are well worth the detour.

They boast laid-back cultures, quiet charm, and an unspoiled nature that simply cannot be matched by the European mainland.

So pack your best camera and get ready for an adventure:

17 PHOTOS
Under the radar islands in Europe
See Gallery

Under the radar islands in Europe

Juist is one of seven inhabited East Frisian islands at the edge of Germany's Wadden Sea. Its miles of natural, windswept beach have earned it the nickname "Töwerland" (meaning "magic land") in the local dialect. Although the Wadden Sea can be chilly, activities like hiking the mudflats and soaking in thalassotherapy spas make for a different kind of island experience.

If Ibiza is the older brother who throws the craziest parties, Formentera is the chilled-out, hippie younger sister. Even though the two are only an hour's ferry ride apart, they differ completely in atmosphere. Go to Formentera to have pristine Spanish beaches all to yourself. Experience local wildlife, go for a sail on turquoise waters, or swim over to Espalmador, a tiny neighboring island where you can slather yourself in revitalizing sulfurous mud.

Just below Corsica, Sardinia mixes the best of Italian food and culture with an island paradise. Snorkel past ancient Roman shipwrecks, hike to crumbling lighthouses, or take in the sapphire ocean framed by dramatic hills. When you're done, eat top-notch seafood with your toes in the sand at a beachside restaurant, and wash it all down with some local Limoncello.

If you're looking for peace and solitude, the island of Colonsay in the Scottish Inner Hebrides might be just the place for you. At only eight miles long and three miles wide, it's a remote outpost where nature reigns supreme. Listen to the waves as they crash on its long stretches of golden sand, or hike some of the "McPhies" — little peaks of about 300 feet. You'll forget about the modern world altogether.

The largest of Estonia's islands, Saaremaa takes visitors back to the time of the pirates and Vikings who once called it home. It's easy to imagine them as the dense pine forests, thatched-roof houses, and little fairy-tale villages provide a window into the past. And don't forget to visit the beach — Estonia's temperate climate means the water is perfect for swimming in the summer.

Although it's easily reachable from Athens, Hydra feels like a world away. Cars and bikes are banned on the island, so donkeys carry tourists' luggage up the winding cobblestone streets. Beyond cute, pebbly beaches full of bars and restaurants, Hydra boasts upscale shops and numerous nautical museums.

With just barely 1,100 inhabitants, sleepy Mljet is a place of serenity and tranquility. Almost 90% of the island is covered in forest, and a huge national park offers miles of scenic walking trails. Fun fact: the island's only hotel is named after Homer's Odysseus, who is said to have lingered there, bewitched, for seven years.

Home to mostly fishermen, tiny Graciosa in Spain's Canary Islands is a far cry from its bustling neighbor Lanzarote. Caleta del Sebo is the island's only village, where whitewashed houses and roads of sand seem untouched by modern life. Go for a dive in crystal-clear waters that border a marine reserve, and take in Spanish culture at an even slower pace than usual.

Mykines is the place to go if you are seeking a complete escape. Besides the flocks of puffins, fewer than 20 people live here year-round. Sights to see include colorful, turf-roofed houses and sheer cliffs with impressive views across the Atlantic to Iceland. Mykines is reachable by ferry or helicopter from nearby Vágar.

Lush Fayal Island is the westernmost point in Europe. Its volcanic origins make for an alluring terrain of hills and craters, and there are many opportunities for hiking, biking, canyoning, and horseback-riding. Visit in the summer months for a special treat: thousands of hydrangea plants bloom, turning the island blue.

Scenic Gozo, found right next to the main island of Malta, is an enchanting rural destination that's about the same size as Manhattan. Its selection of ancient temples are some of the world's oldest, and it's also considered to be one of the best diving spots in the Mediterranean. Don't miss the Azure Window, a geological formation that was used as a backdrop in Game of Thrones. ​​

For a slightly chillier island retreat, head to Træna: a collection of over 1,000 tiny Norwegian islands, of which only four are inhabited. See majestic caves and grottoes, and visit in July to attend Træna's famous music festival in the full glow of the midnight sun.

Belle-Île-en-Mer literally means "Beautiful Island in the Sea," and this delightful haven off the coast of Brittany lives up to its name. Known for its pastel-painted buildings and 60 gorgeous beaches, the island also holds the Festival Lyrique en Mer: an internationally-renowned opera festival featuring some of the world's best emerging singers.

Only 40 minutes from the UK, this most northerly of the Channel Islands offers a British experience with a laid-back, French flair. Explore green pastures, rugged cliffs, and snaking cobblestone streets — if you get lost, the island is only 3.5 miles long and 1.5 miles wide.

Vis, the furthest island from the Croatian mainland, is known for fabulous local wine, fresh seafood, and exciting nightlife activities. Its dramatic scenery evokes an aura of mystery that would fit a James Bond hideaway. Kayak through caves, sail the bays and lagoons, and take it all in from the top of Hum mountain.

Flirt with danger on Italy's Stromboli: the island is home to one of the most active volcanoes on Earth, and it erupts almost continuously. Don't worry too much, though — the explosions are small and barely faze the locals. Enjoy unique black-sand beaches by day, and look out for bursts of golden lava at night.

The appeal of Inishmore lies in its towering cliffs and eerie, blustery landscapes. Breathe in salty air on weathered bluffs, take a tour with a "pony and trap" (horse and buggy), and feast on fresh-caught mackerel. Look out for the seal colony that also calls the island home.

Brittany Kriegstein contributed reporting to an earlier version of this article.