You really don't want to know what gelatin is made of 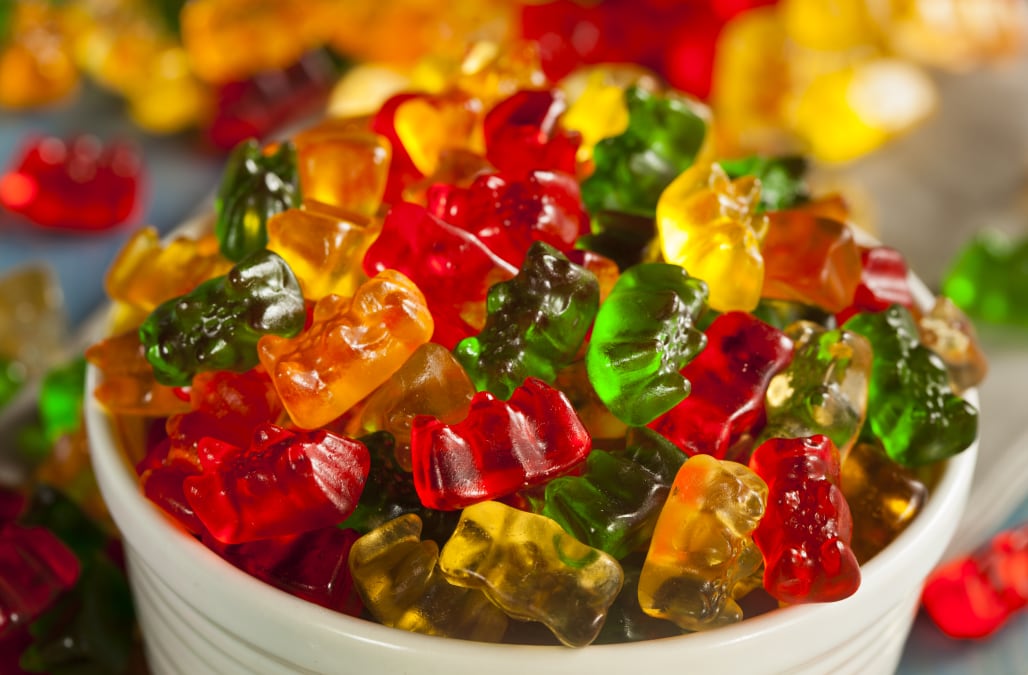 I'm sure that most of us have heard that our favorite, sugary snacks like Jell-Oand gummy bears are made from the odorless and colorless gelatin. But what is gelatinmade of?

According to rumors, the substance contains tissues and bones from animals (like cows, horses, and pigs), and, well, those rumors turn out to be pretty true. To some, that may be pretty fascinating, but for most of us that's just plain gross. If you're like me, you're probably curious as to how it's made, and what other products contain it (ahem, shampoo).

So, prep yourself to truly get to know gelatin, and who knows, maybe you'll become a fan.

Okay, so I wasn't lying when I said that gelatin is made from some classic farm animal parts. Gelatin comes from animal skin, bones, ligaments, and tendons because they are a huge source of the protein, collagen (yea, the stuff that keeps your skin nice). Turns out that collagen is a pretty great binding agent, which gives gelatin its gooey, jelly texture.

How Gelatin Is Made

To all of those who are curious, making gelatin is seemingly a simple process: just boil some animal bones for a prolonged amount of time (we're talking like 6-8 hours, people). If you're feeling adventurous, you can DIY some gelatin, but you'll probably get more of a yellowish gelatin, rather than clear.

What Has Gelatin in It?

Get ready to feel betrayed by some of your favorite foods and products (other than Jell-O), because at least one of them is guaranteed to contain gelatin. You know those amazing, frosted cereals you love (cough, cough Mini Wheats)? Gelatin is a main ingredient. Candies like Snickers, Skittles, Starbursts, and marshmallows have also fallen victim to the gelatin trap (I know, I'm crying too). And beyond the food world, pharmaceutical pills and everyday cosmetics are pretty tight with their buddy gelatin as well.

Like it or not, this is what gelatin is made of. You're pretty much an expert in the topic at this point, so the next time you (or someone you know) decide to make some homemade Sour Patch kids, or some stellar marshmallows, you can spit straight, gelatinous facts.

Related: Celebrities who are vegan

Celebrities who are vegan

More from Spoon University:
9 Ways to Cook Eggs Other Than Scrambling Them
How To Make Frozen Waffles Epic
6 Easy Frank Hacks to Keep In Your Arsenal

The most trusted cleaning products in America

This Samsung TV is on sale for just $148 on Amazon

Where to find Longchamp totes on major sale