How much caffeine are you getting with that cold brew coffee? 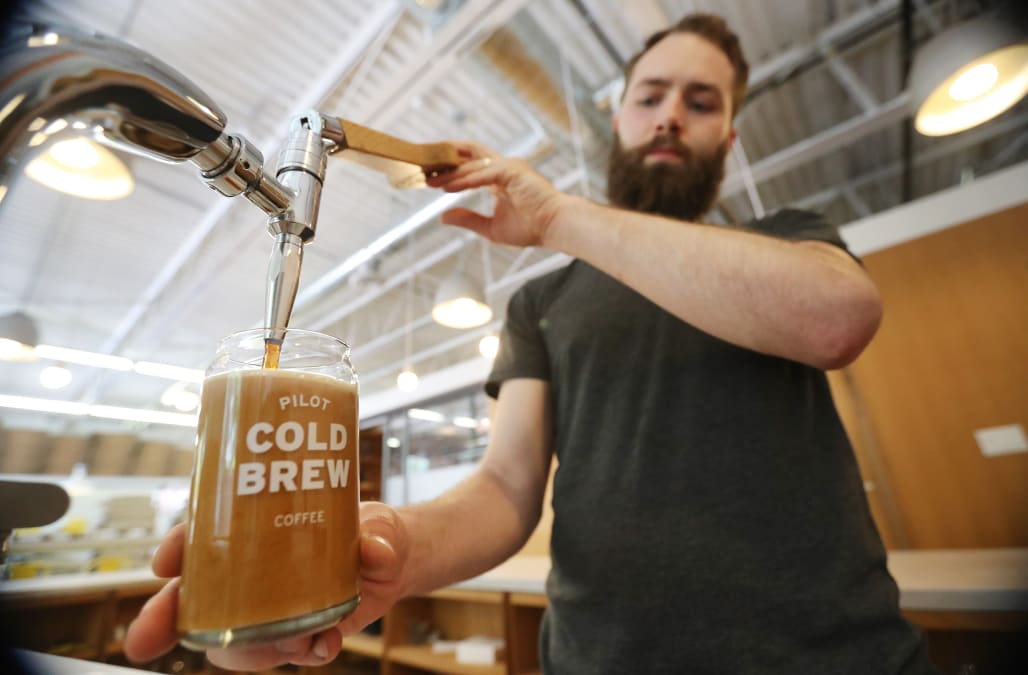 Light roast step aside! When you need a major boost, black coffee straight is the only way to go.

But no so fast! Now science suggests there's not much difference in caffeine levels between dark and light beans.

Now that it's summer, we're left wondering: what about the cold brew?

BUY IT
Levtex, This House Runs on Coffee Set of 2 Dish Towels, Nordstrom, $24.00
BUY IT

Turns out cold brew coffee could actually have less caffeine than hot coffee.

But there's more to it than that.

According to the Huffington Post, the amount of caffeine is upped the hotter the water used to brew it is.

Even if the cold brew is made with a greater coffee to water ratio, the brew is also made from concentrate which means it's diluted, meaning more water.

For example, according to their site, a tall brew at Starbucks has 200mg of caffeine whereas a hot coffee can have between 260mg and 360mg.

Meaning, even if it's 90 degrees outside and you need a jolt, opt for a hot coffee in the AC.

Foodies are obsessed with this hot honey

Get free Food Network Kitchen with this Echo deal