Penn Station, the Hippodrome, and 10 other lost buildings of New York City 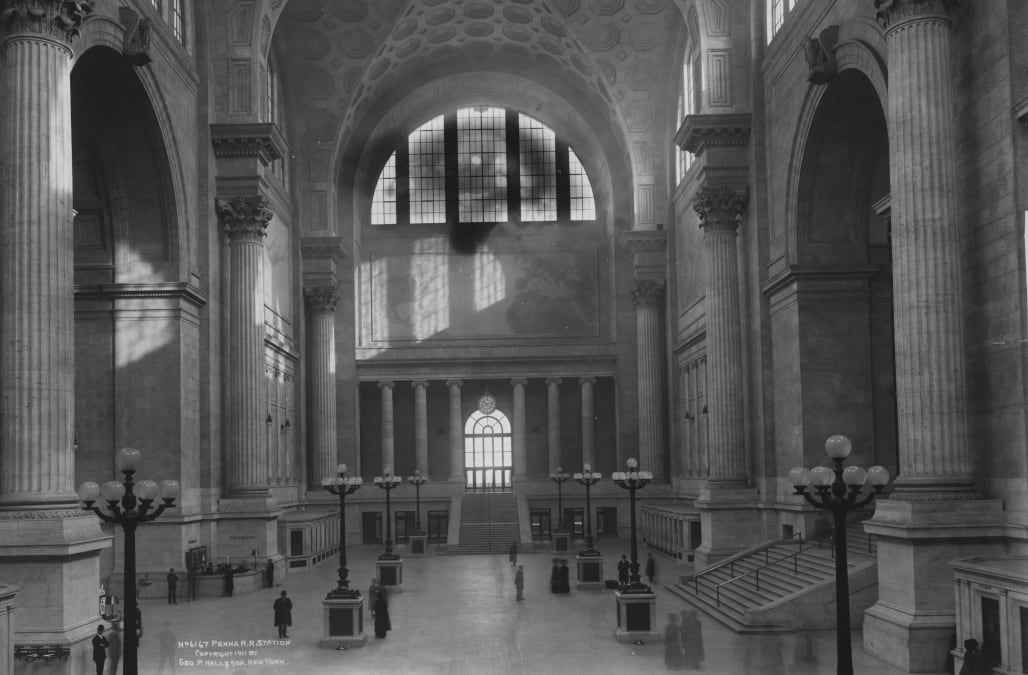 As ardent as New York's architectural preservation movement is today, historians are quick to remind us that it wasn't always this way.

With the skyscraper boom of the early 20th century and then the modernist construction fervor of the 1960s and 70s, a number of extraordinary buildings met their untimely demise, making way for the city we know today.

Perhaps the most famous of these, and one that still haunts architectural historians and city residents alike, is the demolition of the original Pennsylvania Station, whose dismantling was met with a now-famous New York Times editorial pronouncing: "A city gets what it wants, is willing to pay for, and ultimately deserves."

But for as many unfortunate parables, there are victories to be celebrated, and extraordinary structures to be remembered. Here are 12 remarkable buildings that once grazed the New York City skyline.

The lost buildings of New York City
Arguably the city’s most famous lost building, the original McKim, Mead, and White–designed Penn Station, erected in 1910, was demolished in 1963 to an outcry of public criticism. The building’s exorbitant maintenance costs drove the city officials to replace the Beaux-Arts structure with the modernist Penn Plaza that exists today.
Designed by architect Alfred B. Mullett, the City Hall post office occupied a triangular lot across from New York’s City Hall, whose original structure still stands today. Completed in 1880, the mansard-roofed building was considered an eyesore (even nicknamed Mullett’s Monstrosity) until its destruction in 1939.
A descendant of railroad magnate Cornelius Vanderbilt, William Vanderbilt used his family inheritance to build a sprawling “chateau” at the intersection of 57th Street and 5th Avenue in Manhattan. The exquisitely crafted 130-room home was razed in 1962.

Before moving to its Park Avenue home, the iconic Waldorf-Astoria hotel occupied two separate German Renaissance structures on Manhattan’s Fifth Avenue that were owned by two feuding Astor relatives. In 1929 the two buildings were demolished to make way for what would become the Empire State Building.

Home to the Singer Manufacturing Company, the 47-floor Singer building was erected in 1908 and was briefly the tallest building in the world. Upon its demolition in 1966, the Singer tower was the tallest edifice to be intentionally destroyed.
One of New York’s largest theaters at the time of its construction in 1905, the Hippodrome was the brainchild of Coney Island developers Frederic Thompson and Elmer Dundy. The theater was razed in 1939 and is today home to a midtown office building bearing the same name.

Adjacent to Grand Central Terminal, the Warren and Wetmore–designed Biltmore hotel opened in 1913 as part of the city’s Terminal City Development, which also included the Roosevelt Hotel (still in operation today) and the Commodore Hotel. The building was stripped to its skeleton in 1981 and rebuilt as Bank of America Plaza.

At Riverside Drive and 73rd Street sat the opulent 75-room residence of steel magnate Charles M. Schwab. Completed in 1907, the Maurice Hebert–designed home was razed in 1948 to make way for an apartment complex bearing the businessman’s name.
Erected in 1918 as a temporary structure commemorating the New York soldiers who fought in World War I, the Victory Arch stood just north of the Flatiron Building at the intersection of 24th Street and 5th Avenue.
The Fifth Avenue home of wealthy textile merchant Isaac Vail Brokaw, the Brokaw mansion was the centerpiece of a collection of nearby homes owned by Brokaw and his family. The home was demolished in 1966 to a scathing New York Times editorial titled “Rape of the Brokaw Mansion.”
Headquarters to the late newspaper empire bearing its name, the New York Tribune Building was built in 1875 by architect Richard Morris Hunt. The brick-and-stone building, famous for its protruding clock tower, was razed in 1966.
Another Warren and Wetmore design, the Ritz-Carlton hotel opened in 1917 at Madison Avenue and 46th Street and was considered to be among the finest stays in the city. The hotel was demolished in 1963 to make way for an office tower.
Up Next

What airports aren’t cleaning as well as they should

Shop Puma’s online-only outlet for as low as $7

People are 'hooked' on this $30 anti-aging set