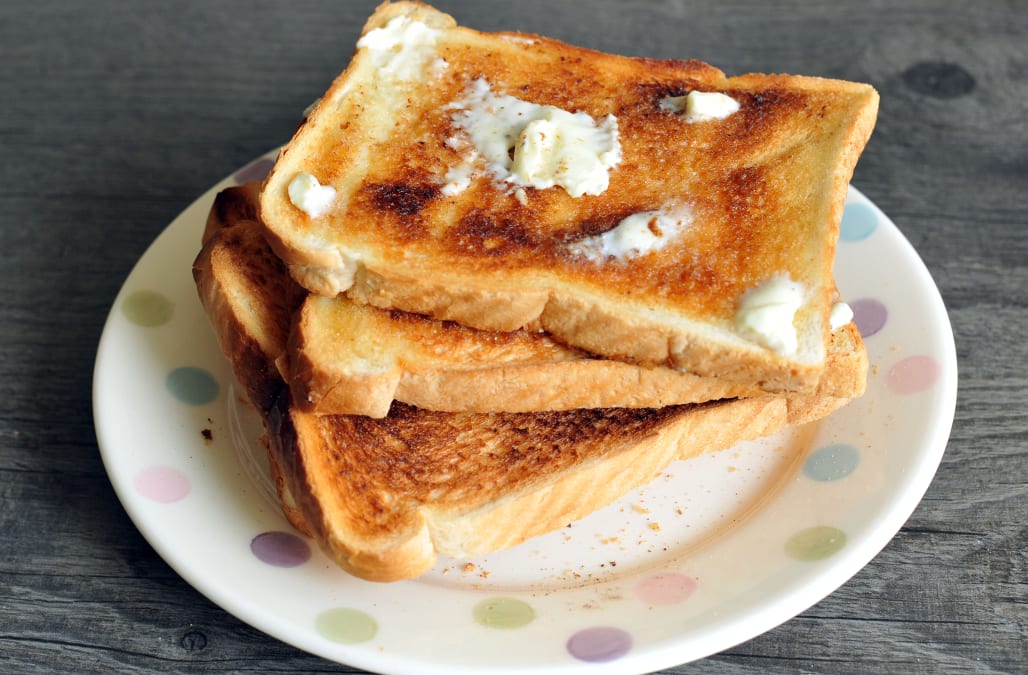 It's been believed that white bread is unhealthy; in fact, sales of white bread have dropped 75 percent since 1974. One study, however, may change our thinking.

A new report in the journal Cell Metabolism states that whether white or whole wheat bread is healthier "depends on the person."

What did the study find? There was actually little difference between the two diets. "The initial finding, and this was very much contrary to our expectation, was that there were no clinically significant differences between the effects of these two types of bread on any of the parameters that we measured," said Eran Segal, a computational biologist at the Weizmann Institute of Science and a senior author of the study.

Different people, however, have different glycemic responses to eating the same food. Some had better responses to white bread; others, whole wheat.

Another senior author and researcher in the Department of Immunology at the Weizmann Institute, Eran Elinav, said this finding may lead to a new paradigm in how we treat diets.

"To date, the nutritional values assigned to food have been based on minimal science, and one-size-fits-all diets have failed miserably," Elinav said.

The study encourages further research on different responses to food and how we eat.

Here's what to do with leftover bread

21 PHOTOS
20 Things to do with Leftover Bread
See Gallery

20 Things to do with Leftover Bread

Read on to learn several ways to use leftover bread.

Morning decadence at its best—vegan-style. Simplify this recipe by skipping the Amaretto Crème and serving it with fresh berries and a bit of maple syrup. Although, if you’re a sucker for anything almond-flavored, the crème is a must.

Get the recipe: French Toast with Amaretto Crème

Forget the salty, greasy croutons from the store. Keep this homemade version around for salads and soups.

Get the recipe: Whole-Wheat Skillet Croutons

Both simpler and more decadent than a chocolate croissant, a grilled chocolate sandwich is a marriage of bread and chocolate in which the two components are evenly matched.

Looking for the perfect appetizer for entertaining? Try this creamed kale with two cheeses and red pepper flakes served on toast.

Get the recipe: Creamed Kale Crostini

The kids will love these sweet bread sticks—and they're super easy to make!

Get the recipe: Sweet-Spiced Bread Sticks

Toast With Honey Mascarpone And Nutella

This recipe is so simple and delicious. All you need is mascarpone, honey, strawberries and Nutella.

Get the recipe: Toast with Honey Mascarpone and Nutella

Also known as “earth’s butter,” velvety avocados add richness to your plain toast, and their heart-healthy fats will keep you satisfied with this snack until lunch.

Get the recipe: Avocado Toast

Turn leftover loaves into creamy, nutty parfaits. This is another one the kids will love!

Get the recipe: Chocolate-Bread Parfaits

Get the recipe: The Pizzawitch

Bread pudding, an economical dish designed to use up stale bread, is most often associated with dessert. But this version is equally comforting as a savory option, enriched with cheese and studded with vegetables.

Get the recipe: Savory Bread Pudding with Spinach & Mushrooms

Studded with strawberries, this breakfast recipe is a cross between a baked French toast and a dessert bread pudding. Swap in almost any fruit depending on what’s in season. Although we typically suggest using whole-grain bread, we stuck with challah for this recipe (because the results are so luscious).

Garlic Bread With Everything

This garlic bread is topped with an abundance of herbs, garlic and butter. A sprinkling of spices is mixed in to perk up the flavors, while a bit of lemon acts as a brightener.

Get the recipe: Garlic Bread with Everything

This high-protein, low-carb salad has gotten a bad rap because of unappealing deli versions served on soggy bread. But, oh, how wonderful an egg salad can be when well made, with its bright yellow yolk, flecks of herbs, and a bit of mayonnaise. This basic salad can be embellished with many flavorings—crumbly bacon, a chopped pickle, diced red bell pepper, capers, olives, chives, dill, or a sprinkling of curry powder. Serve with lettuce, and maybe cheese and tomato, on hearty bread (sliced on the thin side).

Get the recipe: Egg Salad Sandwich

Get the recipe: Baked Onion Soup with a Gruyere Cheese Bread Crust

This is a quick and perfect snack to treat yourself to—and it's an ideal use for homemade ricotta.

Get the recipe: Bruschetta with Homemade Ricotta, Prosciutto and Arugula

Tomatoes, onions and garlic develop a deep, rich flavor when roasted for this warm meal. A mix of different colored cherry tomatoes will add a playful note.

Get the recipe: Roasted Tomato-Bread Soup

Gather tomatoes and basil from your garden, cut up some day-old country bread and make this flavorful, easy salad. It's our take on the classic Italian bread salad known as panzanella.

Get the recipe: Bread & Tomato Salad

Cornbread stuffing, a Southern favorite, is a nice change from more traditional white bread stuffing. This delectable recipe uses Italian turkey sausage, rather than pork, and omits all the butter and cream to cut the fat by two-thirds. This stuffing is lower in sodium as well, and it's so easy to make that it’s sure to become a favorite side year-round.

Get the recipe: Cornbread & Sausage Stuffing

Do you prefer a stuffing that's a little sweet? Try this exquisite version that balances the savory ingredients with apples, raisins and a touch of cinnamon.

Get the recipe: Apple-Raisin Stuffing

A bread pudding-soufflé hybrid, this dish gets its inspiration from a rich, pineapple soufflé traditionally served as an accompaniment to baked ham. For the best texture and flavor, look for soft whole-wheat sandwich bread without any added malt or molasses. Be sure to use canned, not fresh pineapple—fresh pineapple makes the soufflé too wet.