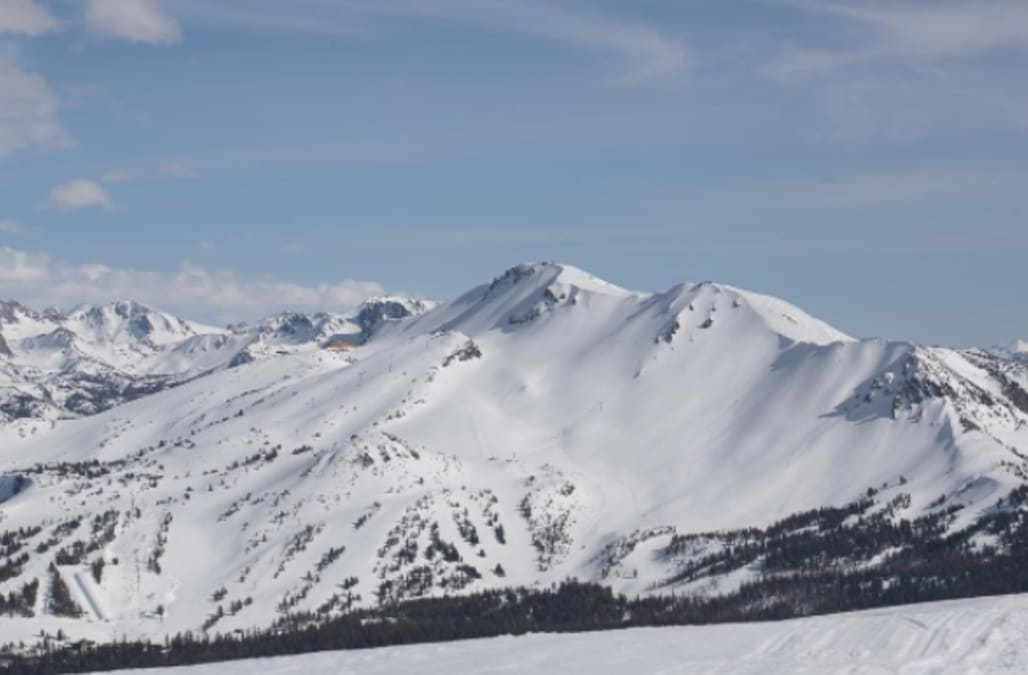 The calendar may say it's June, but in some parts of California, it still looks like a Winter Wonderland.

The unusually high snowfall from the barrage of storms that hit the western mountains over the winter is still on the ground -- and in some places, there's as much as eight feet of it.

SEE ALSO: Southwest Airlines is having a massive 72-hour sale with round-trip fares below $100

"Summer Shredding" is what the Mammoth Mountain ski area in Mammoth Lakes is promoting. According to its website, the ski resort is seeing its "best spring conditions in decades ... and will be operating DAILY into August for one of our longest seasons in history."

Squaw Alpine, a Lake Tahoe resort is also soaking in the snow.

See how snowy it still is at both resorts:

Ski Resorts in California in Spring
The Mammoth Lakes Basin is slowly starting to thaw out. Plow crews are making progress but there is no estimated opening day yet. #mammothstories
Springtime shredding on a 250" base. Photo taken today 6.1 📷 @petermorning #mammothstories
We're thanking our lucky stars for a season as long and fun as this one. Here's to at least two more months of shredding! 📷 @rndmmedia #mammothstories
Poachers Pipe Afterhours Session sign-up on the Tusk Bar Sundeck at Main Lodge from 11AM–2PM. Sign-ups are limited to 75 riders only; this will fill up fast so show up early to get a spot and be part of the session. Come poach with us! Sign-ups will be limited to experienced, expert level terrain park skiers and riders only. @girosnow 🏂@gabriel.b.ferg 📷 @petermorning
Morning light ✨☀️🚁📷 @edcesnalis #mammothstories #memorialdayweekend
Stunning! #mammothstories 📷 @petermorning
Majestic Mammoth. #mammothstories 📷 @petermorning
Big mountain fun 📷 @tjwallasch 5.14 #mammothstories
Come out this weekend for a sweet setup of jibs and jumps at #svamparks! Our park crew is in the process of rebuilding features all week, and we'll be open Saturday & Sunday from 10am-2pm for spring shredding. Photo: @benbirk #springskiingcapital #mysquawalpine
It's June, BUT the skiing is still 💯 #springskiingcapital #mysquawalpine 📷: @skiingrogge, ⛷: @chimcclean
One more opportunity to ski "The Mothership" into the evening! KT-22 will be open until 7pm tomorrow for its closing day. Make evening turns after Made in Tahoe Festival, Passholder Party and the Cushing Crossing #springskiingcapital #memorialdayweekend #laketahoe
It's never too early to dream of wintry days, especially when we're skiing into summer! Get your season pass before prices go up at midnight and start using it now [link in profile] #mysquawalpine #tahoesuperpass #springskiingcapital 📷: @ben_arnst
Up Next

The California Department of Water Resources says that as of June 6, the amount of snow on the ground in the central Sierra region was twice as much as usual, making June its biggest snowpack in decades.In fact, NASA data found that California's snow accumulation this year was larger than the past four years combined.

While some may be asking when this endless winter will end, it's a dream summer for skiers and snowboarders!

More from AOL.com:
What do pilots (actually) do on long flights?
The world's most beautiful gardens will leave you feeling inspired and serene
Is it safe to visit Thailand right now?

After Jimmy Fallon Received Some Devastating News, He Canceled The Tonight Show For A Week
Scroll to continue with content AD
The Latest from Healthgrades

Step you your skincare with this $26 anti-aging set

People are raving about this $14 face cream