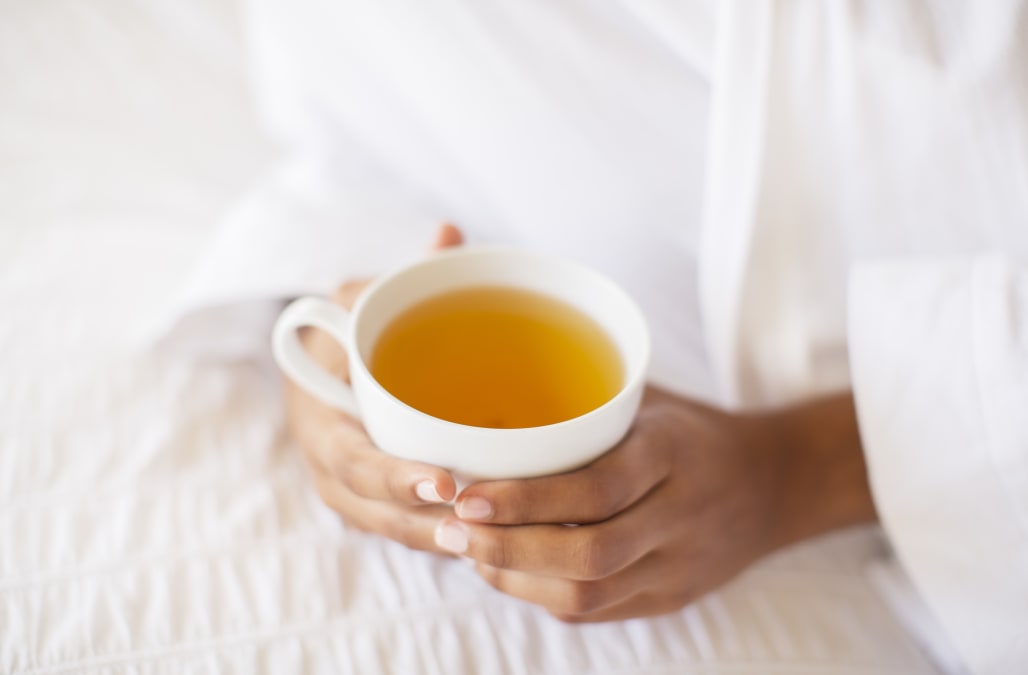 Could your morning beverage of choice do a lot more than give you a boost to get through Barry's Bootcamp? If you're picking tea over coffee, the answer—according to new research—is yes.

In women, tea drinking is associated with changes in 28 different gene regions that may interact with cancer or estrogen metabolism, according to a new study published in Human Molecular Genetics. In other words, drinking tea may actually change how DNA is expressed, and could play a role in disease prevention, Time reports.

Tea may actually change how DNA is expressed, and could play a role in disease prevention.

It's no secret that tea is packed with health and beauty benefits: everything from comforting you when you're sick to giving you an energy boost when you're exhausted. But this new research indicates that it can affect our bodies on a much deeper level—and could even help suppress tumor progression, decrease inflammation, and lower estrogen levels in women.

The study looked at DNA samples from more than 3,000 tea- and coffee-drinking adults in Europe. While it didn't address the specific kinds of tea people regularly consumed (though lead author Weronic Ek says black tea is especially popular in those regions), the study did conclude that the chemical modifications the researchers witnessed were experienced by women, but not men—but the study's authors say it could be simply because there were fewer men in the study. Or, it's possible that tea affects women differently through estrogen-related pathways, they say.

As for the other piping hot fave in your life? According to the study, even though coffee is similarly antioxidant-rich and has been shown to boost brainpower and cut the risk of cancer in some people, it doesn't promote the same genetic changes as tea.

Does this mean you should swap your morning latte for a cup of peppermint tea? Not necessarily, especially since researchers aren't yet sure how these changes are related to actual health outcomes. "I would recommend people drink the beverage that they enjoy," says Ek. But the findings are intriguing, she says, and she's hoping a larger follow-up study will be conducted to confirm the findings.

Hey, scientists: Just a suggestion—can you include mushroom tea and matcha in the next round of research? If humble, everyday black tea is enough to change your DNA, who knows what these marquee mixes are doing, under the radar.

More tea intel: If you think you have adrenal fatigue, there are a bunch of teas that are said to offer relief—and brewing stinging nettles will get you a cuppa and a hair treatment.

Tea has less caffeine than coffee

Tea may reduce your risk of heart attack and stroke.

Tea gives you a sweet smile.

16 of the best puffer coats to shop this winter

Here's how to sign up for Peacock free of charge