If you're sick of the 'unicorn' trend, make these lattes 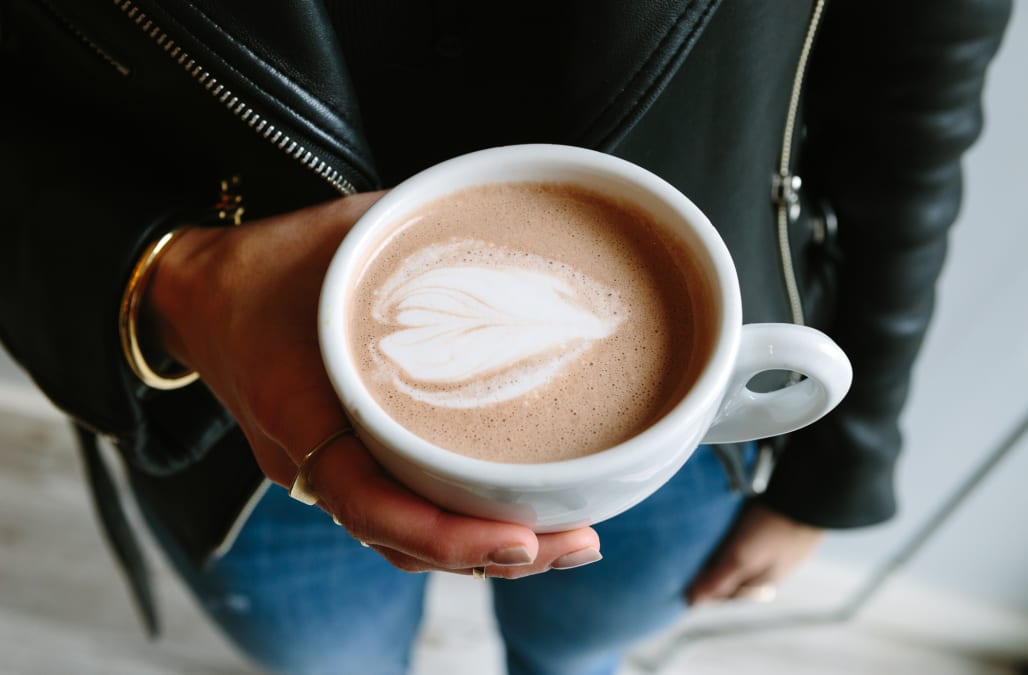 With the inundation of "unicorn" foods -- the most famous being Starbucks' unicorn frappuccino -- you may be sick of the neon colors and intense flavors by now.

Luckily, there are several drinks to try that are unique but won't rot your teeth. In fact, these beverages -- from beloved New York City cafes Baba Cool and East One -- are actually good for you.

Take Baba Cool's Golden Milk Latte. It's an espresso drink that has ginger and turmeric -- both anti-inflammatories. Then there's the activated hot chocolate; what does it mean to be "activated"? According to Baba Cool's chef, Gabriella Mann, "It's called activated because it is herbally energizing."

We'd take that over crazy colors and 59 grams of sugar any time.

Check out the drinks and their recipes:

Put in stockpot. Bring to a boil over medium heat. Turn off stove and strain. At the shop, we pour over a shot of espresso (optional)

Note from Chef Mann: “‘Activated’ is not used with its general meaning; it's called activated because it is herbally energizing.”

2 cups of water or milk of your choice

Put all ingredients in a pot and bring to boil. Serve with a sprinkle of cinnamon on top (optional). I like it with 1.5 cups water and half cup of almond milk.

Go about making espresso how you would at home. Heat oat milk on the stove top. Froth slightly with a handheld milk frother to acheive a “microfroam” affect. Find a small mug and pour espresso and foam using a 1:5 espresso/milk ratio.

"Put simply, making a flat white comes down to milk texture. We're looking for a silkier consistency and less foam than a cappuccino." -- James Stahon, Head Roaster at East One