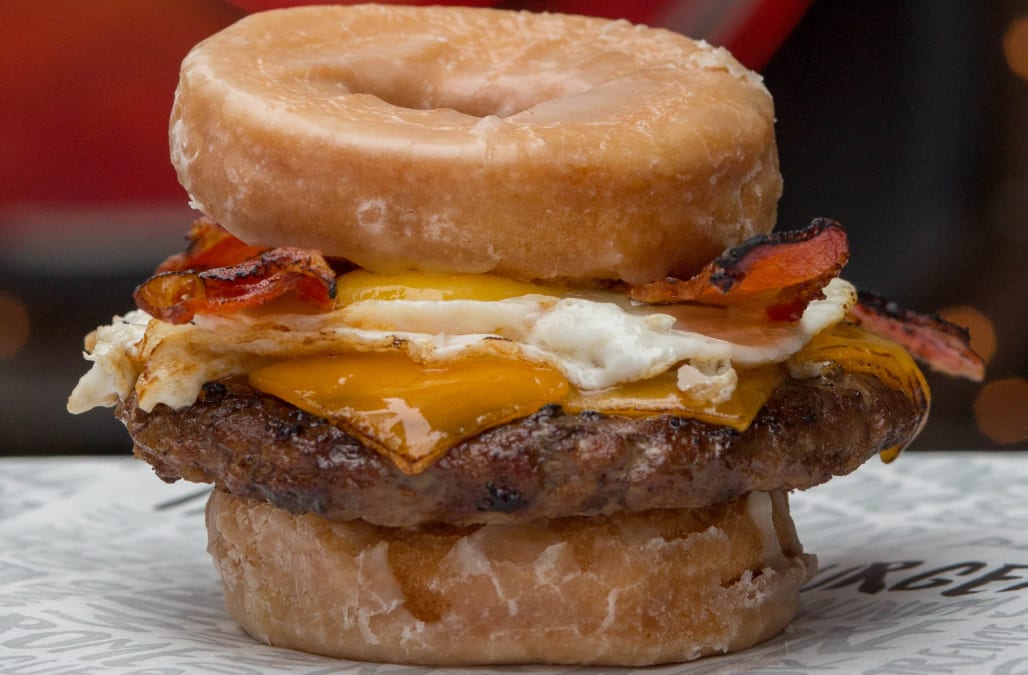 For one day only (National Donut Day, naturally), Hard Rock is offering a Glazed Donut Breakfast Burger and the Sweet and Spicy Donut Burger in their New York and Yankee Stadium locations.

The first is basically what hungover dreams are made of: a burger with eggs and bacon, sandwiched between a glazed donut. The second is a burger with pineapple (sweet) and jalapeños (spicy), all between a chocolate donut.

Oh, and you can accompany your meal with a chocolate donut martini made with donut-infused vodka. Check it out here:

Hard Rock and Entenmann's National Donut Day
Up Next

That's not all; Entenmann's is letting all of Times Square in on the celebration: they'll be giving out donuts all day according to a press release.

Can't make it to Times Square on Friday? You can follow along on social media with #NationalDonutDay and enter their contest to win donuts for a year. Between this and Hard Rock's burgers, you'll be set until National Donut Day 2018.

More from AOL.com:
6 easy ways to actually drink enough water
Want to totally impress your waiter? Here’s what to say
Brooklyn Brew Shop and Stillwater Artisanal team up to help you make your own beer

Chris Hemsworth says this book is an amazing read