Why eating fresh fruit could actually lower your risk of diabetes 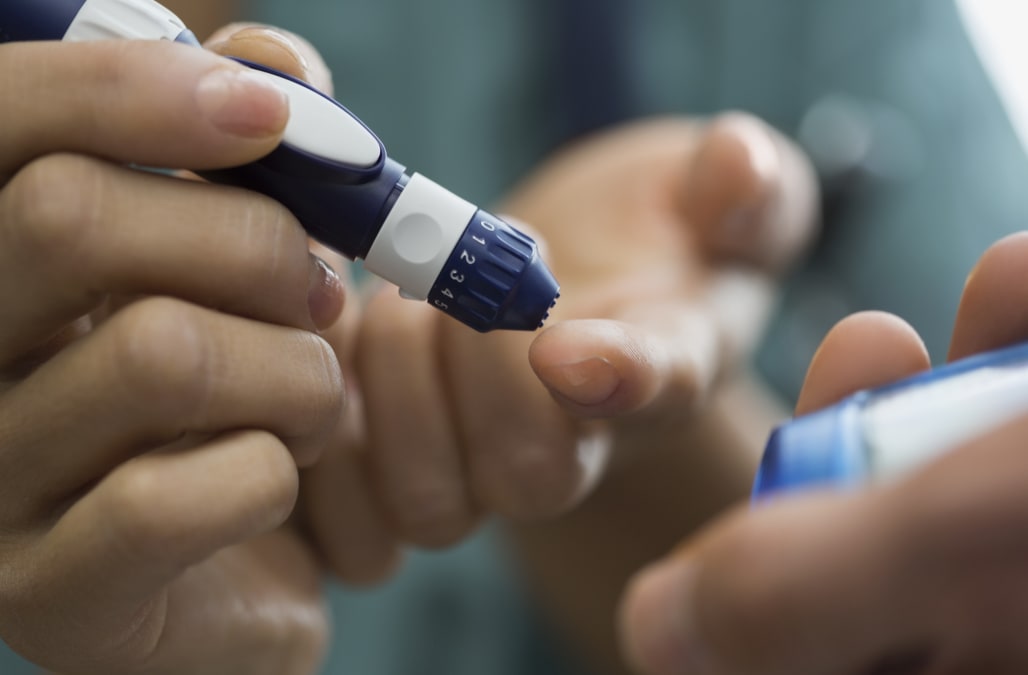 You might have heard about papaya's probiotic powers, or the mega-nutritous (and protein-packed) jackfruit—but usually when nutrition pros talk about fruit, they're advising you choose from the low-sugar options (and definitely skip the dried variety altogether).

But according to a new study, nature's candy may reduce the risk for developing diabetes.

The observational study, published in PLOS Medicine, tracked the health and diet of more than 500,000 adults in China for seven years. It found that those without diabetes at the start who ate fresh fruit daily were found to have a 12 percent lower risk of developing the disease than those who ate none.

"The sugar in fruit is not the same as the sugar in manufactured foods and may be metabolized differently."

RELATED: The most surprising fruits commonly mistaken for veggies

The Most Surprising Fruits Commonly Mistaken for Vegetables

Looks (and tastes) can be deceiving when it comes to categorizing fruits and vegetables. Many varieties of produce that are traditionally treated as vegetables are actually fruits. Check out the most unexpected "vegetables" that are really fruits.

This superfood, often used in salads or guacamole in the U.S., features a center pit (the seed). In certain cultures, avocado is actually served as a fruit and used in desserts such as Vietnam's Sinh To Bo, an avocado milkshake, or Indonesia's version with chocolate syrup.

Considered a berry, this fleshy fruit with many seeds is often prepared as Eggplant Parmesan, breaded with mozzarella cheese and tomato sauce -- a most unassuming way to eat a fruit.

When you consider that this seeded salad essential is used to make salty and sour pickles, it becomes especially shocking that it is considered a fruit.

Try serving the watery plant as a fruit in treats such as Cucumber-Lime Pops with Gin.

While a tomato is scientifically a fruit and part of the berry family, the Supreme Court once ruled that they are vegetables for trade purposes in the 1893 case of Nix v. Hedden in which a tomato importer believed that he need not pay the import duty on vegetables because tomatoes are fruits.

To treat tomatoes as fruits in your kitchen, try a great tomato jam.

All varieties of squash, from zucchini to spaghetti squash, are technically fruits, but butternut squash's sweet flavor makes it one of the most common types to be treated as a fruit in dishes such as Roasted Squash Soup with Maple-Glazed Bananas.

From the mild and sweet to the super spicy, peppers are seedy and thus categorized as fruit. In ever-popular bell peppers, green and red varieties emerge from the same plant. Immature green peppers sweeten over time and become the sweeter red peppers.

Often fried or used in stews for its thickening capabilities, okra is a fibrous fruit with antioxidants. The nutritious pods can even reduce the risk of heart disease.

For a savory side, serve okra with corn alongside Louisiana Catfish.

These oily spheres are Mediterranean staples and look unlike any other common fruit. Their distinction as a fruit (in the drupe family) makes everyday olive oil seem incredibly unusual.

A kitchen staple during the fall months, pumpkin is a fruit whose seeds can also be enjoyed.

Explore pumpkin's fruit properties in desserts such as Pumpkin Cake with Dried Cranberries.

While it sounds great—eat more fruit, don't get diabetes!—it may also sound contradictory. If high sugar consumption is a leading cause in developing diabetes and fruits are packed with sugars, is it really smart to OD on oranges?

"The sugar in fruit is not the same as the sugar in manufactured foods and may be metabolized differently," the lead author, Huaidong Du, MD, a research fellow at the University of Oxford, tells TheNew York Times. "And there are other nutrients in fruit that may benefit in other ways."

So go ahead and pass that pomegranate, pineapple, or pitaya—just keep doing it in moderation.

More from Well and Good:
Is primal eating the new Paleo?
The secret ingredients in these epically good brownies? Sweet potato and avocado
The ultimate guide to detoxing every part of your life