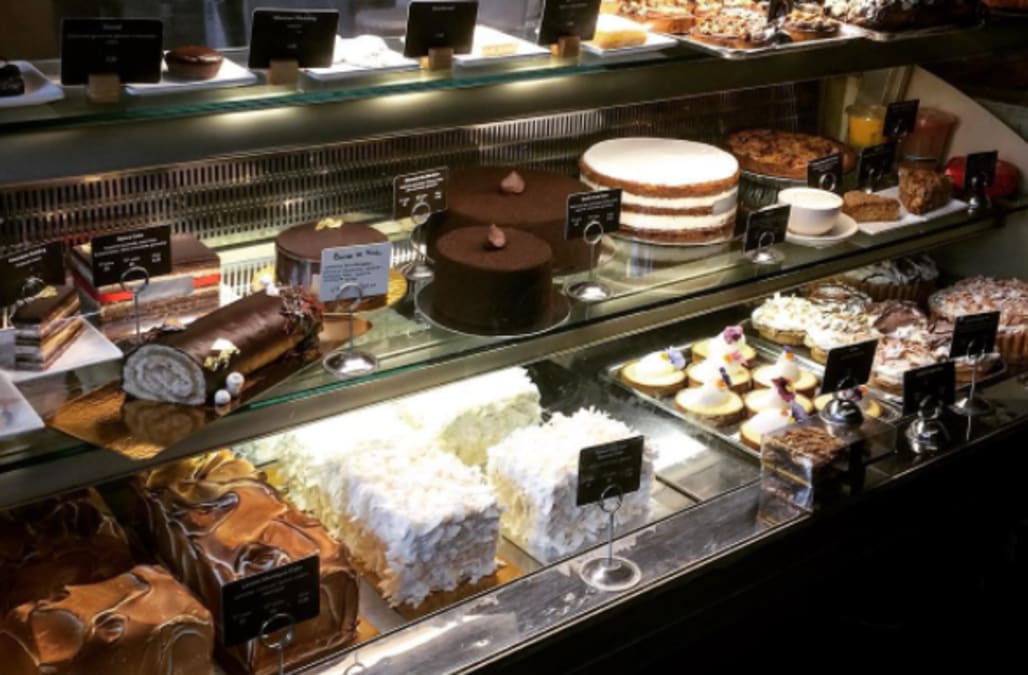 It's nearly impossible to believe, but there was a time when Tartine Bakery almost went out of business. A year-and-a-half after opening on the corner of Guerrero and 18th Street in San Francisco's then-dodgy (okay, still-dodgy—but now Mark Zuckerberg lives there) Mission district, owners Elisabeth Prueitt and Chad Robertson realized that the neighborhood just didn't have the daytime foot traffic to keep them afloat. Even with the benediction of local food heroes like Alice Waters and chef Paul Bertolli, the rustic country bread and French-accented pastries that had been so popular at Bay Area farmers' markets weren't moving the needle in the un-renovated bakery they'd taken over in 2002. (Try to remember: This was practically pre-blogs.) "We thought this was a good idea, but that we'd picked the wrong spot," said Robertson.

Today, it's impossible to imagine Tartine Bakery—and the 5,000-square-foot Tartine Manufactory that opened last summer five blocks away—without an hour-plus line. It's rare to find a mention of Robertson without the words "bread guru" attached, or to visit a new bakery that doesn't have copies of Prueitt's first Tartine book or Robertson's two bread books on a shelf somewhere. It's also hard to imagine that long ago time when baguettes were the pinnacle of baking in the U.S. and "wild yeast" sounded like a good band name. If you've seen bread porn on your Instagram feed (gaping crumb, mahogany crust, those deep slashes across the top), you've experienced the Tartine effect. And it is amazing.

See some of the deliciousness they create:

Prueitt and Robertson met when they were seated alphabetically at the Culinary Institute of America in Hyde Park, New York. Prueitt, a smart, cool-girl Brooklynite, had studied acting and photography. Robertson, a quiet force by way of West Texas, decided to become a bread baker shortly before graduation. They went to France to apprentice, then sought out bakeries with wood ovens in small towns in California. They soon won fans at the farmers' markets, including Waters, who told me that "their combination of taste and sustainability and wholesomeness is unbeatable. We haven't explored taste in that dimension."

Most of their beginners' mistakes were made offstage, during three years of apprenticeship, followed by six more baking in a little room with a hole cut into it to reach the oven they built outside. They opened briefly in Mill Valley, then finally made the leap to the city.

After Tartine became crushingly popular, the couple could have cashed out. Instead, they are always pushing to evolve. Prueitt has known she was Celiac since she was a teenager, but she wasn't forced to address it until her work—constantly tasting and testing— made her uncomfortably sick. Her subsequent dive into developing cookies, brownies, and tarts using gluten-free and nut flours eventually dovetailed with the country's GF obsession.

Robertson is never not improving his bread, traveling the world to research heritage grains and techniques and always finding ways to make it better. These days, he's into the concept of scaling up to create an "artisanal industrial" bread.) "There is so much learned and so much left to learn," said Robertson. He explained that at Manufactory, in addition to using higher-extraction, fresh-milled flours that retain more of their whole-grain components, they're applying "baking technologies to pizza, pasta, pastry, and bread to make more flavorful and nutrient-dense food." Robertson noted that they're collaborating with friends like pizza deityChris Bianco, who will oversee both a pizzeria and a restaurant in the forthcoming Tartine Manufactory in downtown L.A., to "dig deep into what makes these foods good, and how we can make them better together."

The Copenhagen chef Christian Puglisi didn't know who Robertson was when the baker dined at Relae after it opened in 2010. Their friendship grew from their love of bread, and Robertson eventually returned—sourdough starter in his suitcase—to help Puglisi develop his bread program, teaching Relae's pastry chefs like Pam Yung (formerly of Semilla), who have since made Robertson's technique (and starter) their own. This open-source sharing of knowledge is not surprising to those who own Tartine Bread, which put forth everything that Robertson had learned into a 34-page recipe that has been the backbone of pro and amateur bakers around the world.

Puglisi is impressed by his friend's dedication and curiosity. "I like how he has the courage to do what he believes can challenge him instead of what might be expected of him," he says. "He seems to find great enjoyment in getting to know new flours and varieties, as if he speaks their language, and that is truly inspiring."

If an aspiring baker needs inspiration for the slog ahead, it is the Manufactory. The Commune-designed, Cali cathedral–like space adjacent to the Heath Ceramics factory allows the couple's passions to be deepened and shared on a grander scale, furthering their dream of using technology to, as Robertson put it, empower true scaling of artisanal craft.

Rather than the once-a-day afternoon bake that Robertson allows at the OG bakery, the Manufactory, under the eye of head baker Richard Hart, sends out up to 500 loaves several times a day from the two-story oven shipped over from Germany. Pruiett's pastries, including her brioche jam bun and wheat-free chocolate cake, fill a case, while her Cookies & Cream ice cream counter allows her to fulfill a decade-long dream that will eventually go wholesale. (This marked a return for Prueitt, who had stepped back from the day-to-day nine years ago, when their daughter, Archer, was diagnosed with a form of cerebral palsy.) And then there is food-food, chef Sam Goinsalvo's procession of creative, mostly wholesome plates that go from Liège waffles at breakfast to a devastating porchetta sandwich on ciabatta to fermented pastas and, soon, Robertson's take on Roman pizza at night.

They ran out of room for the preservation component, which they'll blow out at their two upcoming Los Angeles projects, one in a 40,000-square-foot space at The Row downtown, the other in a former bank in the Arts District.)There are talks for spaces in Oakland, Brooklyn, Tokyo, maybe even Seoul.

This all-day vibe of Manufactory is also the theme of Prueitt's new cookbook, Tartine All Day. If you've been following @lizprueitt_tartine on Instagram, you've heart-emoji'd her swirly ice cream cakes and whole-loaf garlic-herb bread, then craved them for days, wondering where you could get anything closely resembling that.

As the couple scales up—way beyond all-day—they're still focused on maintaining their magic. The philosophy continues to evolve, and the tasks at hand never get easier. "It's impossibly tough work," said Robertson, "but learning how to scale the craft without compromise, we are pushing harder than ever over the next decade." In fact, he said, he and Prueitt are just getting started.

Take a look inside the Tartine Manufactory, a magical place to eat pasta, bread, ice cream, and basically everything you ever wanted.

Follow the journey of Tartine's sourdough starter to kitchens (quite literally) around the entire globe.

More from Bon Appetit:
When Life Hands You Lemons, Make These Lemon Desserts
No-Cook Pasta Sauces You Should Have Up Your Sleeve at All Times
Gooey, Gorgeous Cheese Recipes
35 Make-Ahead Breakfasts so You Can Sleep in and Eat Well All Week