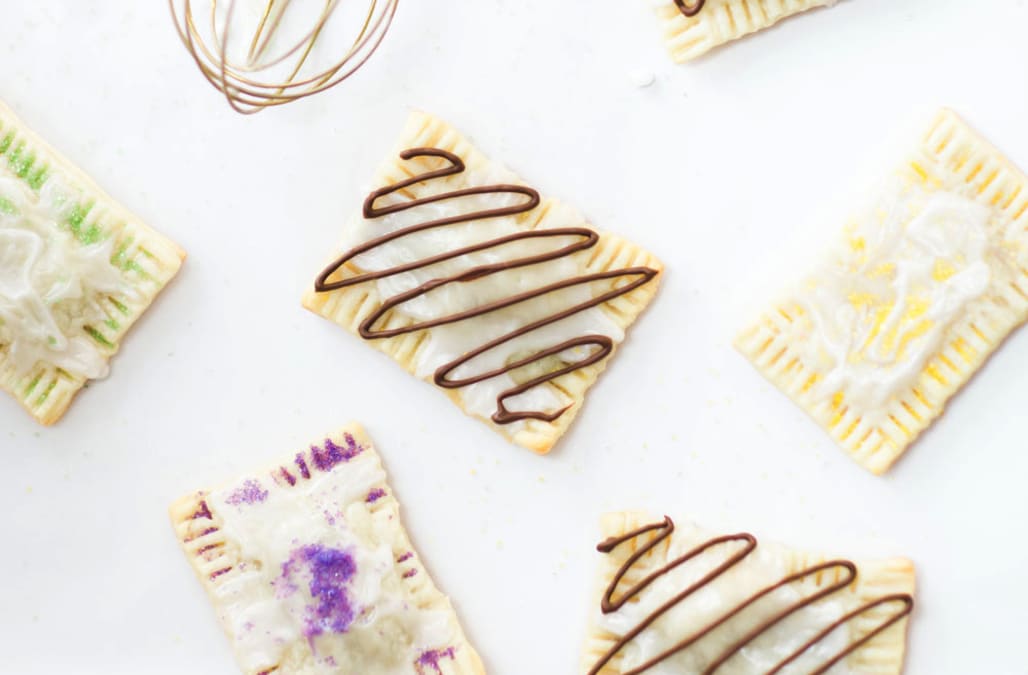 My family has fallen hard for this simple homemade pop-tart recipe. These 3-ingredient pop-tarts are super simple to throw together; they use a combination of store bought ingredients, and stuff we always have on hand.

They're also a lot of fun to make with your family and kids. Oh, and did I mention they're totally yummy? To get your kids in on the action, just cut out your rectangles and let the little ones go to town filling and then decorating their own special pop-tarts. Scarlett loves topping hers with sprinkles and telling us exactly which ones are hers. The combinations are pretty endless and it's extra fun eating a pop-tart you made yourself. 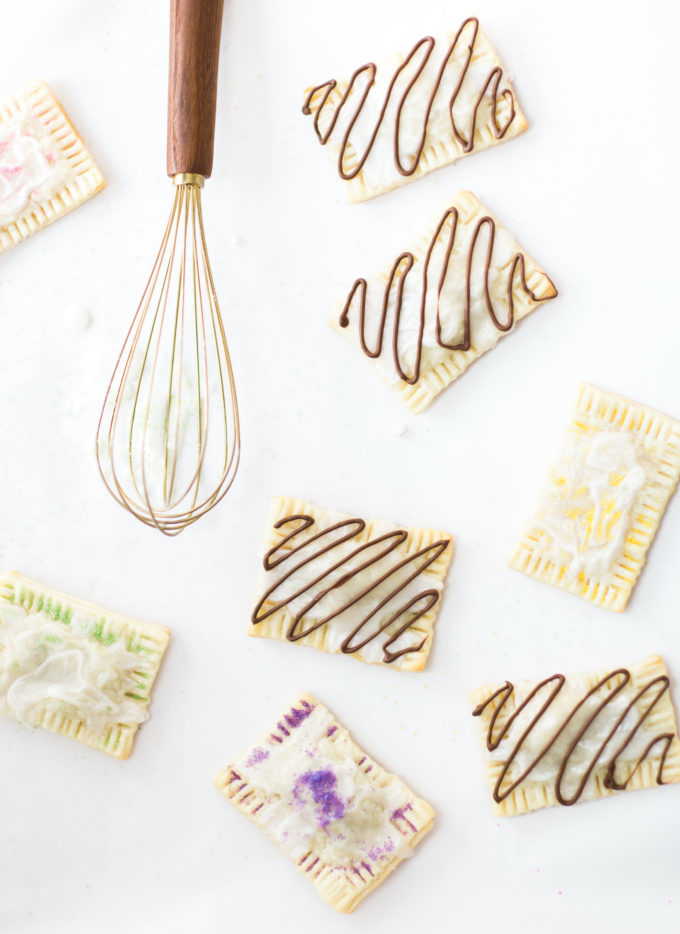 And the best part in my book about these 3-ingredient homemade pop-tarts? They can be made vegan, because most store bought pie crust has no dairy in it! (We use Pillsbury Refrigerated Pie Crust.)

I made two different milk-free, vegan versions of these homemade pop-tarts for Scarlett and she was SO excited. Her vegan versions had either jam inside or Dairy-Free Chocolate Chips* and marshmallow fluff; a.k.a., vegan s'mores pop-tarts. Both were then topped with a modified version of the frosting that's super simple to make; we just substituted almond milk.

(Scarlett is allergic to milk protein, so we're always experimenting with vegan and dairy-free recipes, in case you want to check them out!)

*We use Enjoy Life chocolate chunks and chips; they're gluten-free, dairy-free, nut-free, and soy-free, and totally delicious. They also bake incredibly well. Even Target carries them! Obviously, you can use regular semi-sweet chocolate here instead if you don't need to keep the recipe vegan or dairy-free. 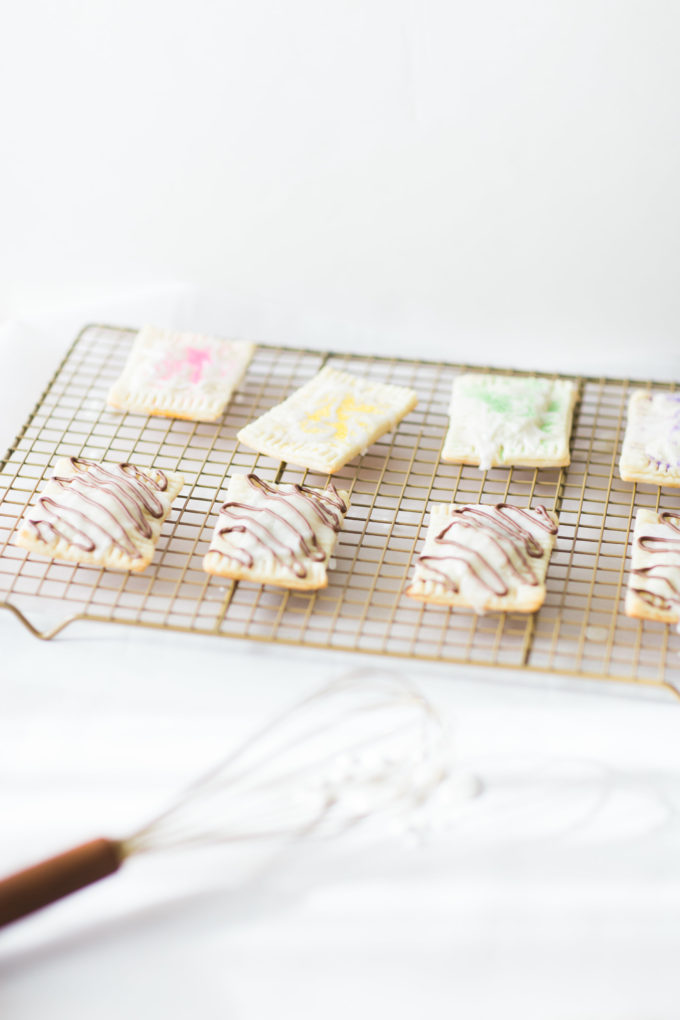 Now let's talk about how to make these awesome 3-ingredient homemade pop-tarts ...

In the meantime, mix a half a cup of confectioners sugar with a tablespoon of milk. (Consistency is key here; if your icing is runny, add a bit more sugar and if it's too thick, add a bit more milk. You want it spreadable/pourable.)

Spread or pour a bit of icing on top of each pop-tart (now on the wire rack) and top with sprinkles or drizzle with Nutella.

The post How to Make 3-Ingredient Homemade Pop-Tarts appeared first on Glitter, Inc..