Popular method of cooking rice may be poisoning you 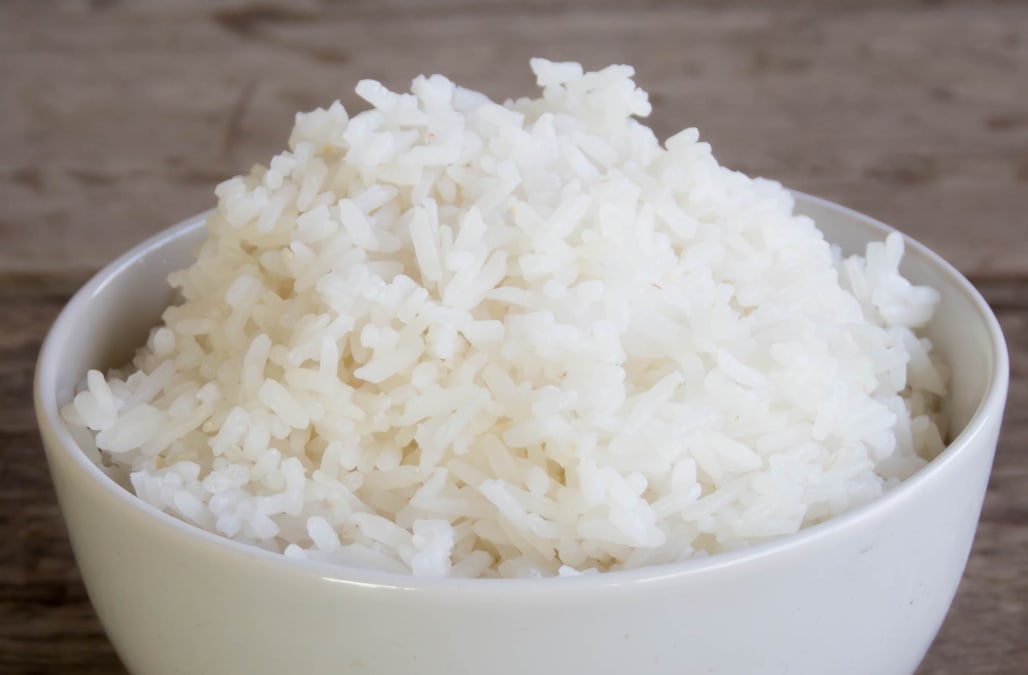 Rice lovers of the world, we have some terrible news for you.

A study conducted by scientists from Queen's University Belfast found that boiling rice can expose those who eat it to unsafe amounts of arsenic -- yes, that arsenic.

The deadly toxin has been shown to occur in the grain as a result of industrial pesticides used in the growing process.

Although there have been laws present since 2014 to protect the public from high levels of poison in rice, Professor Andy Meharg believes that more needs to be done to protect those who eat large amounts of rice from toxic substances.

Professor Meharg teamed up with the BBC program 'Trust Me, I'm a Doctor' to share some useful tips on cooking rice that can reduce the level of poison present at the time of consumption.

Related: Foods you should never order on a cruise

Foods you should never order on a cruise

Stick to bottled water, especially when you get to the ports. Avoid tap water, because of pathogens, when you can.

If hot foods aren't cooked and maintained at 140 degrees, harmful bacteria might not be eliminated.

Condiments and heavy sauces are usually left sitting out for long periods of time, making it easier for bacteria to grow.

Even if it's cooked, eating seafood on cruises is risky because of its quick expiration dates and storage requirements. You might be better off ordering seafood at the local ports because of its freshness -- but use your judgement.

Sushi is usually not stored safely. Raw foods should be stored at at least 40 degrees, but if it's been sitting out all day, you might want to avoid it.

Unfortunately, one of the most popular styles of rice preparation -- boiling rice in water until the water is totally absorbed into the rice -- causes rice to retain nearly all of its original arsenic.

Instead, Meharg recommends the following process:

Maybe it takes a little more time, but for the sake of reducing our arsenic intake, it seems like it's worth the effort.

Every year 48 million Americans, or roughly one in six people, get sick from foodborne illnesses, and about 3,000 cases each year are deadly. Find out which common foods carry the highest risk of food poisoning.

Between 1998 and 2010 in the United States, the Center for Science in the Public Interest (CSPI) reports that chicken accounted for 452 outbreaks that sickened 6,896 consumers, more than to any other meat or poultry product. Most outbreaks are caused by bacteria Clostridium perfringens, found in poorly prepared food or food left to stand too long, and bacteria Salmonella, which often contaminates poultry during slaughter and processing.

Ground beef carries a very high risk of foodborne illness because contamination with antibiotic-susceptible and resistant strains of E. coli and Salmonella can occur, leading to hospitalization, severe symptoms with long-term health effects or death.

Most illnesses from egg consumption are due to Salmonella, sickening more than 11,000 people from 1990 to 2006. Federal regulations in the 1970s have reduced transmission of Salmonella from external fecal contamination of the shells, but today's most common type, Salmonella enteritidis, infects the ovaries of healthy hens and is transmitted to the egg even before the shell is formed. Eating your eggs raw or runny can increase your risk of illness.

Scombroid is the leading cause of illness for tuna dishes and occurs when improperly stored fresh fish start to decay and release natural toxins. The SCPI's Outbreak Alert! database shows that more than 2,300 people have reported cases of scombroid poisoning, which can cause symptoms like abdominal cramps, nausea and diarrhea.

Most cases of illness with oysters occurred in restaurants and are attributed to Norovirus and bacteria Vibrio. While other foods can become contaminated with Norovirus from improper handling, oysters can pick up the bacteria from the waters they are harvested from, making them risky to serve raw or undercooked.

The CSPI reports that pork (other than ham, sausage and barbecue) sickened more than 2,000 people from 1998 to 2010, and most pork illnesses were linked to Salmonella. Interestingly, more outbreaks occured at consumers' homes than in restaurants (40 percent compared to 24 percent of outbreaks).

From 1998 to 2010, there have been 130 turkey-related foodborne outbreaks that have caused 4,349 documented illnesses (second only to chicken among meat and poultry products) most commonly attributed to Clostridium perfringens. The CSPI explains that the spike of outbreaks in the months of November and December are due to improper handling of turkey holiday meals that are left out at room temperature for too long.

Outbreaks with potato occur in potato salads and other potato dishes, and more than 30 percent of potato-related outbreaks are linked to Salmonella. Since these dishes contain many ingredients, the causes of contamination can occur from any of the raw ingredients or from improper handling of a raw meat or poultry ingredient.

Other Beef Products (Not Steak, Ground or Roast)

Other beef products, such as beef jerky, beef stroganoff and chipped beef, are responsible for 99 outbreaks and at least 2,414 illnesses from 1998 to 2010 according to the CSPI. Improper handling after cooking may explain most cases of illness.

The barbecue cooking method is unique in that it cooks with low, indirect heat and requires after-cooking handling. The CSPI's study of meat-related foodborne illness deems it "medium risk" for causing nearly 2,500 people to get sick from 1998 to 2010, often from pathogens such as Staphylococcus aureus and Clostridium perfringens that may be signs of improper handling. In addition, nearly 40 percent of these outbreaks occurred in a restaurant.

Traditional roast beef, brisket or pot roast involve oven-roasting thick cuts of meat in a shallow pan, boiling on a stovetop or cooking on a closed grill. According to CSPI, 2,470 people got sick from eating roast beef from 1998 to 2010, and more than half were sickened by Clostridiium perfringens, a sign that the meat stood at room temperature for too long before being served.

Cheese can become contaminated with pathogens during production, and most cases of illness were due to Salmonella. Nowadays, cheese is made with pasteurized milk which lowers the risk of illness; however, unlicensed manufacturers may still use unpasteurized milk, so consumers should be wary, especially for Latin American-style cheeses like queso fresco and queso oaxaca.

The popular cooking method for steaks is searing, when the meat's surface is cooked at high heat over a short period of time. Only the pathogens on the surface are killed, which might explain the 82 foodborne outbreaks that have caused nearly 2,000 illnesses form 1998 to 2010. More than half of these illnesses were linked to E. coli infections.

In an analysis of a decade of foodborne outbreak data in the U.S., a Centers for Disease Control and Prevention (CDC) study found that leafy vegetables account for the most illnesses, surprisingly outnumbering animal food categories like beef and poultry. The pathogen Norovirus, which can contaminate food when it is handled by a sick person, causes 46 percent of those illnesses.

The largest ice cream-related outbreak occurred in 1994, when an ice cream manufacturer used the same truck to haul unpasteurized liquid eggs and pasteurized ice cream premix. The Salmonella-contamined premix was used in ice cream products that sickened thousands of people across 41 states. Another major source of food poisoning is homemade ice cream due to the use of undercooked eggs.

7 essential hair products for men to have at home