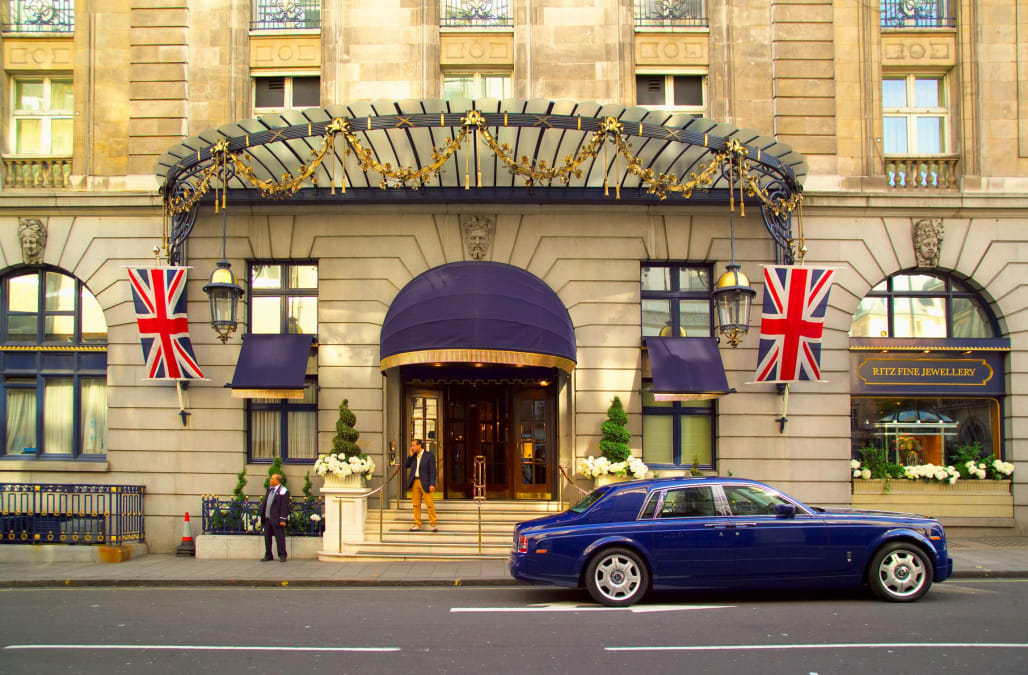 Travelers heading to London are likely in the market for a healthy dose of history—and from the Tower Bridge to Kensington Palace, there's no shortage of it. But the history lesson doesn't have to end with after a walking tour. Many of London's oldest—and most esteemed—hotels offer their own type of history lesson. With several dating back to the early 1800s, these famed lodgings have withstood wars and played host to some of the world's most famous guests, including the royals. We've rounded up five such London hotels that are as elegant as they are iconic.

5 iconic London hotels that Queen Elizabeth, Cary Grant, Audrey Hepburn have visited
Claridge’s
This legendary establishment dates from 1856. The hotel has evolved greatly over its 150-year history: Claridge’s was renovated in the Art Deco style in the 1920s and became the go-to haunt for the flapper set; it served as a place of refuge for kings during World War II; and it became a Hollywood sanctuary in the 1950s, when it welcomed such famed guests as Cary Grant, Katharine Hepburn, Audrey Hepburn, and Yul Brynner.
The Dorchester
The Dorchester retains its original 1930s opulence that first drew royals and dignitaries to the hotel when it opened. Queen Elizabeth II attended a dinner party here the day before her engagement was announced on July 10, 1947; General Eisenhower set up headquarters in the hotel during World War II; and Foyles Literary Luncheons have been staged here since the 1930s. More recently, the hotel has beckoned such guests as Nelson Mandela, Karl Lagerfeld, Woody Allen, and Barbra Streisand.
Brown’s Hotel
Believed to be modern London’s very first hotel, Brown’s opened in 1837. Guests have included presidents, prime ministers, writers, and inventors like Alexander Graham Bell, who made the first-ever telephone call from Brown’s in 1876. Hotel regular Agatha Christie drew inspiration from Brown’s when writing her 1965 thriller, At Bertram’s Hotel.
The Connaught
The first iteration of the Connaught dates from 1815, when it comprised two houses owned by the Duke of Westminster. In the two centuries since, the hotel—and its famed restaurants—has evolved to better accommodate its esteemed guests, which have included French president General Charles de Gaulle, Ralph Lauren, and the Queen Mother.
The Ritz
Opened in 1906, the Ritz became known for its refined French château–style architecture and Louis XVI furnishings. The hotel’s many famous guests and visitors include King Alfonso of Spain, Charlie Chaplin, and Andy Warhol. Noël Coward is said to have written songs at the Ritz, and Tallulah Bankhead famously sipped Champagne from her slipper during a press conference here in the 1950s.
Up Next