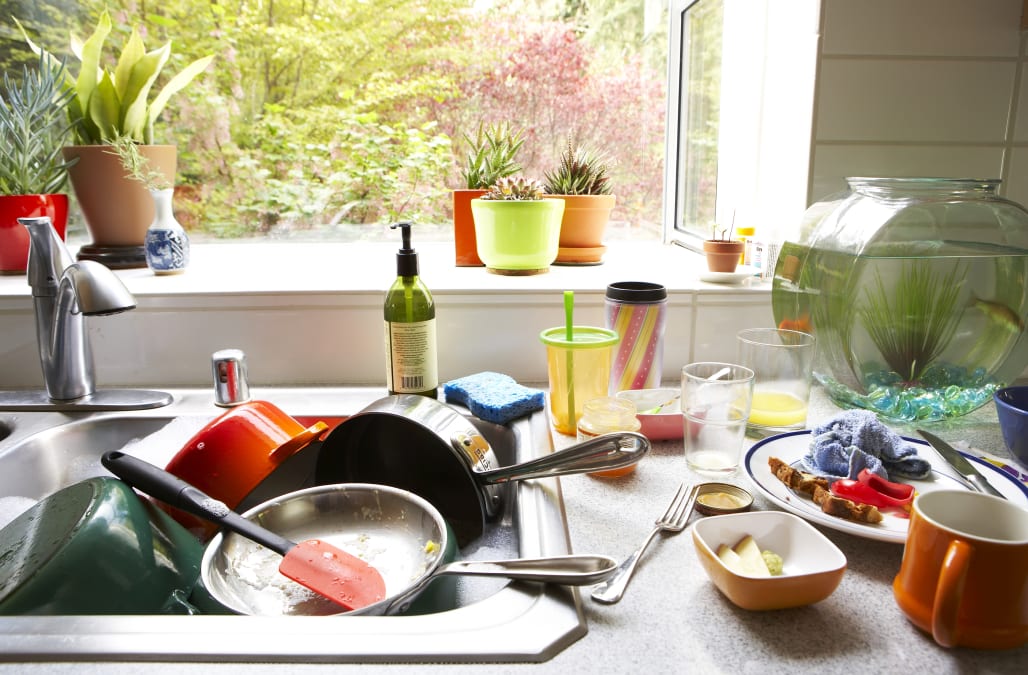 Cleaning up is no one's idea of a good time, so why not take a few shortcuts, right?

According to plumbing experts, one shortcut you shouldn't take involves your sink's garbage disposal -- especially with these common items:

Keep these foods out of the garbage disposal

After frying up a great dinner, your first impulse may be to pour the used oil down the sink. According to plumbing experts interviewed by Daily Mail, you may be contributing to a fatberg! Oil can re-solidify once it hits your pipes, creating a thick coating and causing water to drain more slowly.

If oil gets down to the sewer level, it congeals into a solid mass, called a fatberg.

Starchy foods, like rice, pasta and potato peels, turn into a gooey mess inside your disposal.

Eggshells do not break down easily, and over time can create a blockage.

As if we need an excuse to go to Starbucks, the grounds from your daily caffeine fix is another substance that is known to block up sinks.


Celery and asparagus, or any food with a stringy, fibrous texture, is very difficult for the disposal to break down.

Seeds and nuts are too hard to be ground up by your sink’s disposal unit.

If you aren't putting these items down the sink, then they'll just have to go in the waste bin.