The crazy way restaurants come up with calorie counts 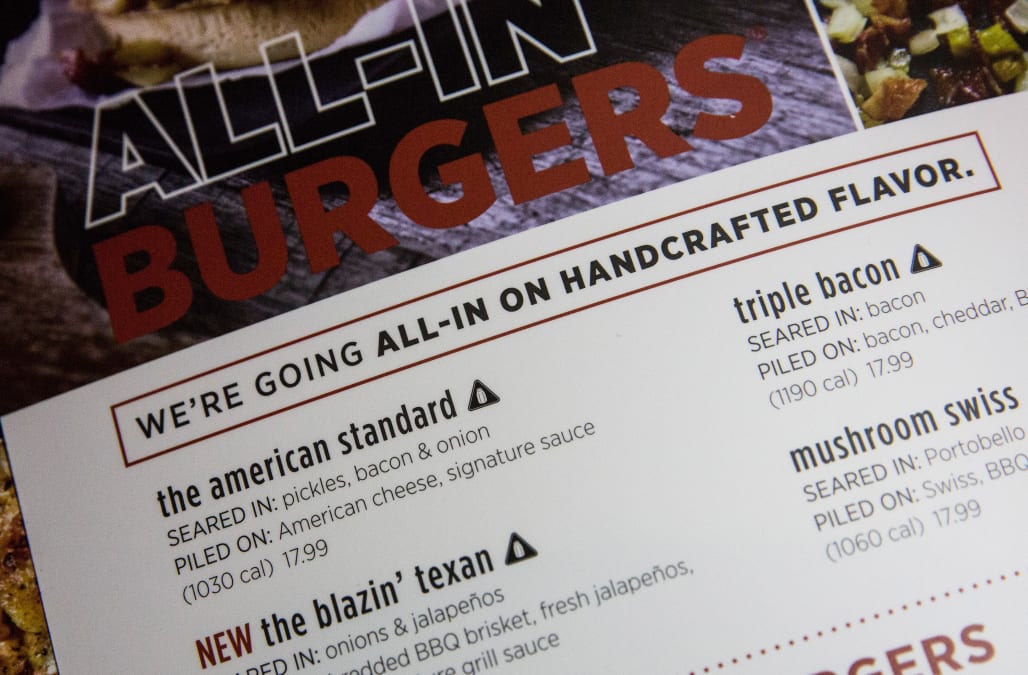 Restaurants and supermarket chains are rushing to post calorie counts on their menus by spring thanks to a requirement from the Food and Drug Administration.

That poses a lot of questions.

Will free bread baskets be counted?

What about fast-food salads with endless toppings like fried or grilled chicken, croutons and tons of dressing options?

According to the FDA, giving consumers a range of calories is OK; except that range can seem monumental; from 400 to 1,200 calories in some cases.

The Associated Press found out answers to specific questions through a public records request.

First off, how should calorie counts be determined?

The FDA says through lab analysis, databases, cookbooks, recipes or from manufacturers.

Dinner rolls or the chips and salsa placed on the table for free are exempt, because in general, restaurants don't have to cite items that aren't listed on menus.

What about grocery stores with hot food bars where people serve themselves?

The FDA says the *ladles can be considered a serving size.

The federal regulation affects eateries with 20 or more locations, as well as supermarkets and even vending machines!

Perhaps the bigger question is, are you really going to change what you order?

Calorie Count
TORONTO, ON - MAY 13: Toronto, Canada - May 13 - Timothy Broughton, the co-owner of C'est What, with one of his calorie count menus and a Buffalo burger. Toronto Public Health launched a pilot project in 2013 to put calorie counts on menus. Turns out only four of 22 restaurants involved in the project made it to the end and it cost the owners plenty of business. With the provincial government moving towards requiring restaurants put calorie counts on menus, this is a story about why one ambitious attempt at doing so failed. (Richard Lautens/Toronto Star via Getty Images)
New York requires all chains restaurants like Taco Bell to post the calorie count of their foods on menu boards. The menu at a Taco Bell in Flushing, New York. (Photo by Carolyn Cole/Los Angeles Times via Getty Images)
Up Next