A trick to make any pancakes fluffier 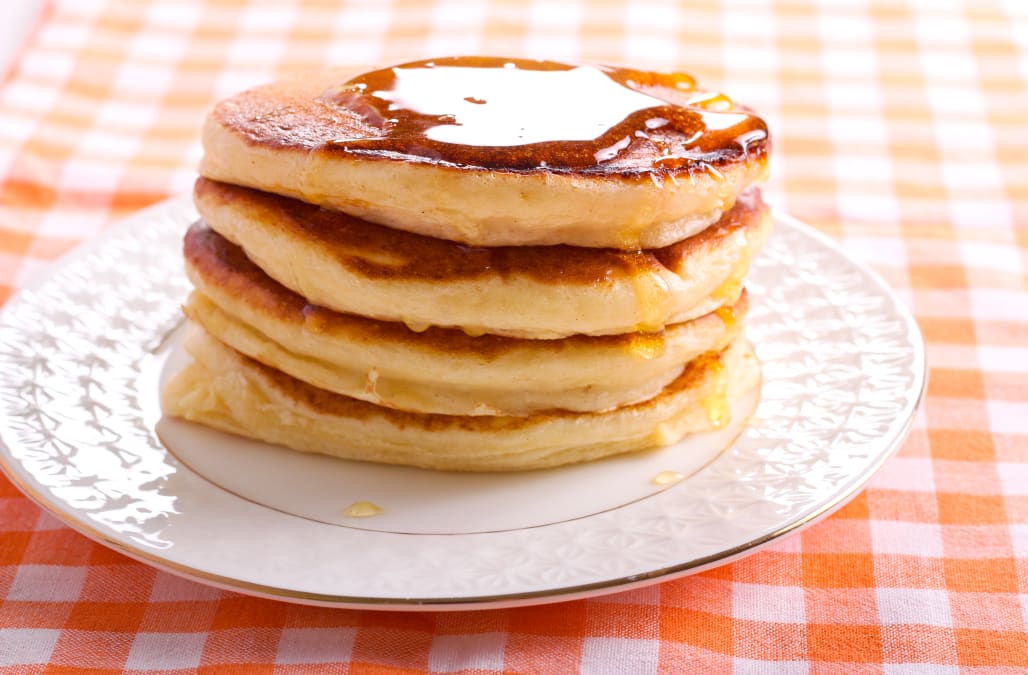 Say it with me: Flat flapjacks are no fun. (Also, on a similar note, try saying this five times fast. Hello, tongue twister!) And since we all agree we want our pancakes with a little bit of, shall we say, fluff, why not make them this way? 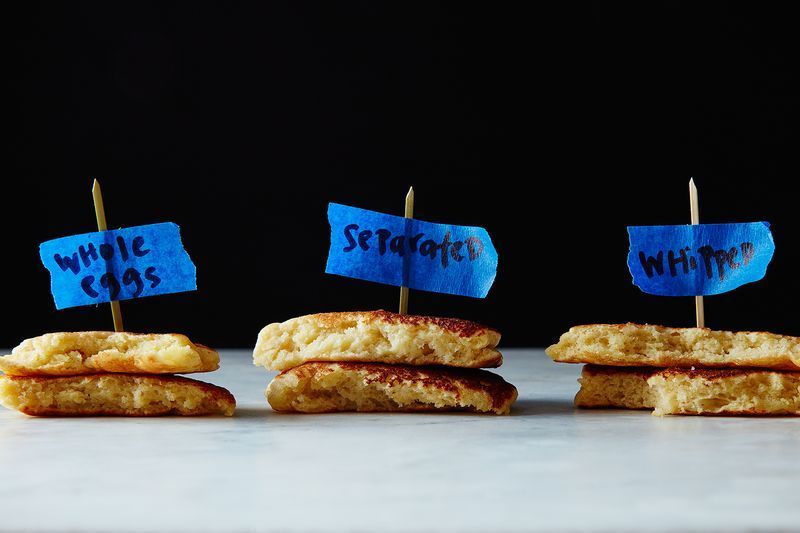 See those ones in the middle? That's what we want! Photo by James Ransom

You can! There is a trick for fluffier pancakes and it comes from The Kitchn's Lofty Buttermilk Pancakes by way of Genius Recipes.

In the recipe, the eggs are separated, the yolks combined with a buttermilk mixture, and the whites stirred in at end—just until a thick batter forms. This last addition of the egg whites gives the 'cakes noticeable puff and bounce. As Kristen Miglore explains in the pancakes' post:

To understand what that relaxed egg white was up to, I turned next to Rose Levy Beranbaum, the author of the Baking Bible, and many more cake and pie bibles. "Adding the white at the end gives more support—this is a technique used in soufflés—adding a little of the white unwhipped at the end so that the soufflé doesn't deflate as quickly," she wrote back. "Whipping egg whites to soft or stiff peaks adds more air but also as the egg white cells enlarge, the membrane gets thinner and thinner and is more fragile." 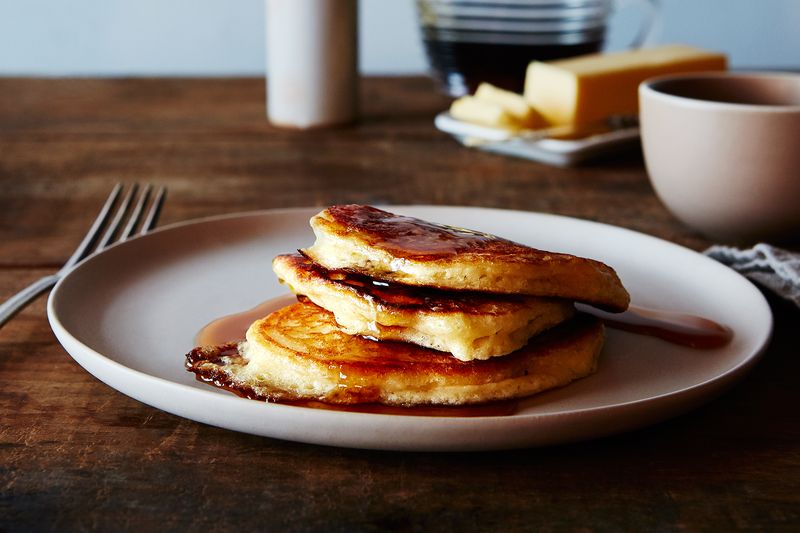 And while The Kitchn's recipe is terrific (and the buttermilk it calls for does help produce a super fluffy, flavorsome pancake), you can apply the egg white trick to any pancake recipe that uses eggs. Just separate your eggs, whisk the dry ingredients, add the egg yolks to the wet ingredients, combine the wet and dry together, then add the egg whites, and let it hang out for 5 minutes or so while you heat your skillet.

Say it with me: Fluffy flapjacks are fun.

Here are some recipes to start with: 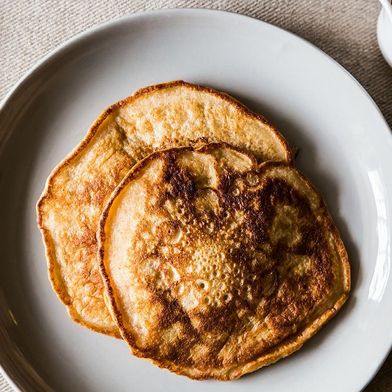 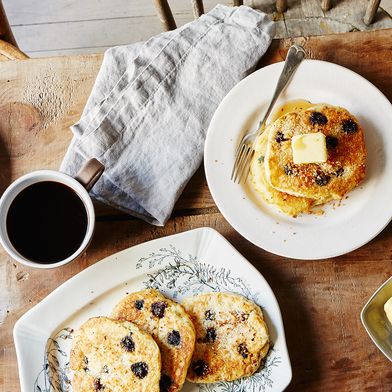 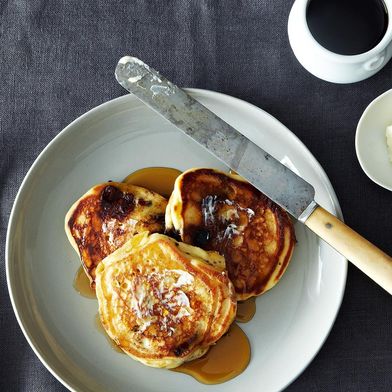 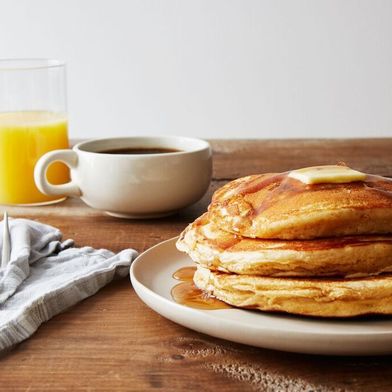 Tell us: Do you have a trick for fluffy pancakes?

More from Food52:
Why We Talk About Home and Design on Food52
Together We Sent Cookies Around the World and Raised over $10,000
My New Genius, 5-Ingredient Dinner to Make By Heart (Now Tell Me Yours)

Snag the Google Home Mini speaker for less than $30