China opens a floating walkway twice as long as Manhattan 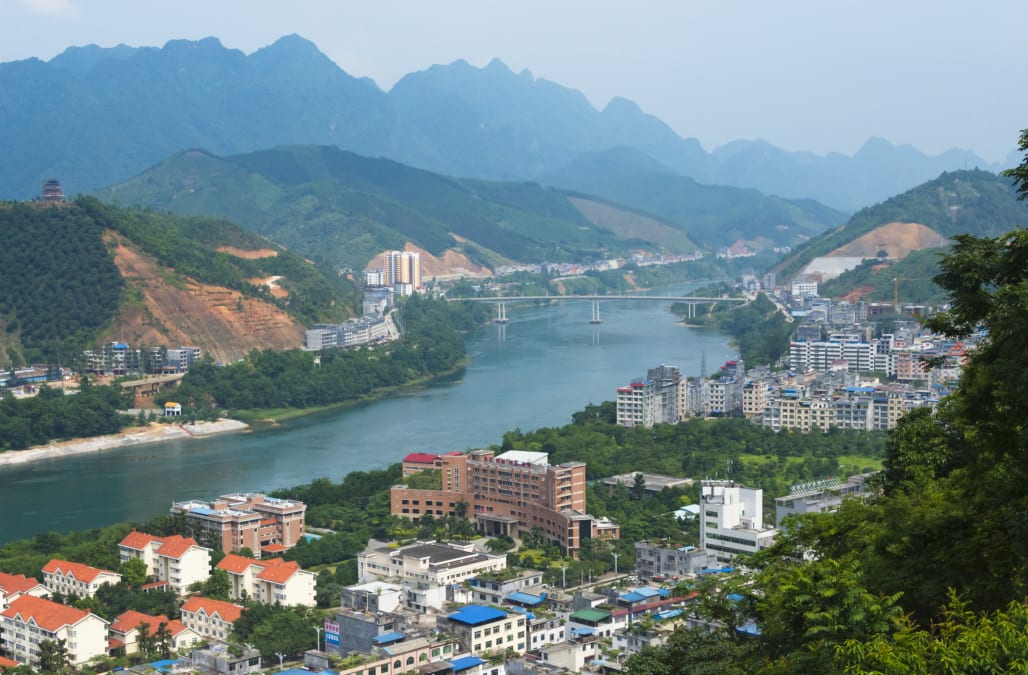 Imagine a floating walkway so long that it's twice the size of the famous island of Manhattan! Well, China has recently made such a feat a reality.

China opened a massive floating walkway that floats atop the Hongshui River in the Luodian County of southwest China. The walkway stretches approximately 31 miles long and covers an area of 54,000 square meters.

It just opened on New Year's day, but more than 60,000 tourists have already visited.

During the day, visitors can enjoy performances and partake in different activities. At night, thousands of lights and lamps decorate the walkway to create an amazing light show.

This floating walkway is definitely a spot to add to your 2017 bucket-list, but don't forget to pack walking shoes!

Scroll through to see some of the world's wildest bridges:

15 PHOTOS
Would you walk across these bridges?
See Gallery

Would you walk across these bridges?

Workers install a piece of glass on a suspension bridge, approximately 300 metres above ground at The Grand Canyon of Zhangjiajie on January 27, 2016 in Zhangjiajie, China. The glass-bottomed bridge is 430 metres in length and 6 metres in width, is expected to open in May this year.

A 300 m long hanging bridge crosses the mighty river Siang in the hills of Arunachal Pradesh.

Bamboo bridge at the beach at sunset.

The spectacular design of the Arenal Hanging Bridges bring you as close as you could ever hope to the birds, the flowers and the lush vegetation of the tropical rainforest.

Woman with backpack hiking in rainforest

A wooden suspension bridge hanging across a river in the highlands of central Vietnam.

Arenal Hanging Bridges were made with the intention of assessing the flora and fauna from a different perspective since you go through different levels of the forest. As you walk you will be able to appreciate the great natural diversity of the tropical rainforest.

More in lifestyle
Everything to eat, see, and do in Los Angeles
Parents use sneaky t-shirts to tell children about Disney trip
The Yukon's motto is 'Larger Than Life' — these are the pictures and places that prove it