Parents use sneaky t-shirts to tell children about Disney trip 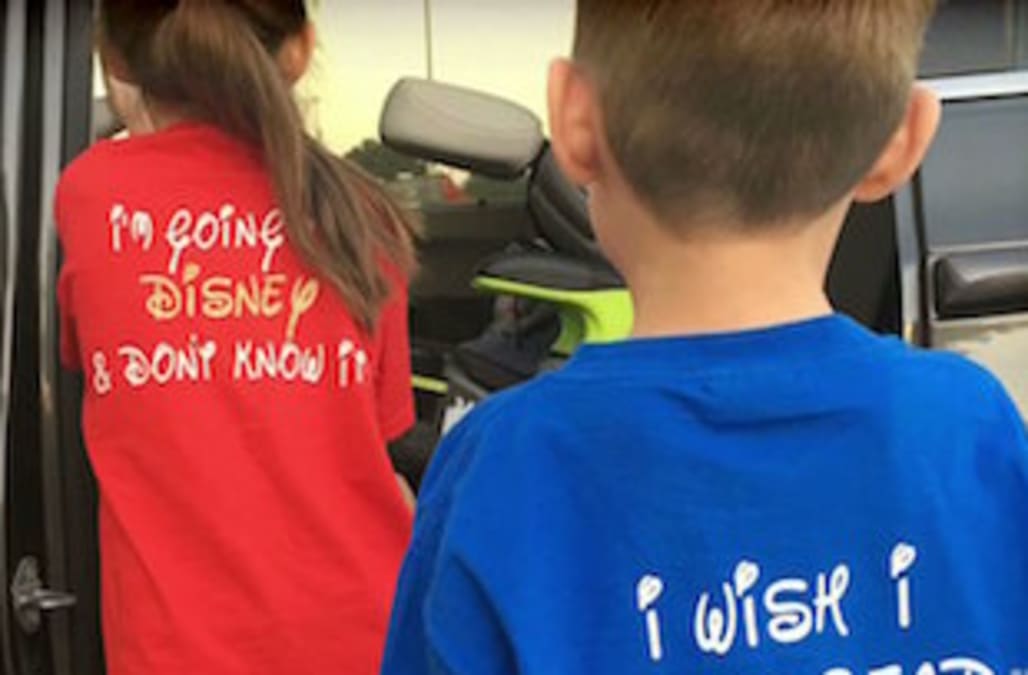 NEW ORLEANS (KCPQ) -- Monte Arabie found a unique and mischievous way to tell his children that they were going to Disney World.

Nine-year-old Lily Arabie can read, but her five-year-old brother Lane Arabie is still learning, a fact their father used to his advantage.

Monte had two t-shirts printed out for his parenting prank: one for Lily that said "I'm going to Disney & don't know it" on the back, and one for Lane that said "I wish I could read..."

Monte and his wife, Nikki Madere Arabie, told Lily and Lane that the family was going on a road trip to visit friends in North Carolina.

The Arabies piled into the van and headed east from their home in Albany, Louisiana, only they turned south into Florida instead of north up into North Carolina.

On the second day of driving, Monte and Nikki handed each child a t-shirt, making sure Lily didn't see the back of hers before she put it on.

The kids were none the wiser.

As they approached Disney, Monte showed Lily a picture of the shirt she had been wearing all day.

Both children were overwhelmed when they learned the secret that had been hiding in plain sight all along.

They were super excited," Monte told WGNO. "They thank us about five times a day now."

Monte said the biggest advantage to the prank was not having to answer the question "when are we going to Disney?" every day leading up to the trip.

"The surprise was so much better," he added.