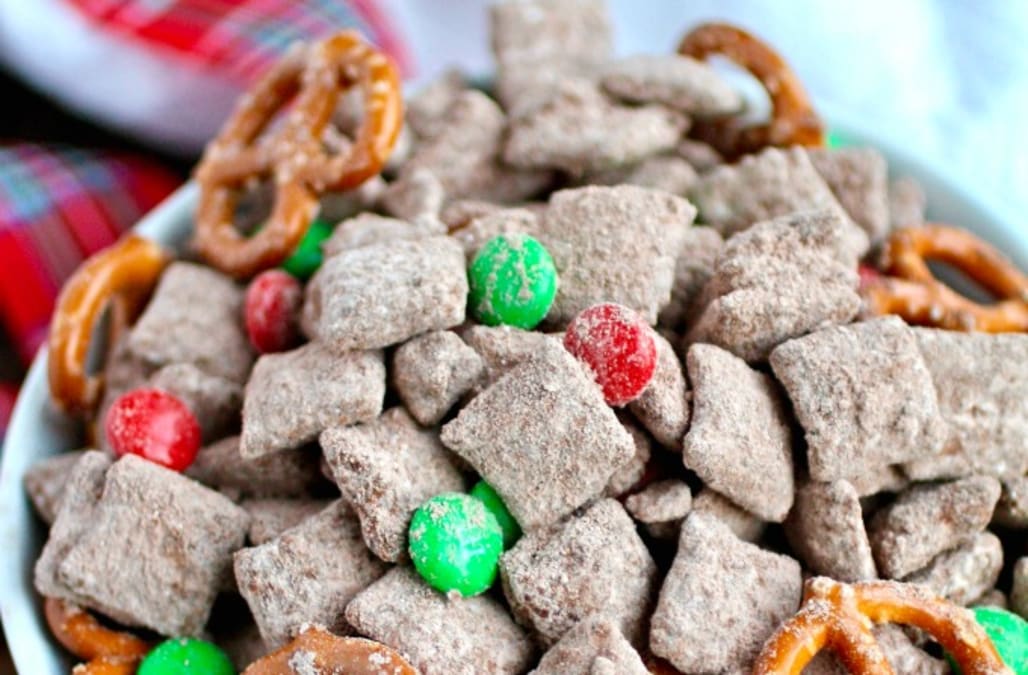 Have you had Puppy Chow or Muddy Buddies? It's made with cereal like Chex™ squares that gets covered in a mixture of melted chocolate, peanut butter, and butter, and then coated in powdered sugar. Apparently, in the Midwest where I'm originally from (and my husband and nephew, too), this snack is known as Puppy Chow. Elsewhere, Muddy Buddies. Who knew!

Whatever you call it, it's a fun and fabulous treat that's perfect for holiday get togethers, parties, and potlucks. Everyone loves it – with good reason, right?

This wasn't the type of thing we made in my house when I was growing up, so I'm a little late to the Puppy Chow party. I thought it would be fun to add in a few different flavors – cocoa powder and cinnamon – and give it a holiday theme. 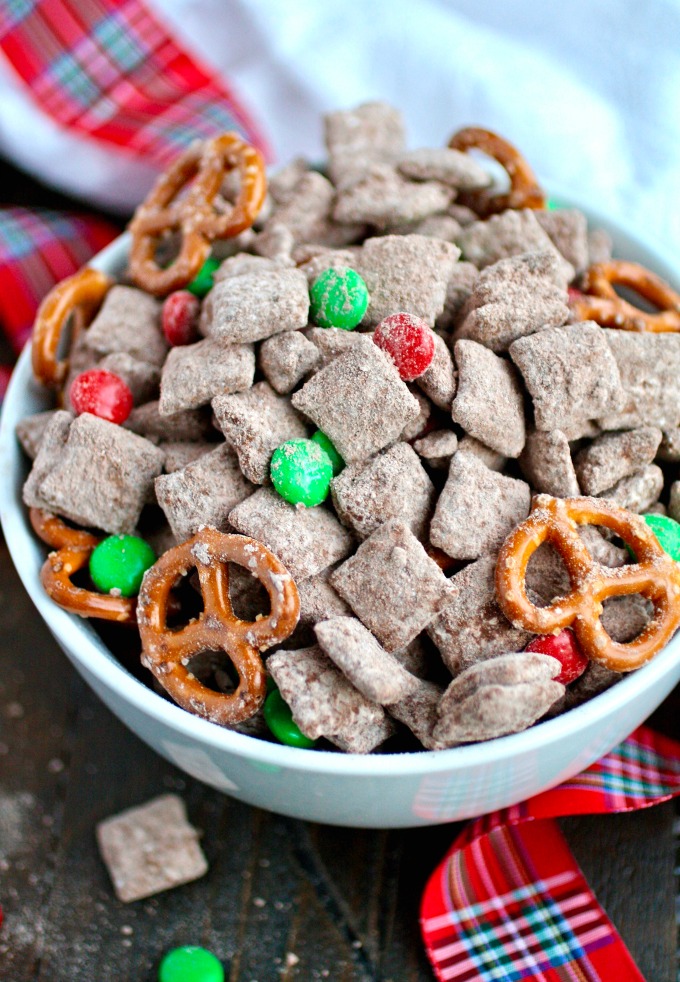