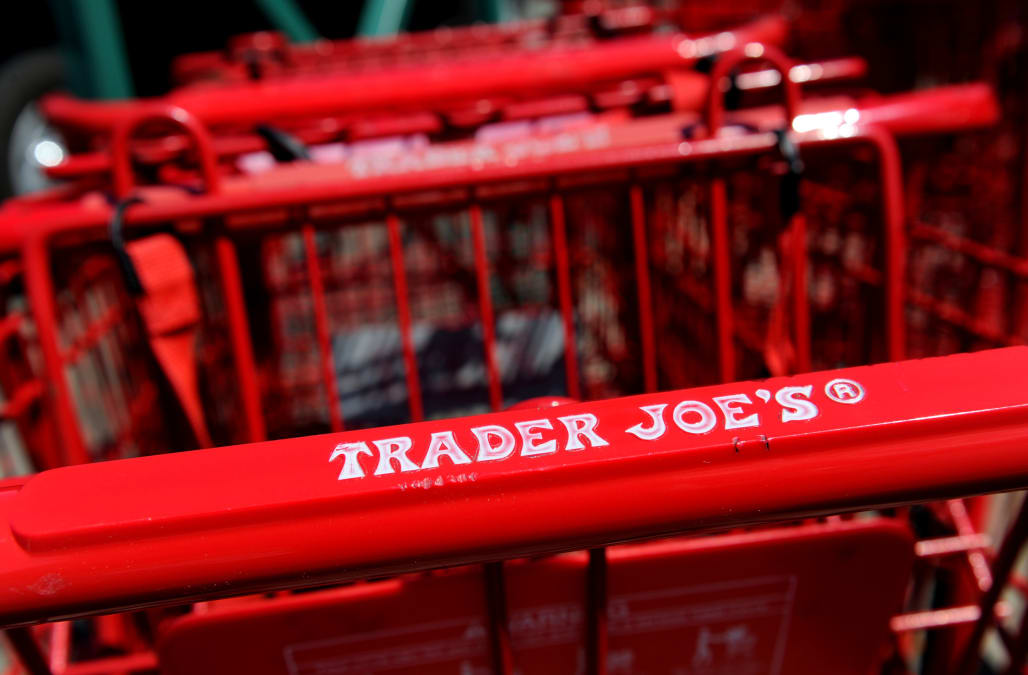 It's no secret that Trader Joe's is the bomb-dot-com. (I mean, have you tried their cookie butter? Heaven. On. Earth.) But you probably don't realize just how amazing the chain really is. A former employee who worked for the ~~product paradise~~ grocery store for a year dished to Popsugar about the inner-workings of the store. Spoiler alert: There's no hidden dirt—just more reasons to love it there. Here are seven little-known secrets about Trader Joe's.

Trader Joe's Secrets
For starters, the pay is pretty legit.

The employee that spoke to Popsugar started out making $12 an hour at Trader Joe's, well above the state's minimum wage. After three months of working at least 30 hours a week, employees get health insurance and a 401k—and you can expect a raise at least once or twice a year.

They donate a lot of food.

Basically anything you wouldn't be excited about buying, but is still perfectly good to eat, according to Popsugar. "They donate flowers, produce—everything—to local organizations," the employee told Popsugar.

The secret to their amazing customer service? Overstaffing.

"They totally overstaff so that you don't feel like your stocking duties or your register duties trump interacting with customers—they encourage you to be nice to customers," the employee told Popsugar.

To create all that chalkboard signage you see throughout the store. "Literally all of the signage around the store is custom-made by two or three artists who hang out in the back and almost exclusively do that, and register work every once in a while," the employee told Popsugar.

There's also a person in charge of cooking all the new products.

"Each Trader Joe's has a break room, and they have one person who's in charge of cooking new stuff that the store gets and making it available for the entire staff who comes through the store that day to try it," the employee told Popsugar. "They want you to try all the products so you can have an opinion so that when you recommend stuff to people, it's not baseless."

The bell-ringing is actually a secret code.

One bell? That means the lines are getting too long and everyone needs to get to their register. Two bells means an employee needs to come over and help with something. "For example, let's say the bag of spinach you bought is partially opened or looks bad; you ring two bells and an employee will come over and grab a new one for you," the employee told Popsugar. And three bells is code for send a manager.

You can return anything. Seriously.

Talk about a game-changer. According to Popsugar, you could buy anything, try it, and if you don't like it or there's something wrong, bring it back for a full refund. BRB, we're going to sample everything.

More from Glamour:
What's That Salad the Kardashians Are Always Eating on Their Show?
Ryan Reynolds Reveals He Fell in Love With Blake Lively While on a Double Date With Someone Else
34 Times Kate Middleton and Prince William Gave Us Major Relationship Goals
13 Celebrities Who Have Hot Siblings

Over 11,000 Amazon shoppers love these Levi jeans that are 40 percent off for Cyber M…

The Pixar Monopoly game is on sale for one day only