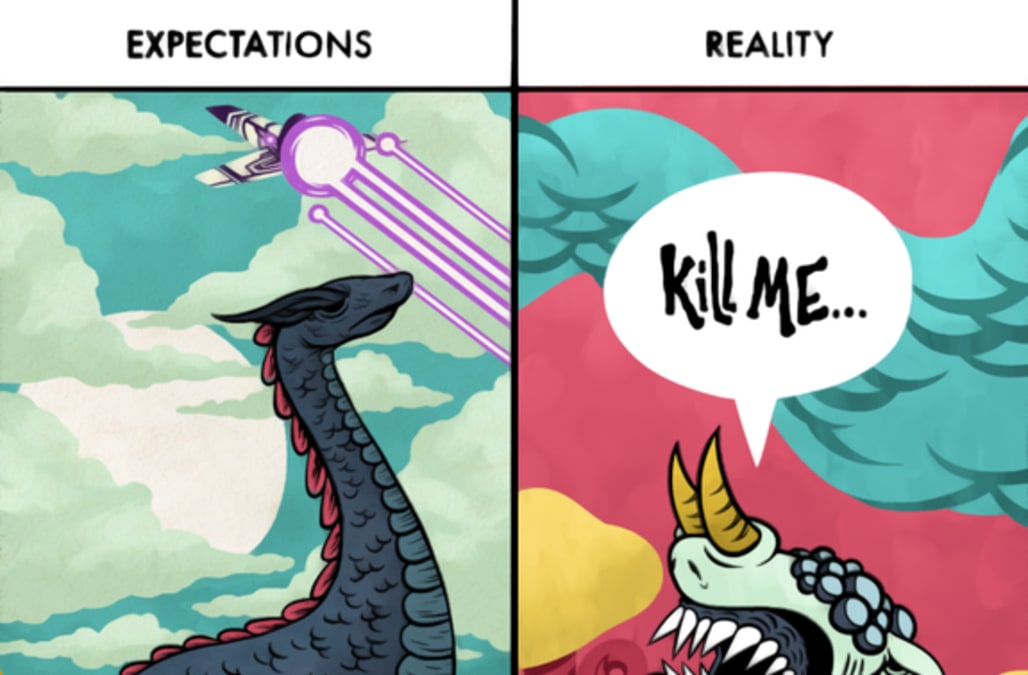 We all know the video game hype cycle: a game is announced, a fancy trailer drops, we pick apart every second of every video released in its marketing, then, finally, the game is released.

You download it, start to play and very suddenly realize that this game isn't what you quite expected it would be.

This cycle is nothing new; disappointment and the sharp sting of reality are feelings as old as time.

Take a look at some of the expectations we've had for recent popular games compared to the stark reality of what they actually were.

You'd think a VR game about Batman would be fun as heck. But really, the game boils down to a really cool bat cave tech demo and watching your friends and family die again and again.

No Man's Sky, the game that originally looked like it would be full of cool space dinosaurs and giant planet sized snakes. The final product, not so much. And while I love the weird looking creatures that awkwardly wander the landscapes, part of me still yearns for those majestic space dinosaurs from a bygone trailer.

I love Red Dead Redemption. It's one of the best games Rockstar has released. But after hearing about the sequel, I'm cautiously worried the online mode will feature tons of micro-transactions and DLC features that eventually show up way later down the line after I've lost interest in the online mode.

Mafia 3 — a good game, but one plagued by glitches in its launch that completely pull you out of that world.

Rocket League is the exception. Holy crap this game is amazing.