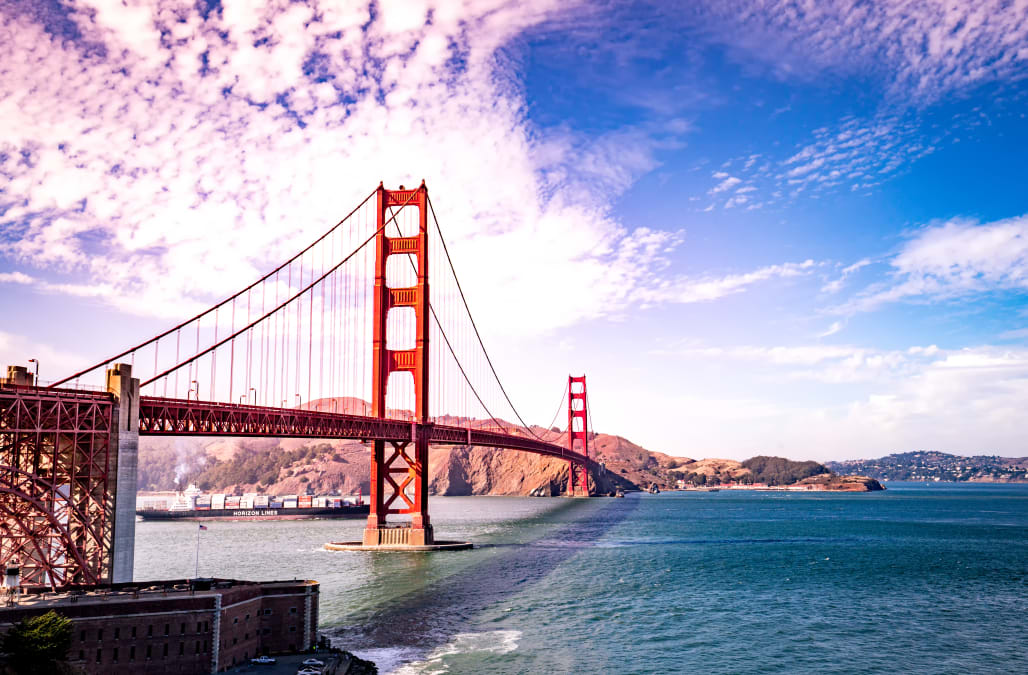 Even with a six-figure salary, it might not be a great idea to buy a house in San Francisco.

“Keeping their salary in mind, this can give people an idea whether it will always be difficult [to make housing payments with cost of living]. Prospective homeowners can look at other options [locations] and find a place to work that’s going to be more comfortable for their finances,” said Britny Lawhorn, assistant publisher of mortgages at Finder.

Inside one of the iconic 'Painted Lady' homes in San Francisco
Look familiar?

The Painted Ladies rocketed to fame in the 1990s after their cameo in the "Full House" intro, but they've been featured in dozens of commercials, TV shows, and movies.

When we arrived, two dozen tourists stood with cameras and phones outside the homes. Some climbed the hill in Alamo Square Park to capture the cityscape in the background.

The largest and oldest house on the block sits on the corner. It was built by architect Matthew Kavanaugh, who designed all the homes on "Postcard Row."
Kavanaugh made the 4,600-square-foot house his personal residence. More than a century later, married entrepreneurs Come Lague and Charlene Li call it home.

By comparison, the median-priced home in Alamo Square lists for $1.15 million. Houses in the area typically sell for 104% of the list price, according to real estate site Redfin.

It's unclear why Lague and Li got such a deal on the home. In 2014 the San Francisco Chronicle reported on the sale, "Maybe buying a piece of San Francisco history isn't that appealing if thousands of tourists are taking a picture of your front door every day."

After the sale, Lague and Li picked a new paint color — slate blue — for the exterior. Orange in honor of the San Francisco Giants was in the running, but they decided it wouldn't photograph well.
They gave the Queen Anne Victorian-style home a "long overdue" makeover, said Lague, who is founder and CEO of Zetta Research.
His partner, Li, whose consulting firm Altimeter Group was acquired in 2015, said they wanted to respect the home's history while also making it work for a modern family.
New appliances add a contemporary flair.
The family can control their internet-connected devices using the Amazon Echo.
The French doors open onto a small deck, which has room for a grill and plants.
A backyard is hard to come by in San Francisco.
The family took down a wall to create a more open-concept feel. A red, black, and white color scheme carries from the formal dining room to the parlor.
No room is so stuffy that you wouldn't feel comfortable putting your feet up on the couch, the couple said. There are two teenagers living there, after all.
A piano sits in the corner, overlooking Alamo Square Park. The curtains hang shut to help protect the family's privacy, though the sheer fabric still lets light in.

The Discovery WineStation by Dacor allows the couple, who own a vineyard in northern California, to tap several bottles and keep them fresh. It retails for over $8,000 from third-party sellers on Amazon.

The home has five bedrooms and four-and-a-half baths, though Business Insider only got a peek at the finished attic, which doubles as a guest room.

A wraparound couch and media center makes for a relaxing entertainment zone.

The bookshelves were lined with many children's books and travel guides to Hawaii.
The attic provides unobstructed views of downtown San Francisco.
Solar panels that the couple leases from solar provider Sunrun hang on the roof.

The panels generate enough power to run the home's electricity and heating and cooling systems.

In 2016, Lague said he expected the Sunrun system to shave at least 30% off their $300 monthly electric bill. Lague and Li are able to sell "leftover" energy back to the grid.

A Tesla Powerwall battery hangs in the garage. It charges using electricity generated from the solar panels and powers the home through the evening when the sun is gone.

Though the home has stunning interiors, this Painted Lady is best known for its exterior. Li said she's seen photos of her home pop up on buses, postcards, and in building lobbies.

Netflix rebooted "Full House" with a spinoff series titled "Fuller House" in 2016, which sparked new interest from tourists in the iconic home located on Alamo Square Park. It's been renewed for a fourth season.

Li said it's not uncommon for tourists to approach her when she arrives home from work. "To have people tell you your house is beautiful, every day," Li said, "it's an awesome feeling."

“One thing that we noticed is that California comes up as the most expensive. A lot of factors go into how expensive it is to live in a certain state, like state taxes,” said Lawhorn. Seattle also came up as one of the most expensive locations, with a recommended salary of $112,570 before buying a home (the median household income in Seattle was $102,586).

In Jackson, Miss. and Birmingham, Ala., homes typically cost less than $70,000 and cheap living expenses mean that residents need to make less than $49,000 to live comfortably and own a home.

“A lot of the affordable areas are in the Southeast. Alabama, Tennessee, Georgia, South Carolina — we’re seeing those areas. In Tennessee, we don’t have high taxes, so it’s cheaper to buy property,” said Lawhorn, who currently lives in Tennessee.

Other places that require salaries under $53,000 include Memphis, Tenn., Little Rock, Ark. Tulsa, Okla. and Augusta, Ga., although households in Memphis typically make less than that ($43,794), according to the most recent Census data.

“The pandemic is opening a lot of options for people because businesses are shifting to be more remote-work friendly,” said Lawhorn. “I can move to a cheaper area while still working where I want to work.”

U.S. home prices were up 11.1% year-over-year, selling for a median $350,000 in September, according to Realtor.com. But because low mortgage rates have increased purchasing power, homes are about 4.8% more attainable relative to income than they were last year, according to First American, a Santa Ana, California-based provider of title insurance, settlement services and risk solutions for real estate transactions.

“I thought it was really interesting to see the required salary in each area change compared to last year. It looks like affordability must have increased at least 10-15% in most cities, but what is driving a lot of that is the lowering interest rates,” said Lawhorn.

Rent prices are plummeting in these US cities