Coronavirus second wave looms: 'Hope for the best but prepare for the worst' 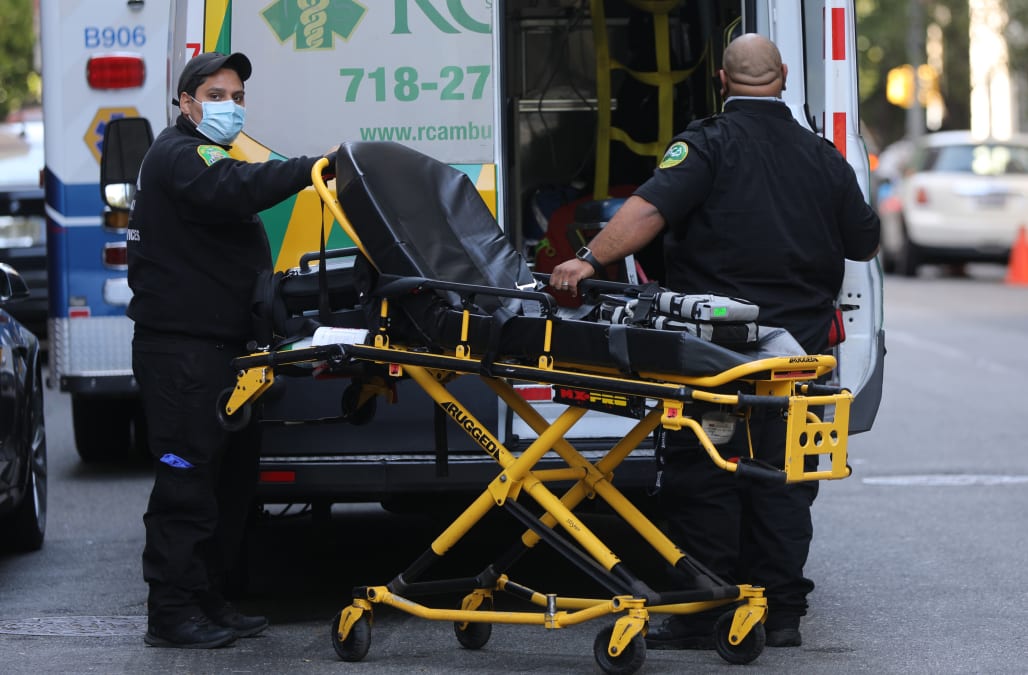 New coronavirus cases in the U.S. continue to climb with more than half of the states reporting a rise in recent days. The daily count for new COVID-19 cases totaled more than 52,000 on Tuesday, according to data from Johns Hopkins University, as COVID-19 hospitalizations reached the highest level in months. And the pandemic is expected to get much worse.

“We’re still in the early days for the second wave but the numbers are very concerning and definitely heading the wrong direction,” Dr. Thomas Tsai of the Harvard Global Health Institute, told Yahoo Finance. “It’s hard to tell where this wave is going to end up but it’s definitely continuing to grow… We should hope for the best but prepare for the worst.”

The magnitude of a second wave is what health officials are trying to gauge as we see a surge of cases in the Midwest and West.  Some estimates are for it to get much worse through the winter months, as colder weather makes it more likely people will congregate indoors, where the chance of transmission is much higher. According to the University of Washington’s Institute for Health Metrics and Evaluation, the death toll could climb to nearly 400,000 by February, that’s nearly double from the current total of 216,000.

“It’s about the risk of the airborne transmission. You’re at greater risk if you’re closer to an individual for a longer duration of contact, meaning within six feet for greater than 15 minutes, and those situations are more likely to happen as the weather gets colder and people are indoors more frequently,” said Tsai.

Thirteen states are now considered hotspots where stay-at-home orders become necessary again, according to the Brown School of Public Health COVID-19 Risk Level Dashboard. To be designated as a hotspot, there are more than 25 positive cases per 100,000 people. States currently with the highest number of cases per 100,000 people are North Dakota, South Dakota, Montana, Wisconsin, and Utah.

A second wave could strain the health care system

With U.S. hospitalizations reaching their highest level since August 28, according to data from The Covid Tracking Project, climbing 17% since the beginning of the month, government officials are expressing concern, warning of the stress it could put on state health care systems if residents don’t work together to slow the spread. Arkansas Governor Asa Hutchinson took to Twitter to urge residents to “work together to reduce our cases & hospitalizations” while Ohio Governor Mike DeWine tweeted “It's up to all of us to slow the spread.”

Although the sudden rise in hospitalizations is alarming, the U.S. health care system is much better equipped to handle a second wave, thanks to a better understanding of the virus, more personal protective equipment and progress on treatments.

“The situation that is playing out now in the Midwest is different than the situation we were seeing in New York and Boston back in March and April. We’ve learned a lot about the protocols for managing the critically ill patients with COVID-19 in terms of ventilator settings. There are some newer medications and treatment regimens that are available like Remdesivir and some of the steroid treatments as well, so we’ve made some progress in terms of our ability to treat COVID-19, and our ability to plan for surge capacity has also improved,” said Tsai.

Now that it’s mid-October, the next big worry on health officials’ minds is the holiday season. Of course the concern here is that larger family gatherings could potentially lead to bigger outbreaks, especially in parts of the country where there are higher levels of COVID-19 cases and community spread. Earlier this week the Centers for Disease Control and Prevention (CDC) issued guidelines for attending holiday celebrations, urging people to consider the location of the gathering, the duration of the gathering, and the number of people attending, as well as the behaviors of attendees prior to and at the gathering.

“We’re concerned about holidays coming up over the next few months,” said Tsai. “There’s an occasion for social gatherings indoors that could pose risks as well.”

More from Aol.com:
If voters’ top concern is health care, Biden will win
How the Supreme Court could reshape Obamacare after RBG's death
'Intergenerational conflict' is getting worse, Deutsche Bank analysts warn