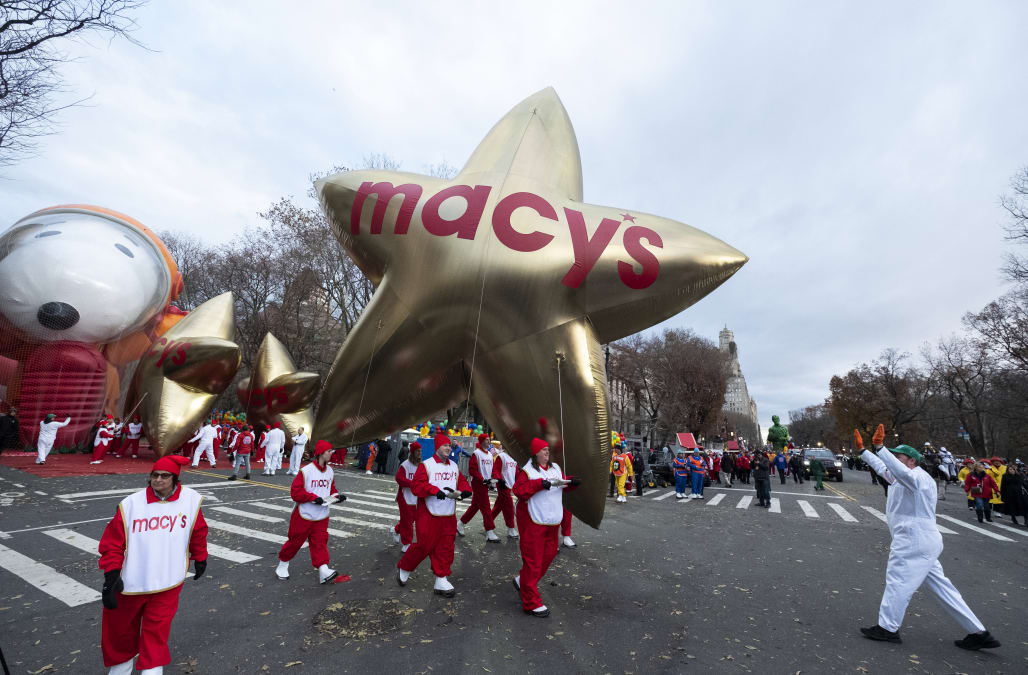 The spectacle will be broadcast as usual from 9 a.m. to noon Eastern time on NBC and will include both live and recorded elements, Macy's officials said.

"Under the unique challenges of these unparalleled times, we felt it was important to continue this cherished holiday tradition that has been the opening act to the holiday season for generations of families,” Susan Tercero, executive producer of the Macy’s Thanksgiving Day Parade, said in a prepared statement.

She added, “While it will certainly look different in execution, this year’s Macy’s Parade celebration will once again serve its historical purpose — to bring joy into the hearts of millions across the nation.”

The 2 1/2-mile Thanksgiving parade route will be axed in favor of a short stroll for the cameras, Macy’s spokesperson Orlando Veras said.

The giant cartoon-character balloons will be flown without the traditional 80 to 100 handlers each and will instead be tethered to specialized vehicles that have been tested and approved by the city police and transportation departments, Veras said.

Most of the parade's performers will be locally based to cut down on travel, Veras said. High school and college marching bands that had been invited to perform will be deferred to 2021. In accordance with coronavirus restrictions, all performers will be required to maintain social distancing and wear face masks.

“They are reinventing the event for this moment in history,” de Blasio said at his daily coronavirus briefing. “And you will be able to feel the spirit and the joy of that day on television, online.”

The Macy's parade has been a traditional holiday season kickoff for more than 90 years and usually attracts throngs of tourists and locals who line the parade route to gawk at inflated characters like Snoopy or Felix the cat.

This year's lineup of balloon characters and human performers will be announced later, Veras said.