Millions of Americans are about to be homeless. And it's totally preventable 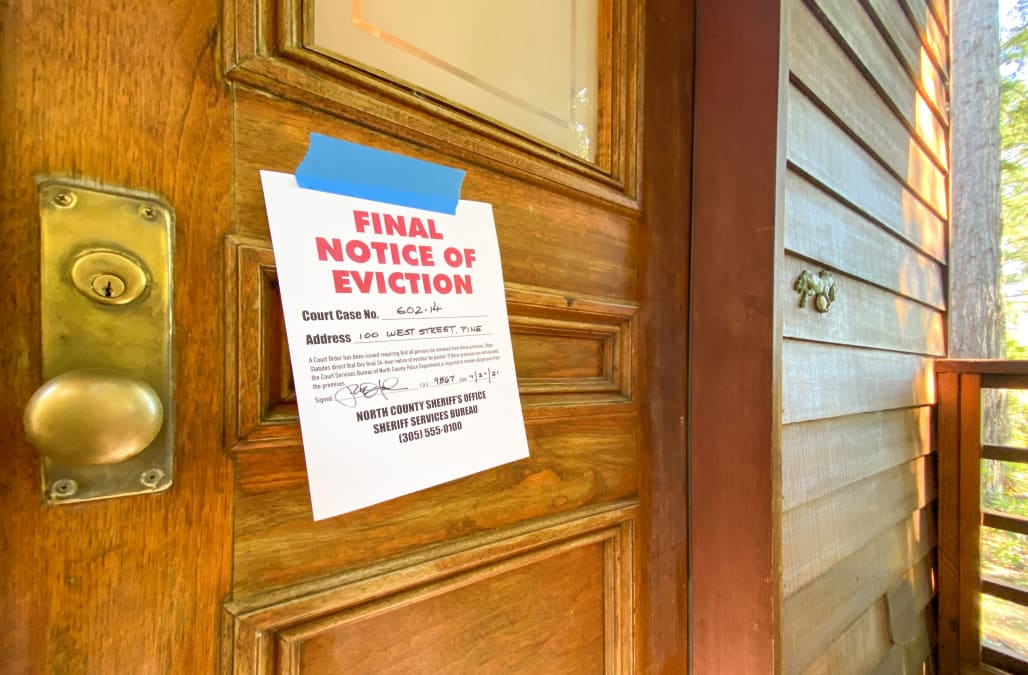 And on Saturday, rent is due for millions of Americans who won’t be able to pay.

If Congress doesn’t step in, these people could be evicted come September. And the worst part is that this looming crisis is completely avoidable. All lawmakers need to do is take quick and decisive action by extending the moratorium and additional unemployment benefits as the pandemic crisis continues. But that’s yet to happen.

On Monday, Senate Republicans unveiled a new COVID-19 relief package that did not include an eviction moratorium, in spite of urging from Democrats. While negotiations are ongoing, time is running out.

“We have the power to stop the coming avalanche of evictions during this pandemic that will hit Black, brown and poor communities the worst ― and we’ve already waited too long to act,” Sen. Elizabeth Warren (D-Mass.) told HuffPost on Tuesday evening.

Even before coronavirus hit, millions of families lived paycheck to paycheck, with more than 20 million struggling to pay rent. Now, with COVID-19 killing thousands and putting even more out of work, the effects on Americans’ abilities to pay rent have been devastating.

“It’s scary right now,” Laurin Scarpelli, an Arizona mother of two, told HuffPost. Scarpelli said she is unable to return to work because she doesn’t have child care and is at high risk for COVID-19 complications. “The safest place to be is at home. If you’re going to lose your home, what do you have?”

We have the power to stop the coming avalanche of evictions during this pandemic that will hit Black, brown and poor communities the worst.Sen. Elizabeth Warren (D-Mass.)

Just over 30% of U.S. households were not able to pay their July rent on time, according to a recent report from Apartment List. Of those, the majority were young and low-income renters in urban areas.

As many as 23 million renters could be evicted by the end of September, according to the COVID-19 Eviction Defense Project, with Latinx and Black renters affected the most. That’s around the same percentage of households who believe they won’t be able to make their next monthly rent or mortgage payment, a Census Bureau survey found.

Some states that implemented and then lifted rent moratoriums during the pandemic have seen an uptick in eviction cases. When Wisconsin lifted its state moratorium on rent increases in May, Milwaukee saw a 13% increase in eviction cases by the end of June, two-thirds of which were in majority Black communities.

In contrast, Ithaca, New York, where 70% of residents rent, became the first city to pass a resolution giving the mayor approval to cancel rent. The proposal, which is awaiting approval from Gov. Andrew Cuomo (D), would also ban evictions.

As families lose their homes, they’re forced to live in more densely populated places, whether it’s in shelters, on the streets or doubling up on housing arrangements ― conditions in which COVID-19 is more easily contracted. States currently experiencing a record number of coronavirus cases are also expected to face high rates of evictions in the coming months. In Florida, which recently shattered the U.S. record for most coronavirus cases in a day, 51% of renter households are at risk of eviction, according to a CNBC analysis. In Texas, a state that has also seen an alarming rise in cases, 48% of residents are at risk of eviction. 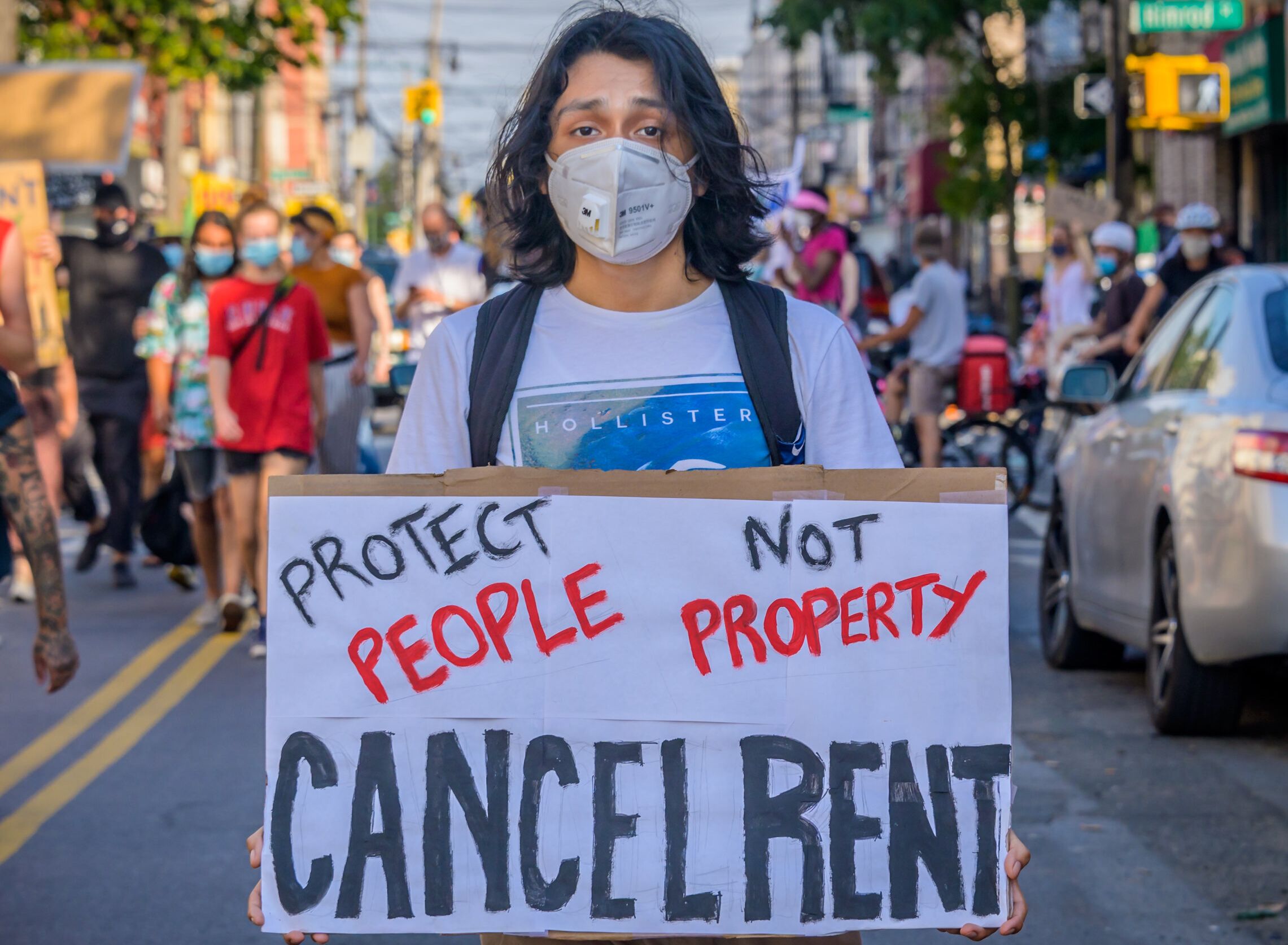 The current crisis is “like nothing we’ve ever seen,” John Pollock, coordinator of the National Coalition for a Civil Right to Counsel, told CNBC. In 2016, there were 2.3 million evictions, according to Princeton University’s Eviction Lab, which tracks evictions in the U.S. “There could be that many evictions in August,” Pollock said.

A surge of evictions could undermine the rental housing market, Hepburn said, which could easily create a crisis “that would make the Great Recession look insignificant.”

For individuals who are evicted, it can have a ripple effect that will last much longer than the pandemic. “Evictions inhibit your ability to find future housing, they spoil your credit, they often lead to job loss, they can exacerbate health problems, and lead to increased reports of stress, depression and suicidal ideation,” Hepburn said.

Over the next several days or weeks, Congress and the White House will have to decide whether they’re willing to let that happen.

Senate Minority Leader Chuck Schumer (D-N.Y.) and other Democrats criticized the GOP plan for lacking an eviction moratorium. Given many Republicans’ opposition to an additional large spending bill on COVID-19 relief and Democratic control of the House, the Democratic Party will be vital in getting a package passed.

“If you can barely afford rent, can’t find work, can’t feed your kids or are fighting for your family’s future, the Republican plan leaves you out in the cold,” Schumer said Tuesday.

More from HuffPost US:
Madonna Shares Coronavirus Conspiracy Video And Says Cure Is Being Hidden
Trevor Noah Names The 2 Choices Facing America And One Involves 'Demon Sperm'
Millions Of Americans Are About To Be Homeless, And It’s Totally Preventable