Shortly after President Trump announced his plan to halt travel from Europe to combat the coronavirus pandemic, one woman on vacation with her family in Paris scrambled to change their flights to get back home before the ban took effect.

Anne, who didn't want to use her last name because of how it could affect her job as a federal worker, tried to reach Delta by phone, through its app, and from a computer to make the last-second change.

“I had an immediate sick feeling in my stomach thinking about being trapped for over 30 days,” she told Yahoo Money.

She finally found new tickets for March 12 — a day before the ban went into effect — and bought them out of desperation. The total price for the six tickets from Paris to Seattle was $19,320, with each ticket costing $3,220, according to the receipt that Yahoo Money reviewed.

The money she shelled out was for nothing. The ban only applied to Europeans; U.S. citizens and legal residents could return at any time, but that was only clarified after Trump made his remarks and an hour and a half after Anne bought the new tickets. 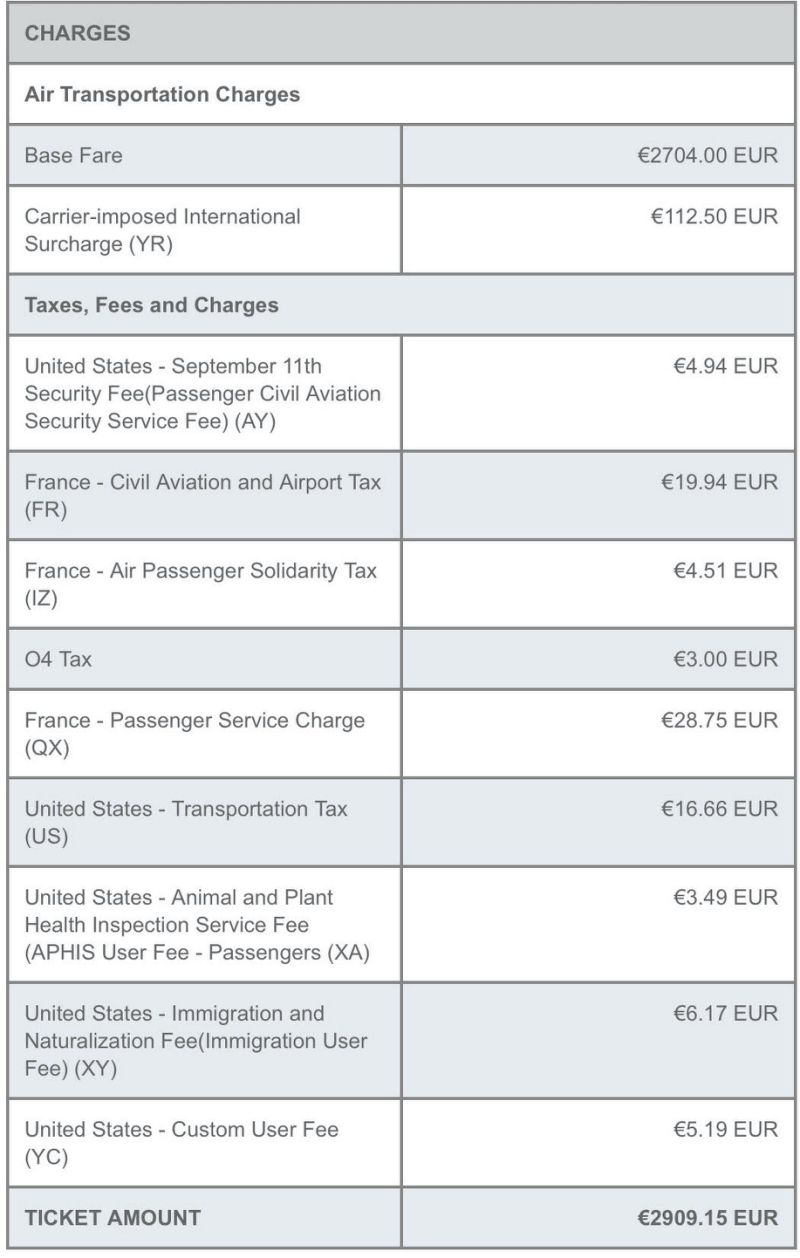 “On our way to Charles De Gaulle, we see that the White House posting that Trump said it wrong and that U.S. citizens were not included,” Anne said. “When I found out Americans were not banned, the sick feeling remained because of the amount of money we wasted.”

When the family arrived at the airport at 4 a.m., there were long lines for the ticket counters and phone lines with six-hour hold times. They also couldn’t cancel their tickets online. So, they decided to take their expensive flight back to the U.S.

There was “no way we are getting up to the counter before the expensive flight leaves,” Anne said. “We made the decision to get on it just to get out. Plus, the Department of Homeland Security posted that there may be screenings and possible quarantines for U.S. persons coming back.”

Anne has been offered a refund from Delta for their original flights, but not for the ones that cost almost $20,000. Delta has not responded to email and phone requests for comment on Anne’s case.

Anne wasn’t the only American caught up in the confusion that ended up costing money.

Terrence Curran and a friend also had a scheduled flight from Paris Charles de Gaulle airport for the day after the ban was scheduled to go into effect. While he realized the ban didn’t apply to him as a U.S. citizen, he was still afraid the ban would lead to more travel complications.

“We wanted to make sure we got home before midnight on Friday because we have no idea what ‘additional screening’ means,” Curran said. “My biggest concerns were that there would be chaos at JFK after Friday and that there is a very real possibility that all flights will get cancelled globally very soon.”

He quickly booked a ticket with the low-cost Norwegian Air. The price from Paris to New York was $350 after he searched, but by the time he clicked to buy, the price went up to $650. His friend bought a ticket for the same flight eight minutes later for $715.

“My flight was about half full, which really has me questioning why Norwegian Air had insane surge pricing for this flight,” Curran said. “How many people got stuck because they exploded the prices?”

The state of travel

As the U.S. grapples with the spreading coronavirus, one measure has been to curb the influx of foreign tourists. Travel into the U.S. has been suspended from 28 European countries, while travelers who have visited China or Iran in the last 14 days will not be allowed to enter, according to the U.S. State Department.

While these restrictions don’t apply to U.S. citizens. the State Department is advising all Americans to avoid any international travel due to the coronavirus outbreak.

As these travel restrictions have tightened, airlines have also responded by waiving change or cancellation fees.

For instance, Delta announced capping fares to European destinations through March 20. American Airlines announced waiving change fees for customers who purchased tickets to Europe prior to March 11, including the U.K., through May 31. United is waiving change fees for all domestic and international tickets issued on or before March 2 with original travel dates of March 9 through April 30.

More from Aol.com:
Marriott CEO says coronavirus is ‘like nothing we’ve ever seen,’ cuts his salary to $0
Trump says coronavirus pandemic could bring on a recession
Bill Gates steps down from Microsoft board