Scaramucci: 'I’m willing to' campaign with Obama against Trump in swing states 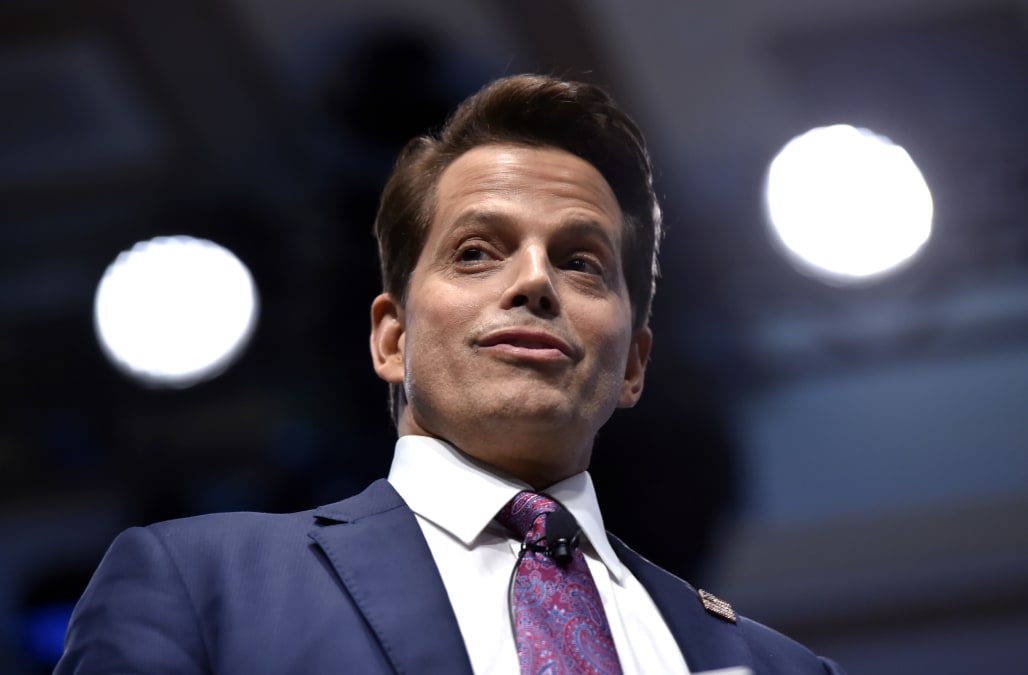 Republican and former White House Communications Director Anthony Scaramucci, the founder and managing partner of $11 billion fund-of-funds SkyBridge Capital, said he would be “willing to” campaign in swing states against President Trump in the 2020 presidential election.

“I’m telling you now if Barack Obama and Michelle Obama come into the game here and they start rebuilding the Obama coalition, you get guys like me, which I’m willing to do, going into the white ethnic areas of Wisconsin, Pennsylvania, and Michigan and explaining the systemic danger of Donald Trump,” Scaramucci said during an interview with Yahoo Finance amid SkyBridge’s 15th anniversary.

Biden, the former vice president, is considered the Democratic frontrunner ahead of Bernie Sanders after a dominant Super Tuesday. The Obamas have not endorsed a candidate and have said nothing about campaigning. President Trump flipped Wisconsin, Pennsylvania, and Michigan (among other states) from Blue in 2012 to Red in 2016, securing his election.

Scaramucci briefly served in the administration, but his tenure lasted only 10 days. His role evolved from informal and (briefly) formal advisor to the president to criticizing Trump’s actions on cable news.

A lifelong Republican, Scaramucci now actively speaks out against Trump, noting that “there are so many things about President Trump that don’t make him a Republican.”

“It’s going to be a very tight election and some of us may be able to convince people that Donald Trump is a threat to their democracy and a threat to the checks and balances system of America that’s made us all safe from autocracy and tyranny,” he said.

Coronavirus could be Trump’s ‘Hurricane Katrina’

The former Trump ally was particularly critical of how the White House has gone about addressing the coronavirus and how it’s affected the markets.

“The president’s press conference last week, that was a trillion dollars,” Scaramucci said. “The phone call [on Wednesday] to Fox News, easily a trillion dollars ripped out of the market. And so, what I would recommend to the White House: Get the president off the phone, get him off Twitter, get him out of the press room, and get experts and scientists out there to talk about what is going on and just give the American people the truth. And if you do that, markets will calm down and the volatility will tighten up again in the markets.”

Trump has been receiving criticism from many for the inaccuracies he’s publicly stated about the coronavirus.

“This could be the president’s Hurricane Katrina,” Scaramucci said. “It could be something worse than that if they don’t get a crisis response team to talk to him honestly about the mistakes he’s making.”

Scaramucci made a case that Biden would be good for the Republican Party in the long run, which he says has turned into the “Trumpist Party.”

“Somebody like Joe Biden if he won the presidency would give the Republican Party an opportunity to reset itself and recognize the mistakes it’s making under President Trump and grow demographically and renew itself if it wants to be competitive over the next generation,” he said.

This isn’t the first time Scaramucci said Biden could beat the incumbent, previously describing the former vice president as “tough” but relatable to the American public.

And it’s not just Biden that he thinks could beat Trump. Last month, he made the case that Sen. Bernie Sanders also has a chance in 2020.