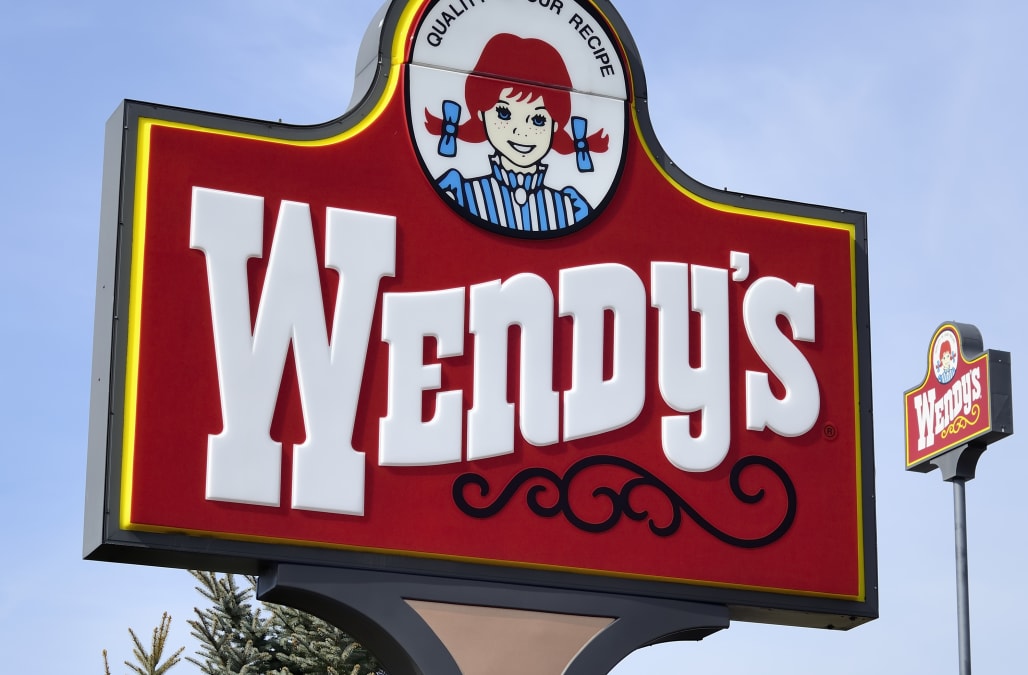 Wendy’s CEO Todd Penegor could still vividly recall downing pancakes served on a platter as a kid while sitting inside the one Wendy’s location owned by his dad, who was a franchisee in Michigan. When it wasn’t pancakes at his dad’s location for breakfast, Penegor remembers eating French toast sticks at a Wendy’s nearby his alma mater Michigan State University. HIs dad sent him paper coupons, which in the 1980s (in case there are 15-year-olds reading) was the equivalent of getting free food from a digital rewards program in 2020.

“Those breakfasts were too complicated,” Penegor reminisces in an interview with Yahoo Finance while chatting inside his large corner office, nicely adorned with Wendy’s memorabilia, at company headquarters in Columbus, Ohio.

I have gotten to know Penegor since he took over as CEO — after joining from Kellogg’s as CFO in 2013 — from the well-regarded Emil Brolick in May 2016. Penegor has always boasted a cool, calm and collected demeanor on the outside. I wouldn’t be surprised if that skill was honed in the 12 years Penegor spent at Ford working in the strategy and M&A departments — where a premium is placed on poker faces. But I thought our latest encounter would be slightly different this time as Penegor is about to pull the trigger on his biggest bet as Wendy’s CEO.

That would be the nationwide relaunch of a breakfast menu Monday, and with it a re-entry of Wendy’s into the great American fast-food breakfast wars that for years has been dominated by the McDonald’s Egg McMuffin, Burger King’s Croisan’wich and more recently chicken and egg-based sandwiches from Chik-fil-A. Maybe some stress in Penegor’s face perhaps? A sense of worry in his voice about Wendy’s — which has an unsuccessful track record in breakfast —about investing millions of dollars to reboot breakfast with no guarantee of success?

Lo and behold, Penegor is his normal self — cool, calm and collected. The ultimate poker face in full effect.

But let’s be clear here, breakfast is a big deal for Wendy’s, its franchisees and its shareholders.

If Penegor pulls this breakfast launch off (which coincides with a long-awaited aggressive expansion overseas) and gains ground, he will go down as the best CEO of Wendy’s, not named Dave Thomas. Penegor will never say that, so I will say it for him. If breakfast turns out to be a flop, Penegor will have some angry shareholders and franchisees calling up the mostly newly remodeled original Wendy’s HQ campus in Ohio.

“It has been game-planned to death,” Penegor says of the breakfast launch.

I couldn’t agree more of a process that began two years ago at Wendy’s annual leadership off-site retreat in the mountains of Colorado.

What is on the menu

Wendy’s breakfast menu will feature several premium-priced sandwiches that are quite different relative to the standard McDonald’s Egg McMuffin and Burger King’s Croissan’wich. The two showstoppers are the Breakfast Baconator and the Honey Butter Chicken Biscuit (affectionally known at Wendy’s HQ as the “Honey Buddy”). Other items include peppery potato wedges and a cold brew coffee with a touch of Frosty mix inserted. A total of 18 breakfast SKUs (stock keeping units) are on the menu.

Wendy’s head chef tells me while sampling the menu inside the company’s test kitchen the inspiration was how to get brunch on a bun and to do something different. Penegor stresses that each item is easy to make and profitable and features the trademark Wendy’s “swagger.”

Again, I would have to agree with Penegor and his culinary artists — the folks at McDonald’s and Burger King best step up their breakfast game. That’s the stone cold truth — Wendy’s is going to sell a ton of these sandwiches, at the expense of rival offerings.

First off, the food is visually appealing and ripe for the type of Instragram pics that often serve as free marketing for big food brands. Second of all, the food is damn tasty or as Wendy’s likes to call it, “craveable.” Take the Breakfast Baconator — it comes with a real cracked egg (unlike the eggs served at convenience stores), six strips of Applewood smoked bacon, a peppery sausage patty, two slices of American cheese and a Swiss Hollandaise sauce (yes, a Hollandaise sauce). I have never tasted a fast-food breakfast sandwich such as this before and to be honest, in my heydays I was a hardcore consumer of Croissan’wiches which in the 1990s was seen as revolutionary.

All of the sandwiches look built for speed of service and absurdly profitable. “If Wendy’s can’t make money on this stuff I would be shocked,” I recall thinking to myself while going for a second bite of the Honey Butter Chicken Biscuit.

Penegor is wagering consumers feel the same way as this writer. Because without question, Wendy’s hasn’t had a great track record with breakfast in the past.

The company made unsuccessful forays into breakfast in 1985 and 2007. Both times, the menu was too complicated (see panini machines during one rollout) and done on a regional basis instead of nationally as is the case today. Hence, Wendy’s inflated its costs and was unable to gain enough mindshare with loyal Egg McMuffin eaters.

Before the latest breakfast launch, Wendy’s had super simple breakfast items at 300 locations.

Wall Street has had mixed emotions on Wendy’s arrival back into breakfast. Several sources have told me the breakfast space is too price competitive and consumers are hooked on their morning sandwich staples. Mornings tend to be about rituals. Hence, some think Wendy’s will have a tough time carving out a niche with breakfast at its 5,850 U.S. restaurants and risks not getting a strong return on investment. It also risks, people say, missing Penegor’s $1 billion breakfast sales target within one-year of launch.

“It's not a matter of if Wendy’s should enter breakfast (we think that's a resounding "yes"), but rather what's embedded in expectations regarding the potential success of the platform over the next 12-24 months,” veteran restaurant analyst Jon Tower cautions.

While the naysayers on the Street do exist, it appears Penegor and his executive team have done a good job alleviating their fears since news of the breakfast debut nailed the stock in September 2019. Before the stock market’s latest drubbing in the last week of February at the hands of the coronavirus, Wendy’s stock had rallied to a 52-week high (95% of Wendy’s restaurants are in the U.S. so no outsized exposure like others to the coronavirus outbreak).

“I think there are more folks among the analyst community becoming cautiously optimistic. We are in clearly show-me mode. I think you are seeing a lot of folks saying perhaps they could pull this off,” Penegor concedes.

So the breakfast wars heat up

Penegor is under no grand illusion that winning in breakfast will be easy or that larger rivals won’t respond full force. McDonald’s breakfast accounts for 30% of their traffic and 40% of their profit, Penegor points out (a McDonald’s spokesman said via email the company has not disclosed those figures). “McDonald’s will look to defend. I think you will see everyone else defend, too,” Penegor says.

McDonald’s has randomly declared March 2 — Wendy’s breakfast launch day — as its first ever National Egg McMuffin Day. The prize for diners in search of their morning McDonald’s belly bomb: a free Egg McMuffin. Burger King has kicked off a new deal of two Croissan’wiches, two small hash browns and two coffees for a mere $5.

No way BK is making money on that promotion — it’s all about keeping traffic out of Wendy’s restaurants.

Theoretically, all of those aggressive deals should just draw attention to why they exist in the first place: a new Wendy’s breakfast menu that is hipper than what the breakfast standard bearers have been offering for decades.

“My dad always wished we had more sales and we tried breakfast a couple of times,” Penegor remembers. Now the younger Penegor is trying to follow through on that wish from his dad as CEO of the company — more sales for franchisees, thanks to an intimidating yet tasty sandwich named the Breakfast Baconator.

More from Aol.com:
Why Diet Coke may be in shorter supply due to the spread of coronavirus
Peloton settles $150 Million music copyright lawsuit for using Lady Gaga, Drake songs
Sheryl Sandberg said she worries about TikTok because it got huge faster than Facebook did