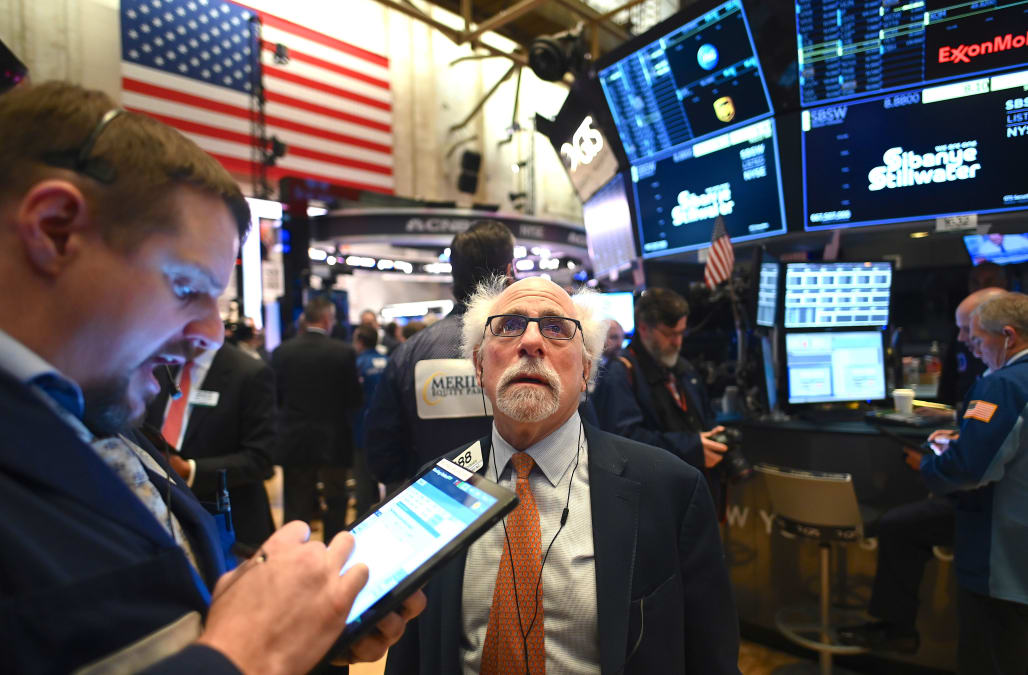 The massive sell-off was fueled by rising uncertainty about the coronavirus epidemic, and comes as multinational companies abandoned or downgraded their forecasts for 2020 due to near-paralysis in their supply chains, production lines and cargo shipping.

The Dow closed with a decline of 357 points, having fallen earlier in the day by 1,000 points for the third time this week. Thursday's historic decline of 1,190 was the biggest drop in history for the blue-chip index. The S&P 500, which was down as much as 3.7 percent earlier in the day, pared its losses to close down 0.82 percent. The Nasdaq ended the day in the green, rebounding from spending most of the session down by 3.5 percent.

Despite reassurances from the White House, institutional investors appear to have lost any hope that the global spread of the highly infectious disease has been staunched, with the number of cases continuing to spiral. A dozen countries have reported their first virus cases over the past 24 hours, including Nigeria, the biggest economy in Africa.

The White House continued to downplay any impact from the virus on the U.S., categorizing the week-long market meltdown as an over-reaction, one of many that the economy has withstood.

“Our threat assessment is low and the economy is fundamentally sound,” National Economic Council Director Larry Kudlow said Friday morning in a press briefing. "I don't think this stock market plunge is going to have any long-term effect."

"The virus is not going to sink the American economy,” Kudlow said later on Friday, speaking at the Conservative Political Action Conference in Maryland. What could “sink the economy" is “the socialism from our friends on the other side of the aisle.”

Talk has also turned to whether or not the Federal Reserve will implement a rate cut at its meeting on March 17-18 in order to steer the U.S. economy through the epidemic. Markets are currently pricing in a 0.5 percent rate cut at the next Fed meeting, a dramatic turnaround from the consensus just a few weeks ago.

While some analysts say a lower rate would calm Wall Street and encourage spending, other economists argue that the Fed's policy toolbox can only go so far to mitigate the economic fallout.

“The fundamentals of the U.S. economy remain strong,” Federal Reserve Chairman Jerome Powell said in a statement released Friday afternoon. “However, the coronavirus poses evolving risks to economic activity. The Federal Reserve is closely monitoring developments and their implications for the economic outlook. We will use our tools and act as appropriate to support the economy.”