Most face masks won’t protect you from the coronavirus 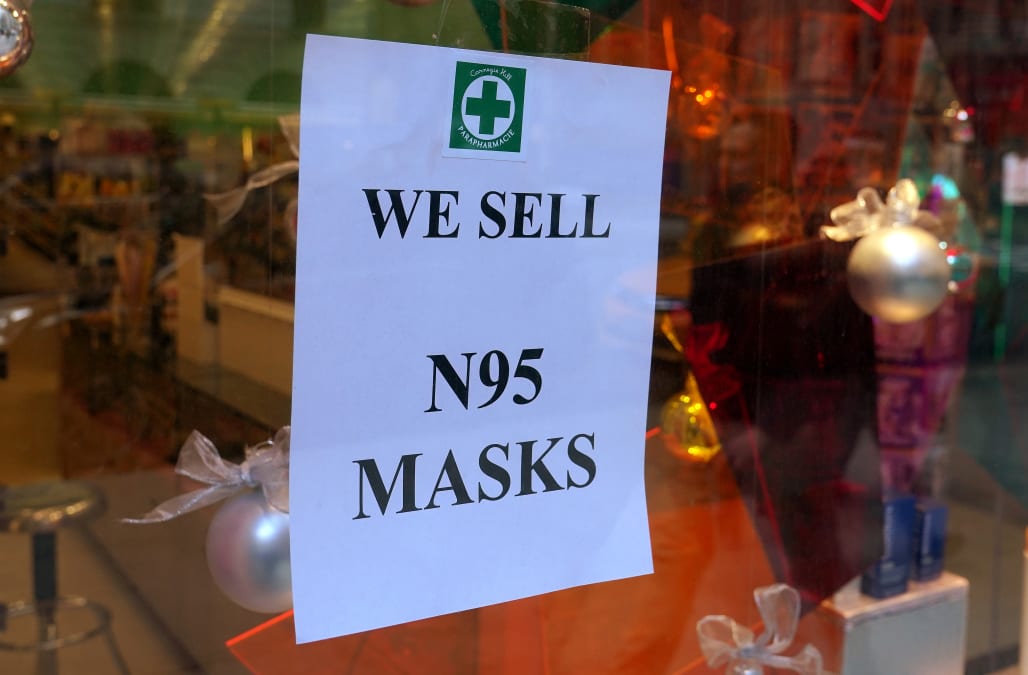 As the coronavirus outbreak continues to spread around the globe, including in the U.S. where 57 people have tested positive for the virus, many people are buying surgical face masks to protect themselves. And demand for the products has continued unabated since the initial reports of the virus began hitting the news.

Retailers tell Yahoo Finance they are continuing to see steady demand for items including face masks and hand sanitizer in many of its stores, while manufacturers are working to further increase output to countries around the world.

But simple surgical masks won't prevent wearers from the virus, which has infected thousands across the globe, killed nearly 3,000 people, and spread to 38 other countries outside of China including the U.S. If anything, those who are already infected should be wearing masks.

"We know that those types of surgical masks are important to prevent transmission from someone with infection to other people, and that's pretty routine practice for infections that are spread by respiratory droplets like viruses," Dr. Jeffrey D. Klausner, professor of medicine and public health at the David Geffen School of Medicine at UCLA, told Yahoo Finance during a January interview.

"However, there is no data to suggest that in people who are not infected that they provide any protection to prevent infection, to prevent exposure in terms of the typical surgical type mask," he added.

RELATED: Take a look at the coronavirus across the globe:

The coronavirus has now infected roughly 82,00 people, and has led to the lockdown of millions of residents around the epicenter of the outbreak in Wuhan, China. On Tuesday, Nancy Messonnier, the Centers for Disease Control and Prevention’s director of the National Center for Immunization and Respiratory Diseases, told reporters that it’s not a matter of if, but when the coronavirus, known as COVID-19, spreads across the U.S.

A spokesperson for Home Depot (HD) told Yahoo Finance that the company is continuing to limit the number of masks sold to consumers to 10 per customer. At Walgreens, meanwhile, demand for items like face masks and hand sanitizer remains high.

Honeywell, which produces items like face masks, told Yahoo Finance that it has increased production for its products and will continue working to ensure it has enough supplies available for consumers.

It makes sense that those afraid of contracting the virus would want to take preventative measures to keep themselves safe. But, unfortunately, most face masks won't protect you against the virus.

The masks can, however, prevent you from spreading coronavirus to other people.

It's important to note, Klausner explained, that the coronavirus is a respiratory virus, not an airborne illness like, say, measles, which can linger in an area for some time.

In order for someone to pass coronavirus to another person, the infected individual would need to cough or sneeze near the uninfected person. Those respiratory droplets, as Klausner called them, can then float toward anyone within a 3- to 6-foot dispersal area, before quickly falling to the ground.

There are some masks that can prevent people from catching coronavirus and other respiratory illnesses, though. There’s evidence to show that respirators, such as those with an N95 rating, can be effective, Klausner said. But they're also uncomfortable to wear for a very long time.

There could be some good to more people wearing face masks, however. According to Klausner, the uptick in awareness of the virus could lead more people to wash their hands, and avoid touching their eyes, nose, and mouth. And that may be among the most effective means of prevention available.

An earlier version of this post ran on Jan. 31.