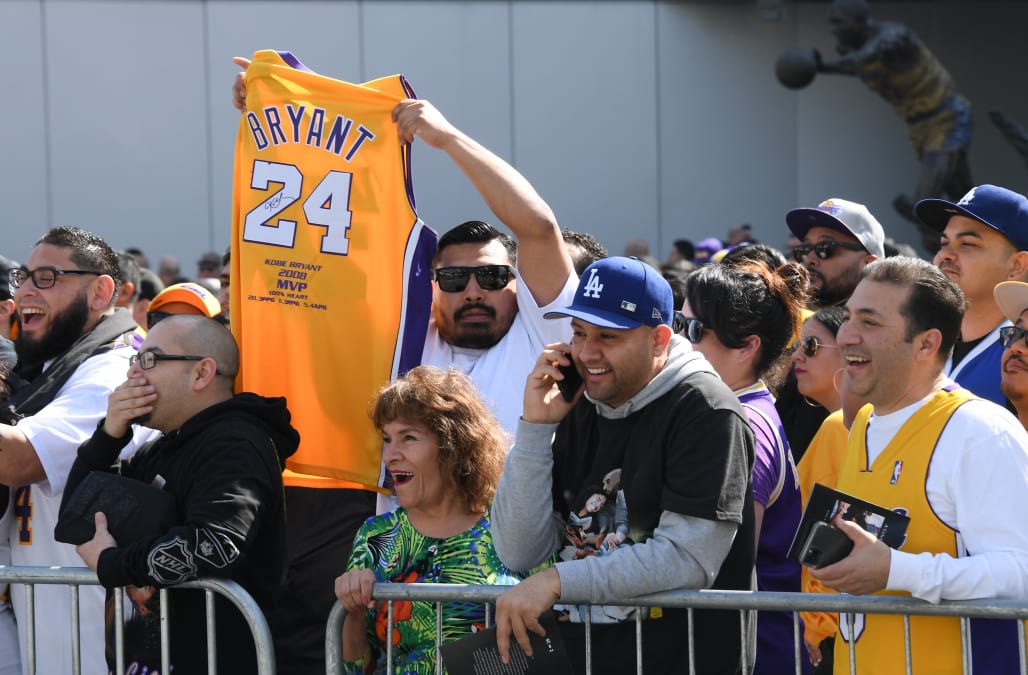 Online marketplace eBay is refusing to sell any memorabilia from Kobe and GiannaBryant‘s public memorial due to a policy that prohibits sellers from profiting off of “human tragedy or suffering.”

Earlier this week, over 20,000 fans, celebrities, and pro athletes alike gathered at the Staples Center in Los Angeles to celebrate the lives Kobe, his daughter Gianna and the seven other passengers who died last month in a helicopter crash.

Shortly after the ceremony which was broadcast all over the world, programs, pins, shirts, and other items from the service made their way on eBay and were being sold at exorbitant prices. In one instance, a single XL shirt sold for an astounding $2,025.

RELATED: Take a look at Kobe Bryant and his family through the years:


But according to TMZ Sports, those looking to make a quick dollar off of the loss of the NBA legend will have to seek another venue. eBay is now working frantically to remove all Bryant memorial day related items from the site due to a strict policy they have against turning pain into profit.

READ MORE: Nike releases touching tribute to Kobe Bryant on the day of his memorial service

Items from the Kobe and GiGi memorial are already up for sale on eBay.

The publication reports that in one correspondence they explained to a seller, “Please note, due to sudden and tragic passing of Kobe Bryant – eBay has made the decision to prohibit the sale of merchandise, images and mugs relating to their passing.”

“We do not allow listings that attempt to profit from human tragedy or suffering,” the message continued.

READ MORE: Staples Center, the “House that Kobe Built”, turns into memorial site for fans of Bryant and Gianna

The policy does allow traditional Kobe items not related to the end of his life such as photos, jersey, autographs, jerseys, photos, etc to be sold. Only items directly connected to his death are prohibited. These less controversial items are still in high demand and their prices have only skyrocketed following the Los Angeles Lakers’ death.

Experts speculate it is only a matter of time before those determined to sell items from the memorial find a more accommodating online space to sell their wares.